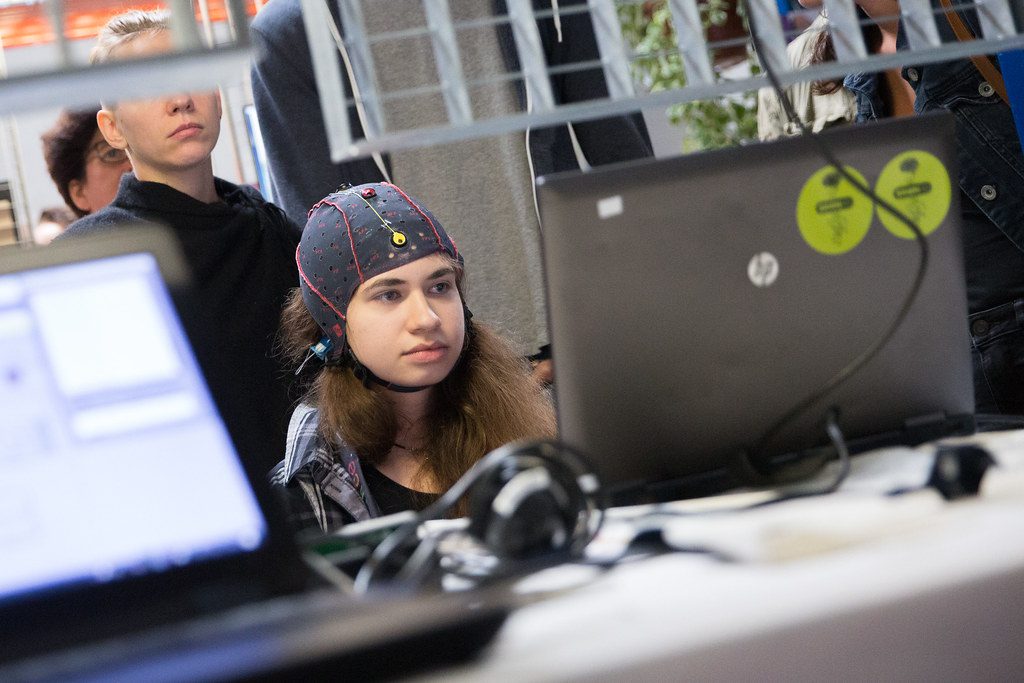 Equipped with electroencephalogram headsets powered by brain-computer interface (BCI) technology, participants flew drones down a ten-yard course using only their brainwaves. The race was about as exciting as watching turtles scurry across a parking lot – but the feat was nonetheless impressive.

BCI is a system that translates brain signals into commands comprehensible to output devices. Most often, this technology is used to allow individuals who are paralyzed to have control of prosthetic limbs. To make this possible, electroencephalogram headsets are calibrated to an individual’s brain. The calibration is pretty much like programming commands on your keyboard for a game, where you specify that certain letters move your character up, down, left, and right. Except, in this case, each person’s neuron activity is used, translated, and recorded into these commands.

Human-centered computing Phd student Chris Crawford thinks making BCIs a familiar concept to the public is a good way to spread awareness of the existence and accessibility of the technology. “With events like this, we’re popularizing the use of BCI instead of it being stuck in the research lab,” he says. “BCI was a technology that was geared specifically for medical purposes, and in order to expand this to the general public, we actually have to embrace these consumer brand devices and push them to the limit.”

The race was organized by computer science students and Professor Juan Gilbert of the University of Florida. With the relative success of the first brain-controlled drone race and the technology’s wealth of potential, Gilbert has invited other universities to build teams for a race in the next year.

According to techcrunch.com; futurism.com; digitaltrends.com. Source of photo: internet