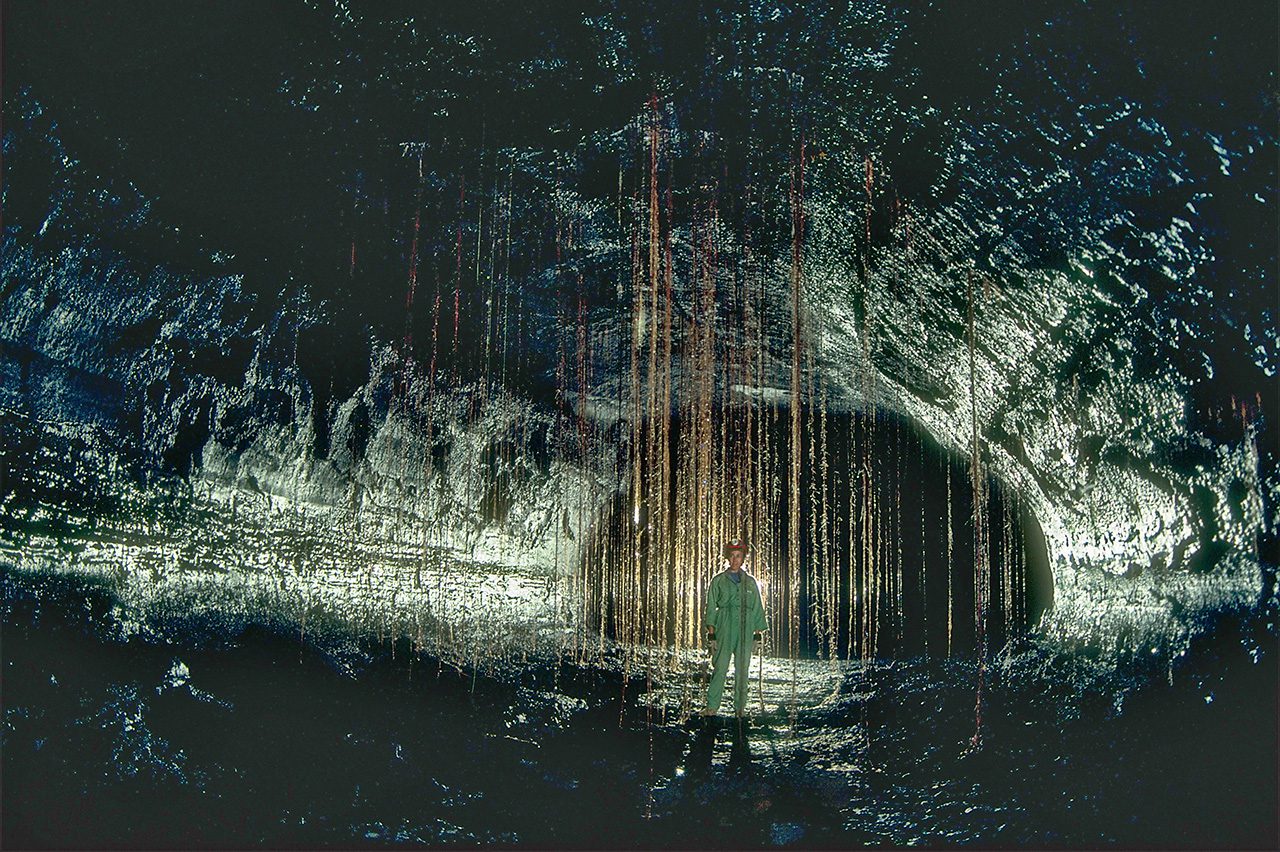 One of the earliest documentations of Kazumura Cave was in 1966 when one of its entrances was designated as a fallout shelter. By the early 1970s, the cave had entered into the awareness of the caving community when Francis Howarth discovered new troglobitic invertebrate species, Schrankia howarthi. Later in 1981, a British expedition ended up surveying 11.7 km of the cave and it was then recognized as one of the world’s longest lava tubes. By 1993, a single year of extensive surveying established that it was the longest in the world. Originally Kazumura was two separate caves known as Upper Kazumura and Old Kazumura. Kevin Allred and Mike Meyer connected the two caves after seeing a small connection between the two caves and enlarging it to permit entry. More connections were made later at Paradise Park Cave when it was connected to Kazumura through a breakdown pile. Later, a culvert was installed to keep the passage stable. Sexton Cave was discovered nearby; its passage ended where Kazumura’s began. After some digging in black lava rock, Kevin and Mike Shambaugh got close to connecting these two caves. Eventually Shambaugh connected them after continuous digging. Kevin and Carlene Allred then surveyed the combined caves to a total of 29.32 miles (47.19 km), which made it the longest lava tube in the world.

According to en.wikipedia; caverbob.com. Source of photo: internet