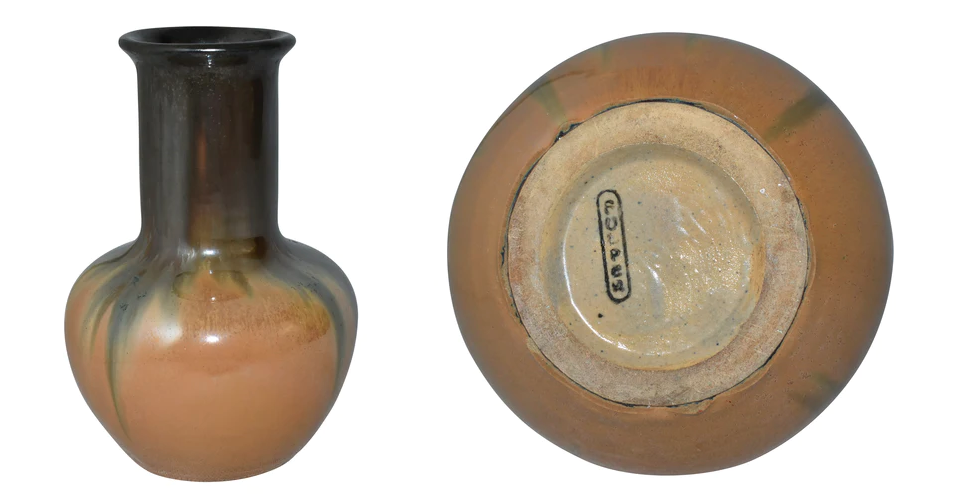 Fulper Pottery was incorporated in 1899 although the company was well established prior to this date. The first art pottery line introduced by Fulper was Vasecraft in 1909. In 1910, Martin Stangl became Fulper’s ceramics engineer. Stangl was responsible for the development of many of the art pottery forms and glazes for Fulper.

In 1929 Stangl acquired Fulper Pottery, and art pottery continued to be produced in much smaller quantity and lower quality until about 1935. In 1935, Stangl shifted to production of dinner ware, and in 1955, the company was renamed to Stangl Pottery.

Most of Fulper’s early work, up to and including the late teens, represents the superior quality glazes for which the company is famous. Fulper Pottery used approximately 100 glazes, ranging from the Chinese-inspired “famille rose” to the pale “Alice blue” and deep “verte antique” glaze. Markings included the name Fulper in a vertical box, with later shapes bearing the impressed horizontal “Fulper.” Some pieces by Martin Stangl include his cipher, with the “M” juxtaposed over the “S” initial.

According to .invaluable.com; justartpottery.com. Source of photos: internet