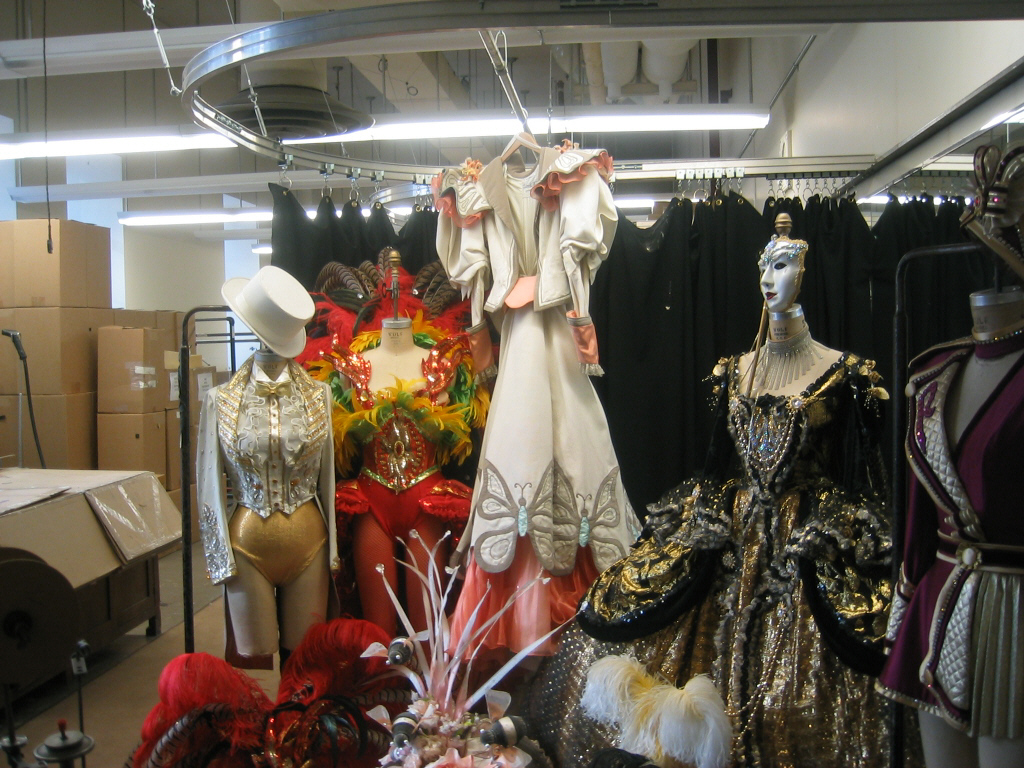 Founded 150 years ago and now in its fourth location within Baltimore, A.T. Jones is believed to be the oldest continually running costume shop in the country, and it’s as storied as the plays and operas for which it provides wardrobes. Its history is revealed in row after row, floor after floor of past work—theatrical costumes that have been designed, sewn, labeled, and boxed away.

Nearly half a chunk of a city block along North Howard Street serves as costume storage and is a testament to the shop’s longevity. Three floors and a basement at 708 North Howard (plus an additional four-story building next door that was purchased in the ’80s) houses thousands of articles of clothing, some of which are actual antiques, like military uniforms from past wars. Boxes and bins are stacked on sky-high shelves, stuffed with hats (top hats, pork pie hats, bonnets, tiaras), wigs, gloves, shoes, and miscellaneous accessories. There are even boxes labeled “tree limbs” for the characters that throw the apples at Dorothy in the stage adaptation of The Wizard of Oz.

Alfred Thomas Jones started renting out costumes in 1868.   He purchased Confederate and Union army uniforms as well as parade and masquerade ball costumes. These costumes served Mr. Jones well as he was able to rent them for masquerade balls, a popular form of high society entertainment in the late 19th century. A costume from one season could be altered and rented the next.

The costume rental business included supplying local theatre companies. Many of the famous actors of the 19th century depended on the Jones family.

A. T. Jones began by renting costumes for parades, pageants, and theatrical productions, as well as formal wear to young men who could not afford to purchase them. Through the next century and a half, his descendants and successors have adapted to the times and changing demands. His son Ehrich joined the business and has expanded the market to include opera and theatre companies throughout the United States.

The one costume that is in great demand every year is for Santa Claus. Ever since the first department store version of the fat, jolly, white-bearded old man made its appearance in the 19th century, there has been a run on large red suits with white trim every December. A.T. Jones is always ready to meet the demand from department stores and charitable organizations for Santa costumes.