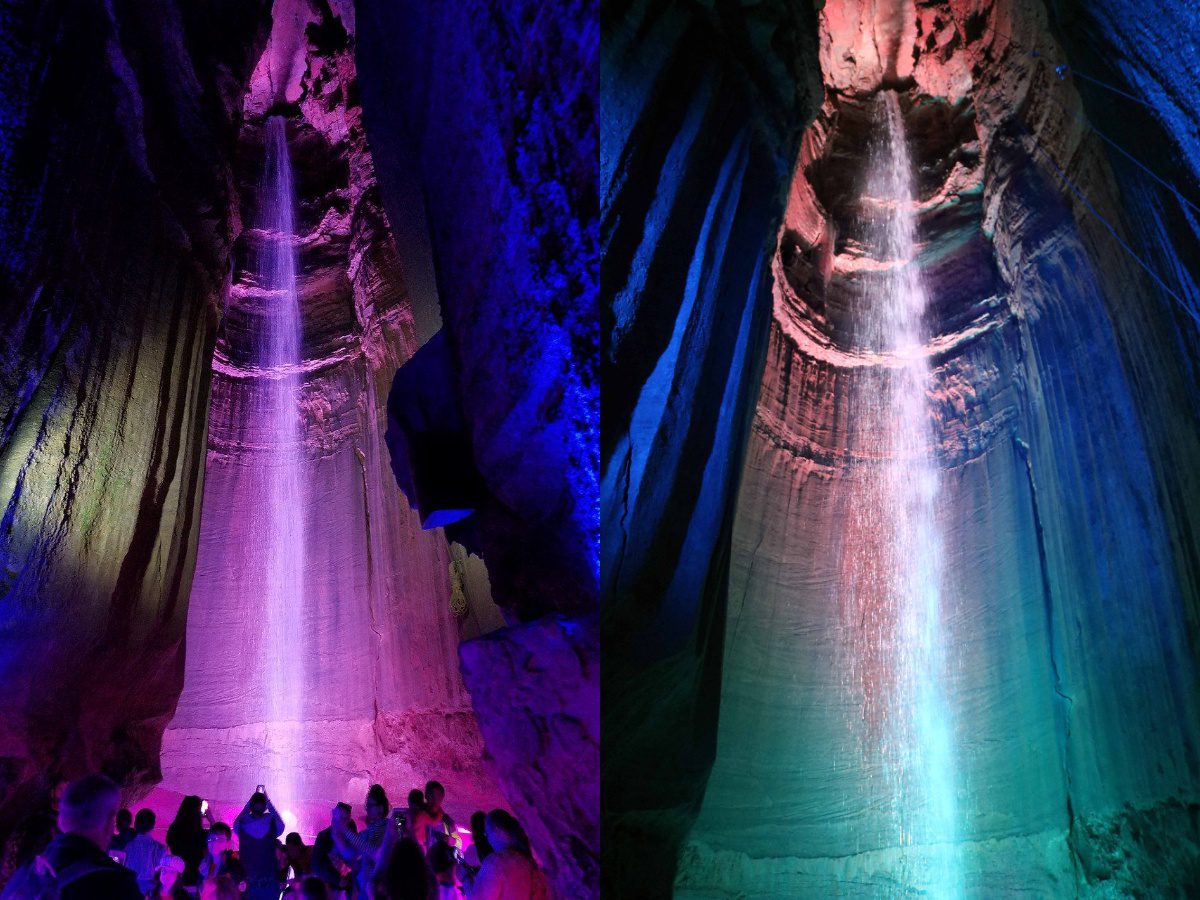 Ruby Falls is located at the heart of Lookout Mountain in Chattanooga, Tennessee. It is also the nation’s tallest and deepest underground waterfall. The falls are located more than 1,120 feet beneath the mountain’s surface. Ruby Falls was Tennessee’s hidden gem for millions of years until it was discovered in the early 20th century.

The discovery of Ruby Falls came about by accident. Cave enthusiast Leo Lambert wanted to reopen the natural entrance of Lookout Mountain Cave, which had been sealed by railway construction. In 1928, while trying to find a different way into the cave, Lambert and his crew discovered a void located about 160 feet above the Lookout Mountain cave. After further inspection into this mysterious new cave, they discovered an underground waterfall.

During Lambert’s next exploration into this cave, he brought several people, including his wife Ruby, to witness the amazing natural wonder that he and his crew discovered. Lambert then told his wife that he would name the waterfall in her honor. He opened both Lookout Mountain Cave and the newly named Ruby Falls Cave to the public in 1929.

Though it may not be Tennessee’s most iconic landmark, it is definitely an impressive sight to see at least once in your lifetime. The waterfall is the marvelous jewel of Ruby Falls Cave, but there are other fascinating features to see in the coolest caves in the world.

According to theactivetimes.com. Source of photo: internet