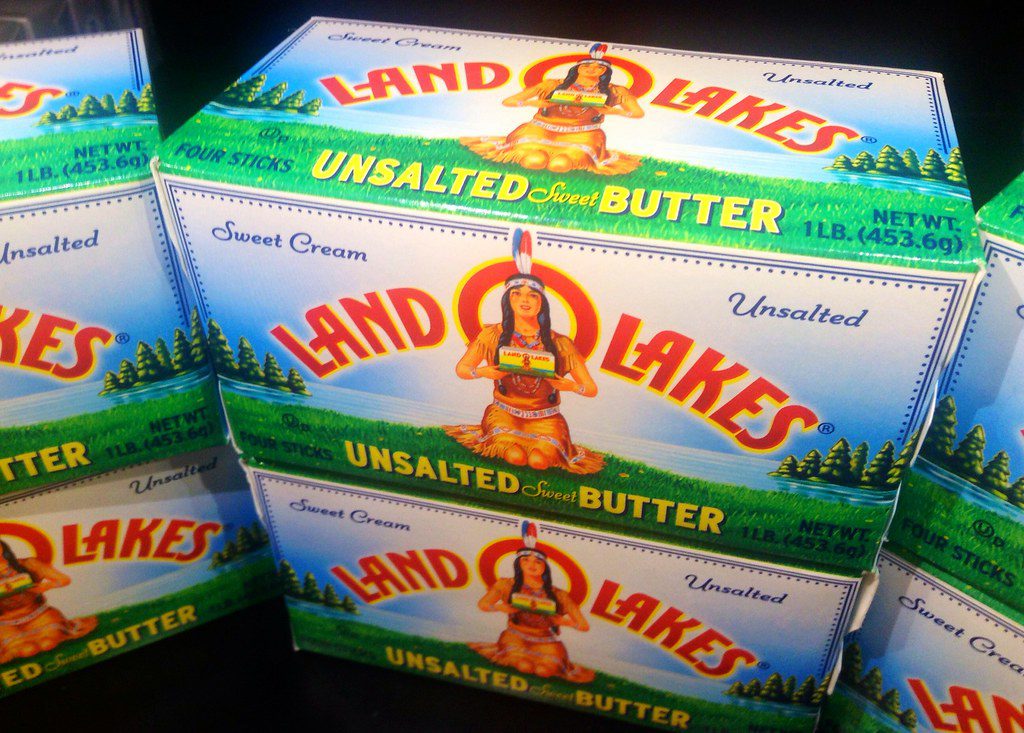 Land O’Lakes, Inc. is an American member-owned agricultural cooperative based in the Minneapolis-St. Paul suburb of Arden Hills, Minnesota, United States, focusing on the dairy industry. The cooperative has 1,959 direct producer-members, 751 member-cooperatives, and about 10,000 employees who process and distribute products for about 300,000 agricultural producers, handling 12 billion pounds of milk annually.

The co-op is one of the largest producers of butter and cheese in the United States through its dairy foods business; serves producers, animal owners and their families through more than 4,700 local cooperatives, independent dealers and other large retailers through its Purina Animal Nutrition (Purina Mills) business; and delivers seed, crop protection products, agricultural services and agronomic insights to 1,300 locally owned and operated cooperative and independent agricultural retailers and their grower customers through its WinField United business.

Land O’Lakes was founded on July 8, 1921, in Saint Paul, Minnesota, by representatives from 320 cooperative creameries as the Minnesota Cooperative Creameries Association. This organization aimed to improve marketing and quality of butter, and thus increase the profitability of dairying.

The Association developed and implemented the systematic inspection, grading, and certification of butter from member creameries, resulting in greater uniformity of product. The improved quality and uniformity, and the reliability of its grading system, were touted in advertising materials. In 1924, the uniformly graded sweet cream butter was given the name “Land O’Lakes” after a contest, and the certificate forms used by the Association included the “Land O Lakes” marketing name (Minnesota’s state nickname is “Land of 10,000 Lakes”).

According to Statista; en.wikipedia. Source of photo: internet