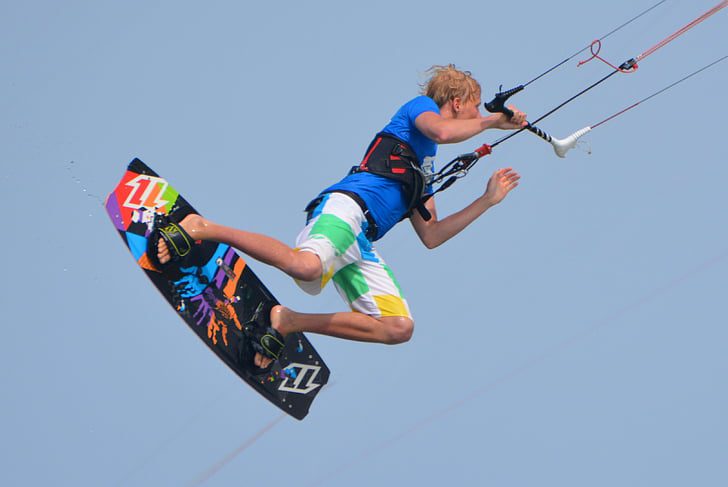 Launching yourself from a plane flying at thousands of feet towards the ground is itself a spine-chilling experience. Imagine combining the jump with spinning like a helicopter, and the level of anxiety shoots up to the sky. But a man from the USA did it like it was a walk in the park, and even bagged a World Record to his name.

KEBE Keith Edward Snyder, a sky professional sky surfer, jumped from a plane flying at the height of 13,500 feet with a surfing board attached to his feet and did a staggering 160 helicopter spins across 8,500 feet fall before exiting the spinning spree. The record made by Keith was against the backdrop of the Great Pyramids of Giza.

The Guinness World Record shared the video of Keith’s successful attempt on Instagram. “Intense skysurfing helicopter spins above the Pyramids of Egypt with KEBE Keith Edward Snyder (USA),” read the caption. The gyre that Keith achieves in the video is enough to spin your brain by just looking at it. It is so fast that it almost looks animated.

“It is a very large blast of air that hits you. Just for the board not to swirl out from underneath me, and then us restarting everything – that in itself is a major success,” said Keith, in a press release. He added, “Regarding the dizzy feelings or disbalance, my mind experiences these things differently now. There is also tolerance that has built over time.”

Keith was introduced to skydiving in the 1990s when he saw Skysurfing World Champions, Rob Harris, doing what he does best during X Games, an annual event organized by ESPN. “He was smiling. He was spinning so incredibly fast and smooth. ‘What is that guy doing, and what does he understand for him to be smiling?’ I wanted to understand that, and hence began my journey,” said Keith. According to Keith, making the record flying over the pyramids of Giza adds an exciting element to it and fosters a certain level of energy and connectedness.

According to news18.com. Source of photo: internet