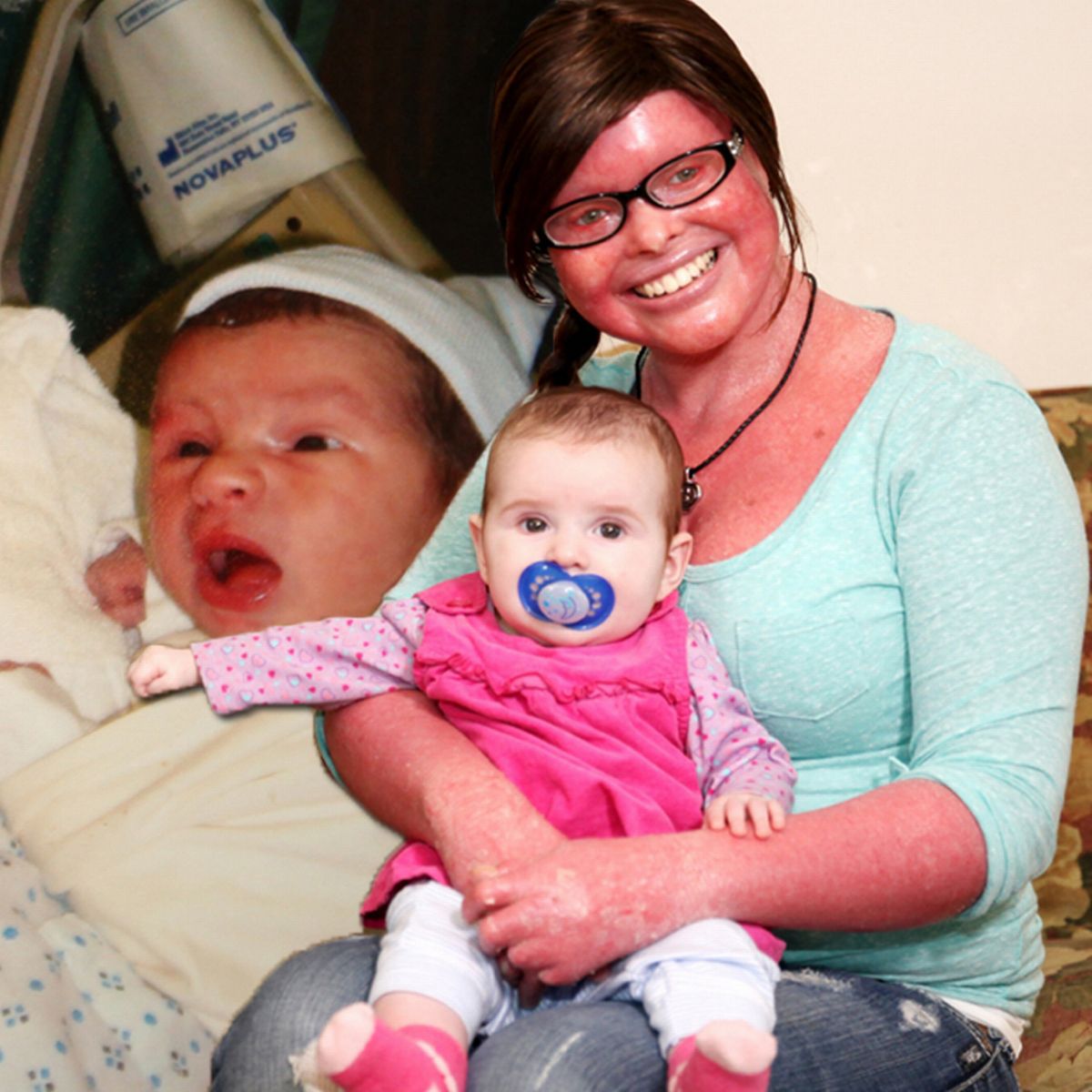 Stephanie Turner was born with Harlequin Ichthyosis, an extremely rare and severe genetic condition that makes a person’s skin hard, thick, and prone to cracking.

“When I was born, I had huge cracks in my skin and it was completely open to everything, it was awful,” Stephanie explained. “Babies would die from dehydration, from infection. The skin was so tight it made it hard for babies to breathe, it was just an awful, awful situation.”

Unable to sweat, Stephanie was at risk of overheating or getting an infection. She also shed skin quickly, could not grow hair, and did not have a top layer of skin. Despite her condition, Stephanie thrived as a child and teenager. She took ballet, became a cheerleader, a hunter, and found true love.

When Stephanie and her husband, Curtis, decided to start a family, doctors warned that pregnancy and giving birth would be very dangerous. The doctor’s warnings didn’t stop Stephanie, who said all she ever wanted to be was a mom. In May 2013, she became the only person in the world with Harlequin Ichthyosis to give birth. William Kurtis Drake Turner was born without the condition, which requires both parents to have the specific gene mutation that causes it.

Stephanie became an inspiration to those of us who continued to follow her courageous journey.

“There are a lot of kids who have disabilities of all kinds, whether they are visible or not,” she said. “Giving up wasn’t an option for us and it never has been. That’s why I don’t, I don’t let anything stop me.”

According to gonetoosoon.fandom.com. Source of photos: internet