American geologist, oceanographer and former NASA astronaut and US Navy officer Kathy Sullivan holds the records for being the first American woman to walk in space and the first woman in the world to dive to the deepest part of the ocean. As with her exploration of the furthest humanly possible locations, her life has been one of extremes.

Born into a family that encouraged her to follow her passions, she originally intended to be a linguist and work for the foreign service. However, an interest in science and technology led to her joining NASA and later the US Naval Reserve. 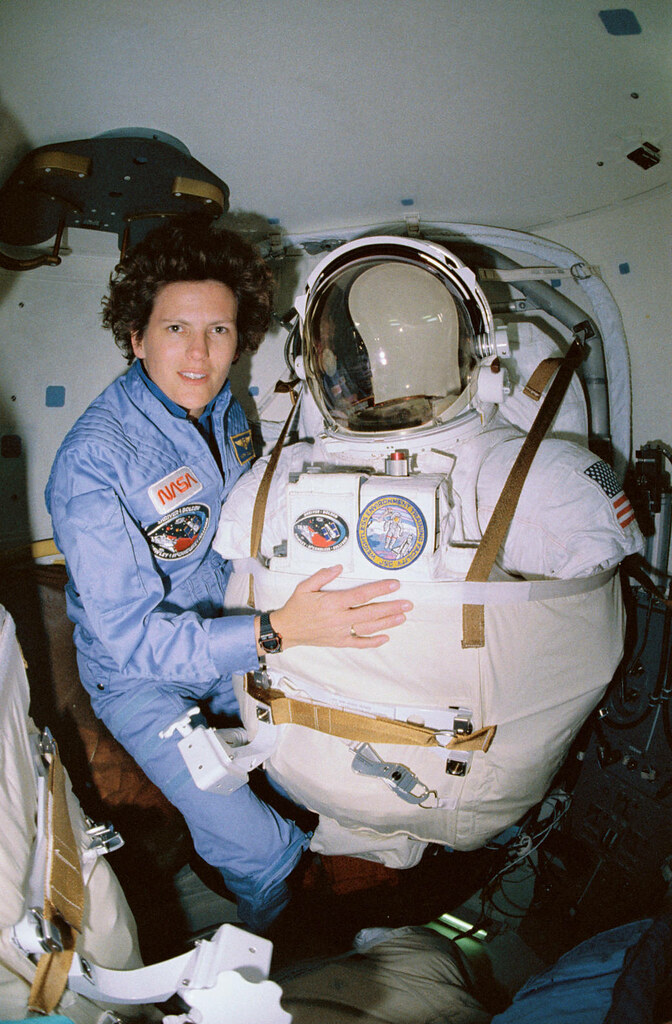 Driven by a belief that as nations and individuals we should push the boundaries of knowledge about the world we live in, she stated that she wanted to go to space to “see the Earth from orbit with my own eyes”. Still actively involved in technology and exploration, she has said that she thinks she will be “exploring until they put me in a little wooden box at some point in the future.”

On 11 October 1984, Sullivan became the first American woman to leave a spacecraft by performing a 3.5 hour spacewalk to demonstrate the feasibility of an orbital refuelling system on a satellite in orbit. While at NASA she became the first woman to be certified to wear a US Air Force pressure suit, and in 1979 she set an unofficial sustained American aviation altitude record for women of 19,000 metres over a four hour flight.

In total, she undertook three spaceflights in the space shuttles Discovery, Challenger and Atlantis, and conducted a number of experiments that studied the earth’s atmosphere. After 532 hours in space and an illustrious career on earth, she retired from NASA in 1993.

According to historyhit.com; en.wikipedia.org. Source of photos: internet