The Olathe Boot Company has made lasting footprints in American history by making the boots worn by cowboys, outlaws, presidents, and many others since 1875. C.H. Hyer learned the art of boot making from his father William, who immigrated to Illinois from Hanover, Germany in 1850. C.H. Hyer moved to Leavenworth, Kansas, for a railroad job. In 1872, after his railroad job ended, he taught leather work at the Kansas State School for the Deaf in Olathe, Kansas. Hyer began making shoes out of his home to supplement his income in 1875 and later opened a small boot shop in Olathe.

According to legend, Hyer’s reputation started when a lone cowboy rode up to Hyer’s shop in 1876 wanting a new boot design. With a pointed toe, raised heel and a scalloped top, the new boots were proudly worn to the Colorado range by this nameless cowboy, who told others about the fine boot maker. 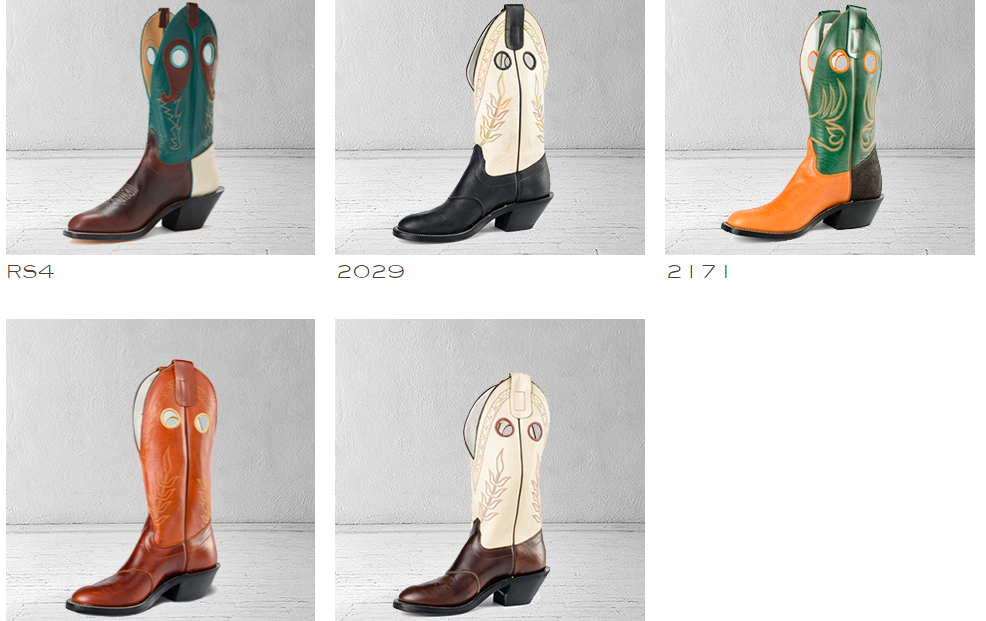 In the years that followed that first satisfied cowboy, the Hyers developed a measurement chart to send out with their flyers that enabled customers, even cowboys at the remotest ranches, to order custom-made boots to fit their precise size and fashion preference. The business blossomed and, by 1900, it had grown from two employees to 15.  During World War I, the Hyers made boots for the officers at Fort Leavenworth and at Camp Funston.  By the 1960s more than 70 people were busy making boots for a worldwide clientele.

In 1903 the firm moved from its original location to a three-story brick building. In 1914 an empty hotel building next door was acquired and converted to factory space. In 1964 a new 23,000-square-foot facility was built to include all the modern requirements of employee comfort, manufacturing convenience, and economical operation.

Olathe Boot Company was purchased in 2001 by Western Leather Goods, the same good people that make Rios of Mercedes and Anderson Bean boots. All Olathe Boot boots are made by hand in Mercedes, Texas.