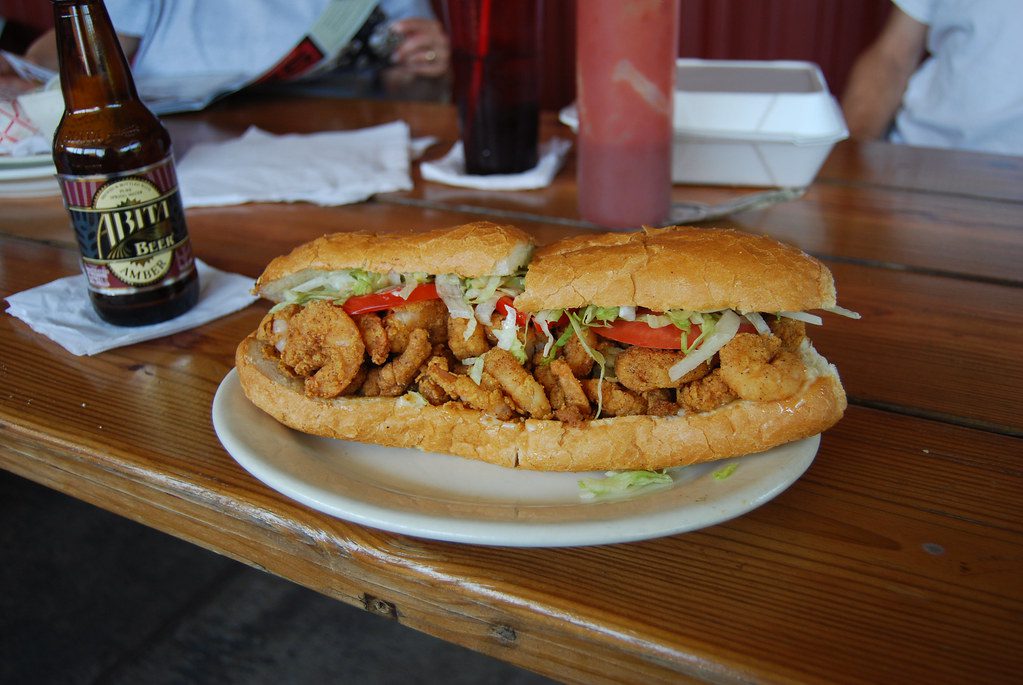 Visitors to the French Quarter will find a wide variety of po-boys purveyors serving these classic French bread sandwiches, but first a short history lesson will set the scene.

History of the Po-Boy

As with most elements of New Orleans history, the origin of the po-boy has competing versions flavored over the years by creative storytellers and self-appointed authorities of dubious veracity. But the most widely accepted story holds that the sandwich was invented by Clovis and Benjamin Martin, brothers and former streetcar drivers who opened a restaurant on St. Claude Avenue in the 1920s.

When streetcar drivers went on strike in 1929, the brothers took up their cause and created an inexpensive sandwich of gravy and spare bits of roast beef on French bread they would serve the unemployed workers out of the rear of their restaurant. When a worker came to get one, the cry would go up in the kitchen that “here comes another poor boy!,” and the name was transferred to the sandwich, eventually becoming “po-boy” in common usage.

Hot roast beef po-boys dripping with gravy are the close relatives of these originals, but po-boys now come in any variety sandwich makers can dream up. Fried seafood are the most popular versions, drawing on the abundant local resources of the Gulf and bayous, but hot or smoked sausage, ham and cheese and hamburger are also common. 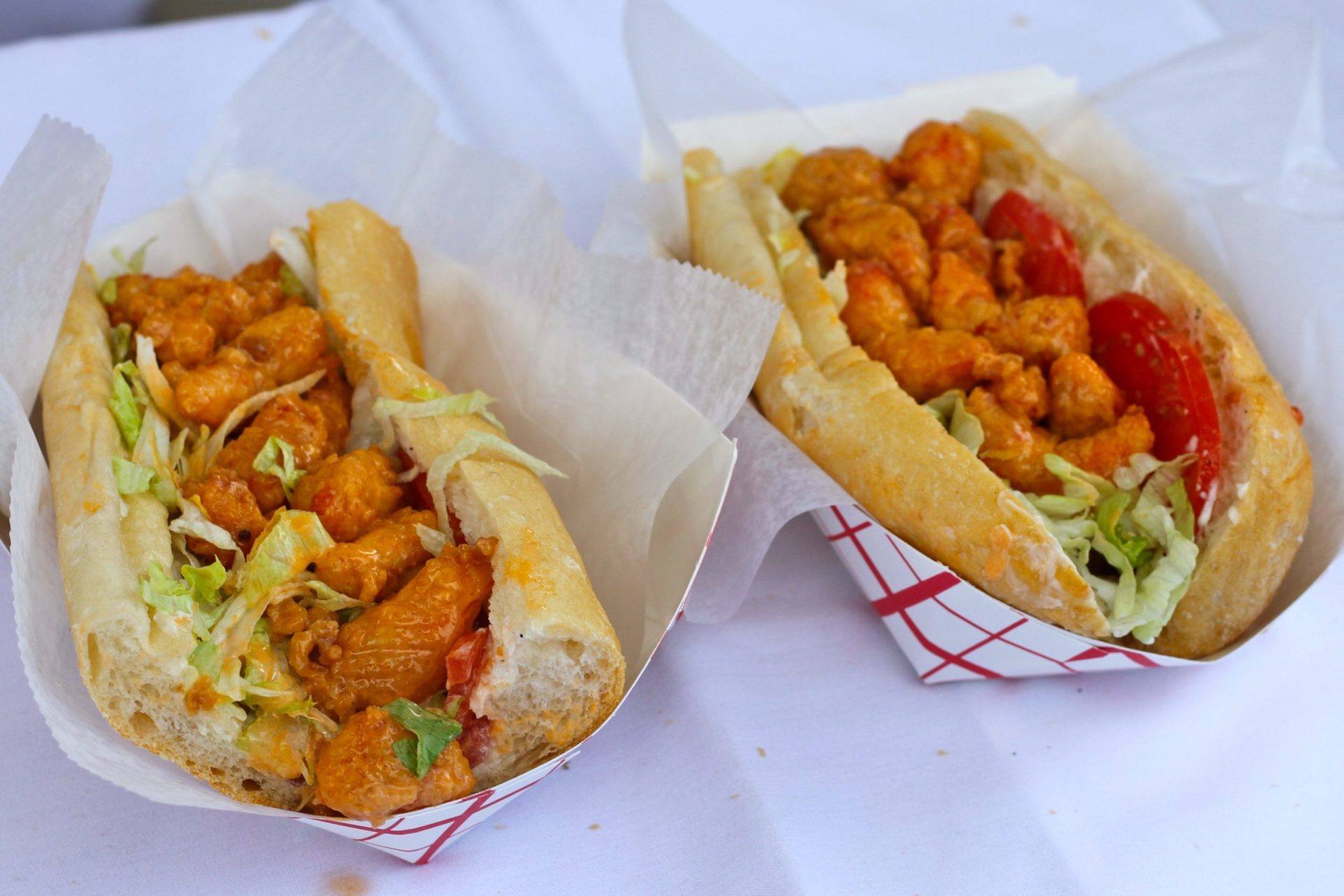 The most unusual is probably the French fry po-boy, which simply pairs French fries, gravy and condiments within the French bread loaf. These are always the most inexpensive sandwich at restaurants that serve them. With all po-boys, remember that “dressed” means a topping of shredded lettuce, tomatoes, mayonnaise and pickles.

Each year there is a festival in New Orleans dedicated to the po’ boy, the Oak Street Po’Boy Festival. It is a one-day festival that features live music, arts, and food vendors with multiple types of po’ boys. It is held in mid-November along a commercial strip of Oak Street in the city’s Carrollton neighborhood. The festival gives “best-of” awards, which gives the chefs an incentive to invent some of the most creative po’ boys.

According to en.wikipedia.org; frenchquarter.com. Source of photo: internet