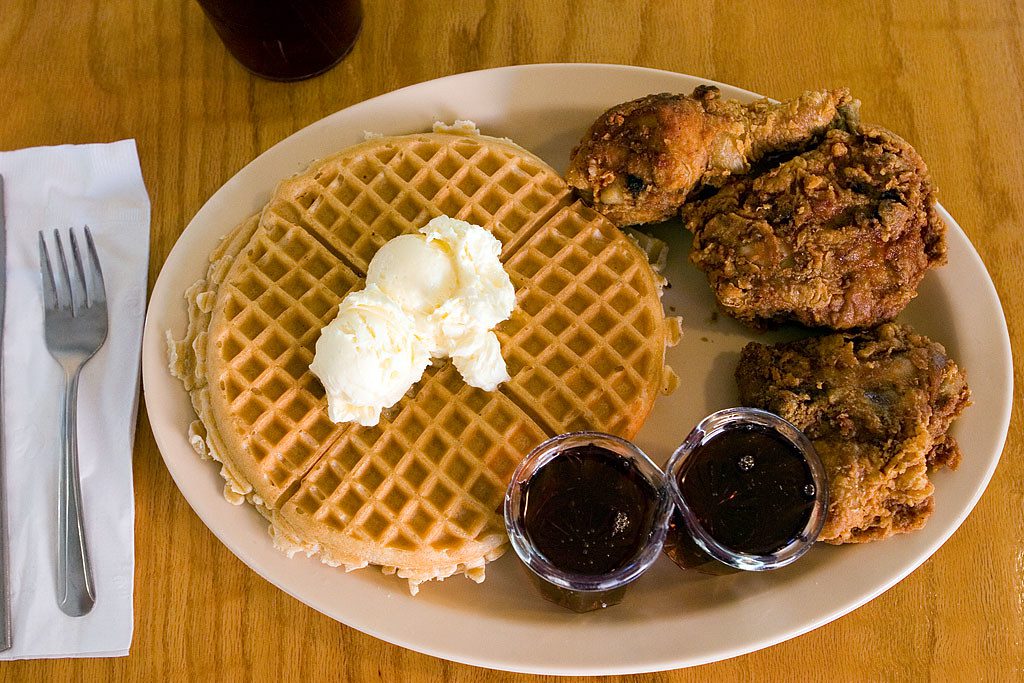 The exact origins of this dish are unknown, although several theories about its origin exist. Waffles entered American cuisine in the 1600s with European colonists. The food’s popularity saw a notable boost after 1789 with Thomas Jefferson’s purchase of four waffle irons in Amsterdam.

In the early 1800s, hotels and resorts outside Philadelphia served waffles with fried catfish. Such establishments also served other dishes such as fried chicken, which gradually became the meat of choice due to catfish’s limited, seasonal availability. Waffles served with chicken and gravy were noted as a common Sunday dish among the Pennsylvania Dutch by the 1860s. A 1901 memoir recalled a tavern in East Liberty, Pennsylvania, well known for “suppers of spring chickens and waffles.” By the end of the 19th century, the dish was a symbol of Pennsylvania Dutch Country, brought on in part by its association with tourism. 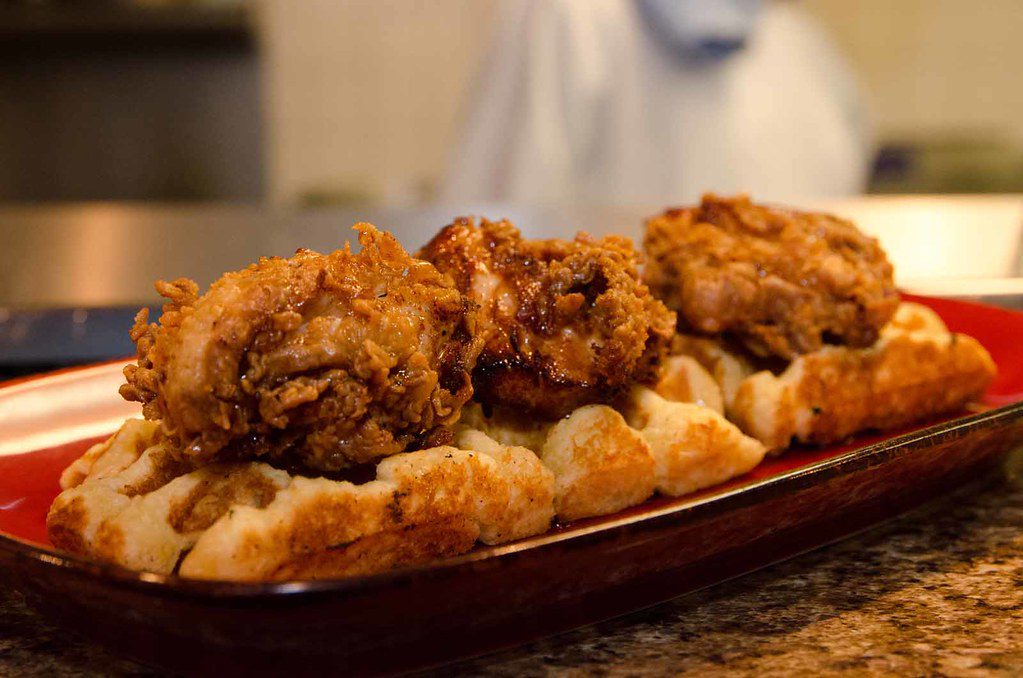 A traditional story about the origin of the dish in soul food states that because African Americans in the South rarely had the opportunity to eat chicken and were more familiar with flapjacks or pancakes than with waffles, they considered the dish a delicacy. For decades, it remained “a special-occasion meal in African American families.” Other historians, however, cite a scarcity of early evidence of the dish’s existence in the South; they place the origin later, after the post-Civil War migration of Southern African-Americans to the North during the Reconstruction Era.

In New York, the dish was served in the African-American community in Harlem as early as the 1930s in such locations as Tillie’s Chicken Shack, Dickie Wells’ jazz nightclub, and particularly the Wells Supper Club. In 1935 Bunny Berigan composed a jazz instrumental titled “Chicken and Waffles”. 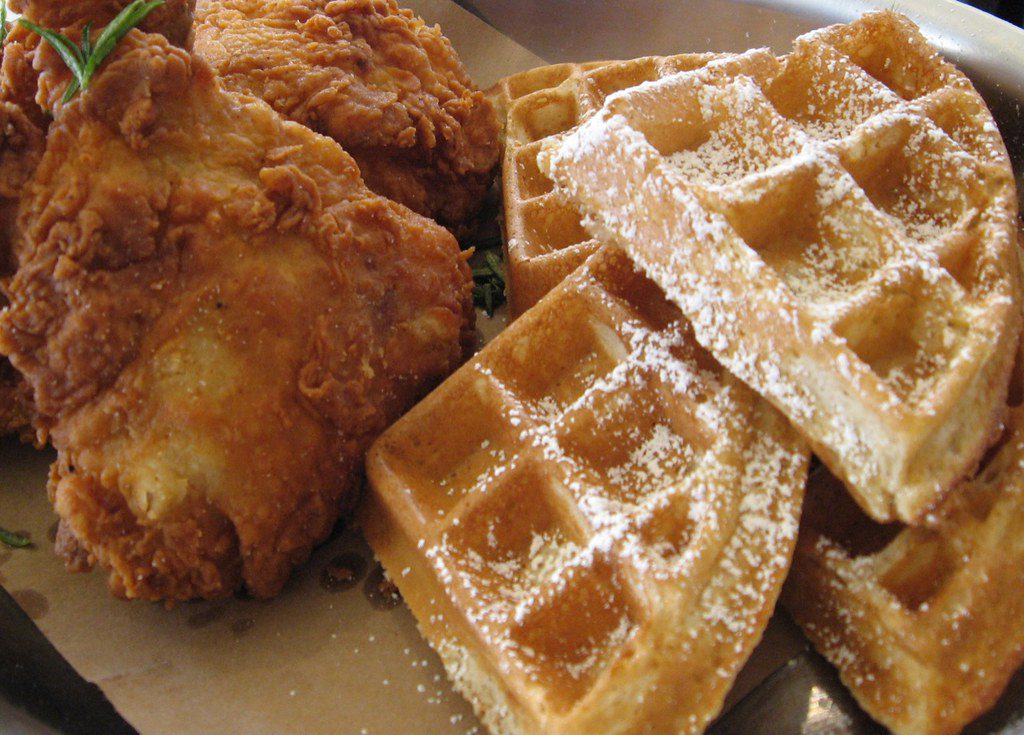 Since the 1970s, chicken, and waffles have regained popularity in Los Angeles due to the fame of former Harlem resident Herb Hudson’s restaurant Roscoe’s House of Chicken and Waffles, which has become known as a favorite of some Hollywood celebrities and been referenced in several movies.

According to en.wikipedia; 50kitchen.com. Source of photos: internet