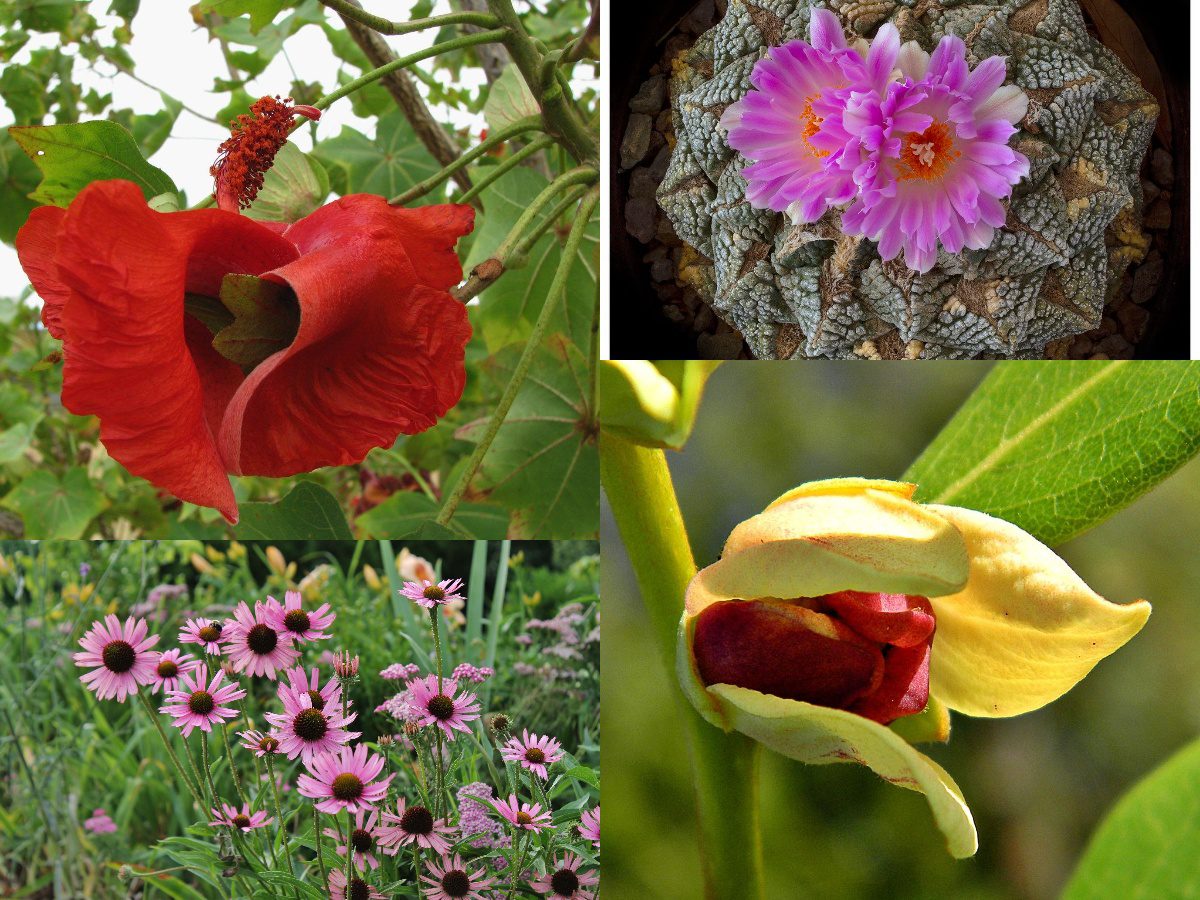 The Tennessee coneflower (Echinacea tennesseensis) is a rare wildflower initially thought to be extinct before it was rediscovered in 1968. A member of the sunflower family with pink and lavender leaves, the Tennessee coneflower blooms in mid-summer to mid-autumn in dry and rocky soil. Although the plant currently only grows in four counties in central Tennessee, the collective preservation efforts of the state and The Nature Conservancy helped this plant find its way off of the endangered species list in 2011. 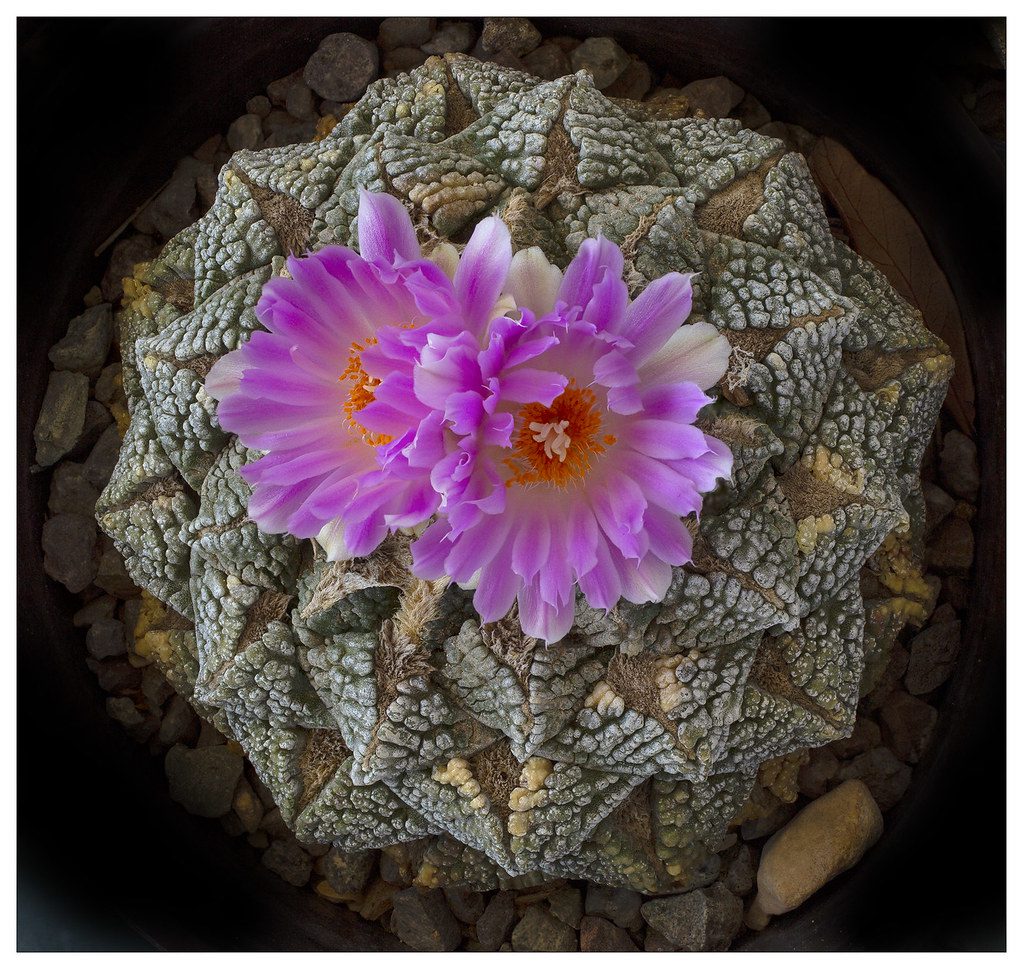 Known as the living rock cactus, the Ariocarpus fissuratus is only Ariocarpus species found in United States. It grows in the southwest region of Texas, particularly in Big Bend National Park. Instead of growing skyward like more common forms of cacti in the Southwest, the living rock grows flat against the ground, with its grey-brown stems forming a rose shape. While the cacti are usually hard to spot because the stems blend in with the limestone surroundings, they are easy to find during the fall, when their large pink and purple flowers bloom. 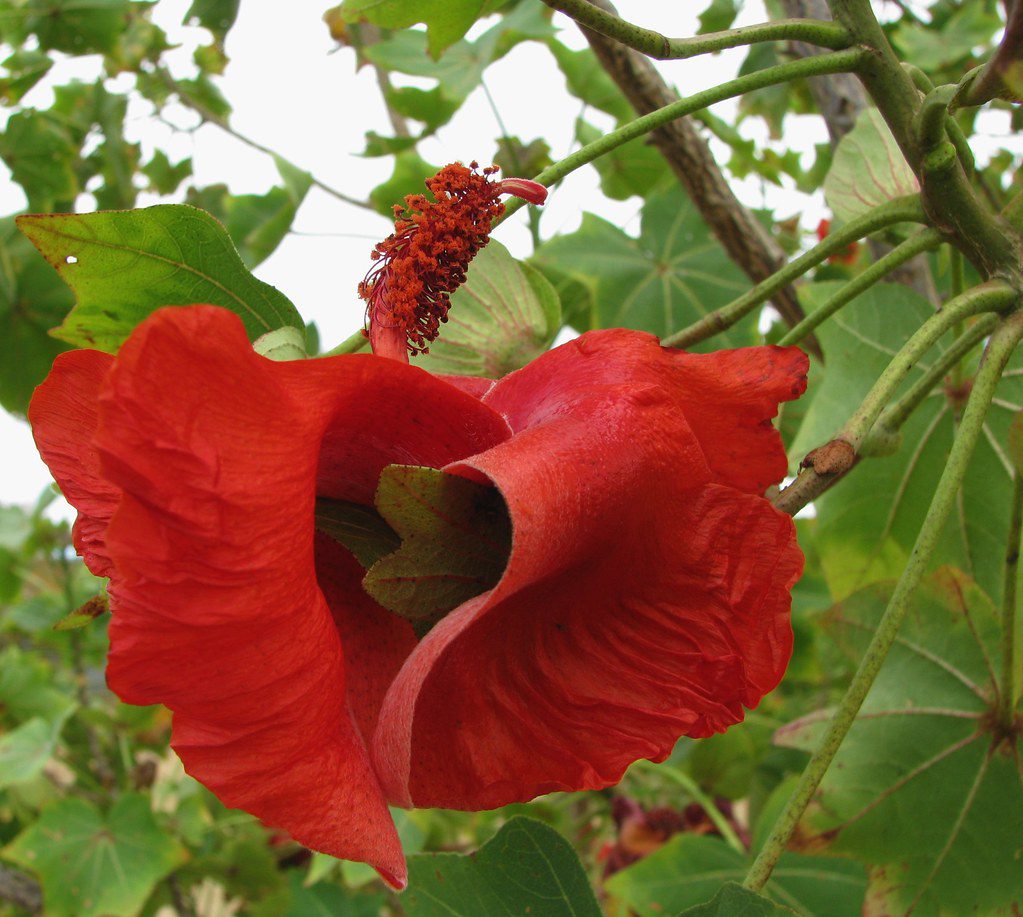 Hawaii’s Koki’o flower (Kokia cookei) is not only beautiful to look at, but it has an interesting story. The plant was first discovered in 1860s and it was thought to be extinct by the late 1950s. In 1970, a sole tree was found, but it died in a fire in 1978. One of its living branches was grafted onto the related Kokia kauaiensis tree, resulting in today’s 23 trees situated on the islands of Mau’i, Moloka’i, Hawai’i and O’ahu. The tree grows to 3.5 to 4.5 meters high and features bright orange-red flowers. As it is considered one of the most endangered plant species in the world, luck is on your side if you happen to catch one of these trees in bloom! The four-petal pawpaw (Asimina tetramera), a relative of the tropical papaya, is only found in Martin and Palm Beach counties on the southeastern coast of Florida. The aromatic shrub can grow to 3 meters in height and is usually covered with yellow-green and dark green leaves. Flowering occurs from late March through July, so expect to see cream-colored blooms that transform to dark maroon and sometimes yellow as they mature. The edible fruit develops in late summer, giving off a banana-like aroma when ripe, much to the delight of raccoons, gopher tortoises and mice. As the name suggests, the desert sunflower (Helianthus niveus ssp. tephrodes) grows in the desert dunes of southern Arizona and southern California. Unlike most plant life, this flower thrives in sand, needs little water, and blooms — with a reddish-purple core surrounded by yellow petals — between the September and May. Unfortunately, off-road vehicle use and development threaten its natural habitat, endangering this plant species.

According to visittheusa.com. Source of photos: internet