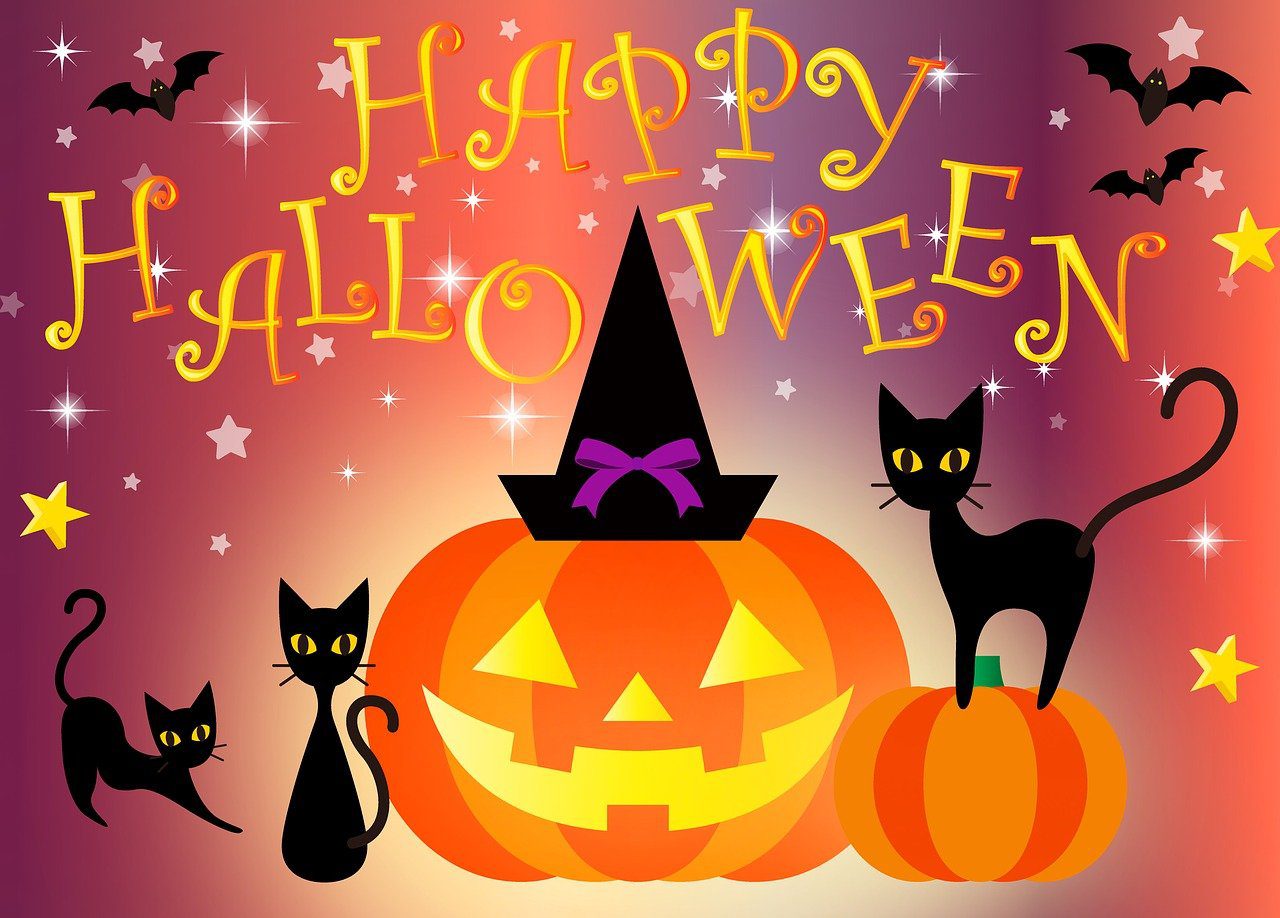 The word, Halloween or Hallowe’en dates from before the 16th century and draws from its early Christian past. In old Scottish, Hallowe’en translates as “All Hallows’ (holy) Even” referring to “All Hallows’ Evening,” the day before All Hallows Day, a solemn occasion in which all of the Catholic Church’s heavenly saints were honored. By the 18th century, Halloween shows up with the spelling we know today.

Going back in time, Halloween is fascinating because it has lots of practices that date back to its pagan origins. For example, the Halloween tradition of bobbing for apples reminds us of the Roman invasion of England. As part of Roman paganism, they brought an apple tree, symbolic of Pomona, Goddess of Plenty. During an annual festival, young marriage-minded people bit into apples floating in the water. According to beliefs, whoever bit the apple was next to marry. 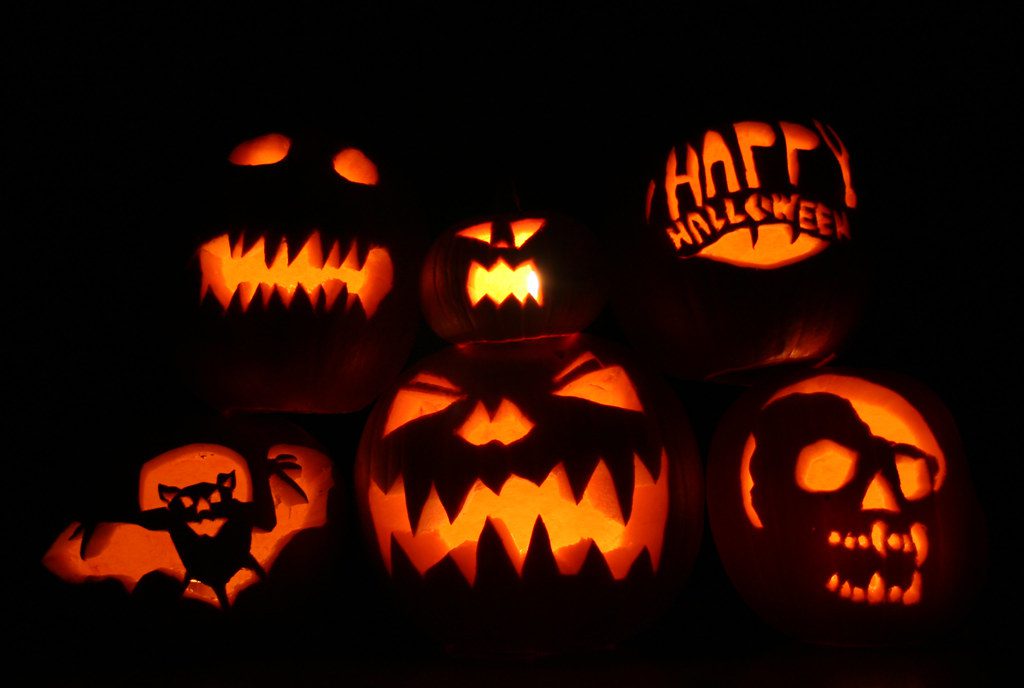 But it’s really the Celts we have to thank for Halloween. They were ancient people who lived in the areas of modern-day Ireland, northern France, and in the UK. Halloween’s pagan roots go back thousands of years to the Celtic Fire Festival of Samhain, which recognized the end of the harvest season and the start of their new year on November 1.

During this festival, pagans wore costumes and lit fires to keep the bad spirits away – keep that in mind when you’re donning your Dracula fangs! With the dark nights of winter representing death, the Celts believed that on October 31, the dead returned to walk among the living. Sounds kind of zombie-ish, right?

As Christian influence on society began to grow around the 8th century, new customs and traditions were brought in and merged with those of the Celts. Christians would celebrate All Souls Day on November 2, which was a day to honor the dead in much the same way that the Celts did on Samhain. It was around this time that the evening before the celebration became known as All Hallows Eve.

After All Hallows Day was officially switched to November 1 in 835, October 31 became known as All Hallows Eve and the holiday we know and love today was starting to take shape. By the 12th century, these days had gained holy importance throughout Europe, and customs such as ringing the church bells for the souls of those in purgatory had become widespread.

A typical Halloween would see a mournful crier parading through the streets, dressed all in black, ringing bells, and encouraging the locals to pray for the souls of the dead. It was around this time that “souling” began to happen, but there’s more about that further down in the trick-or-treat section. By the Middle Ages churches were too poor to display the relics of martyred saints and so churchgoers began dressing up as them every year instead. This could partly explain where the tradition of dressing up on Halloween stems from.

Halloween became popular in America in the 19th century, with enthusiasm for the holiday being brought across with the Irish and Scottish immigrants who were arriving at the time. The biggest change from Halloween’s earliest roots is that it becomes more secular than religious. By the 1920s and 30s, Halloween parades and parties became a major part of the festivities and the holiday was celebrated from coast to coast, regardless of race or religious background. 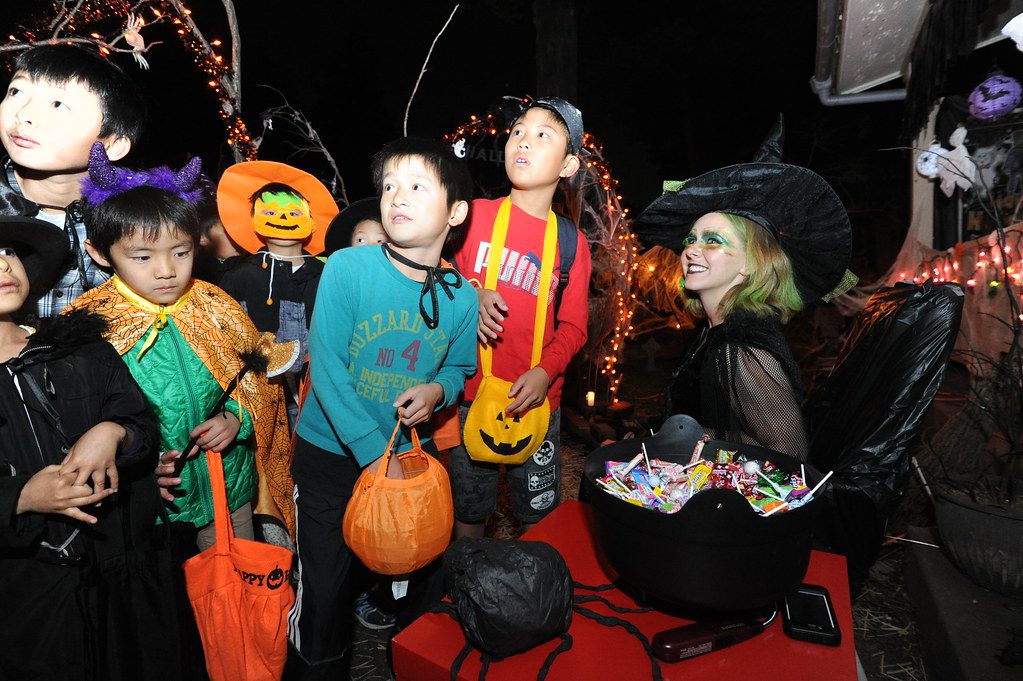 Trick-or-treating is said to stem from the practice of “souling”, which is a Medieval practice where churchgoers would go between different parishes and ask the rich for pastries which were known as soul cakes. In return, they would pray for the souls of them and their friends. While “souling”, people would carry with them lanterns made of hollowed-out turnips. That turnip is now of course a pumpkin and it is believed that that the jack-o-lantern originally represented the souls of the dead.

By the late 19th century children in Scotland and Ireland were dressing up in costume and going from door to door accepting gifts from neighbors, this practice was known as “guising”. The children would generally be given bits of food for their efforts. The first recorded instance of this in America is in 1911. The term trick-or-treat was first used in Alberta, Canada, in 1927, and by the 1930s it was starting to become a popular activity.

By the 1950s Halloween became a holiday that was primarily for the children. Trick-or-treating was commonplace as kids went around their neighborhoods in costume collecting candy. Halloween became increasingly embedded in popular culture and horror movies would often be released to coincide with the holiday. Movies such as “Nightmare on Elm Street,” “Halloween,” and “Friday the 13th” have all become classics associated with the holiday.

Halloween is now America’s second-largest commercial holiday, with $6 billion being spent on it each year. Numerous traditions such as trick-or-treating, costume parties, and watching horror movies all contribute towards a huge occasion that is celebrated throughout the country.