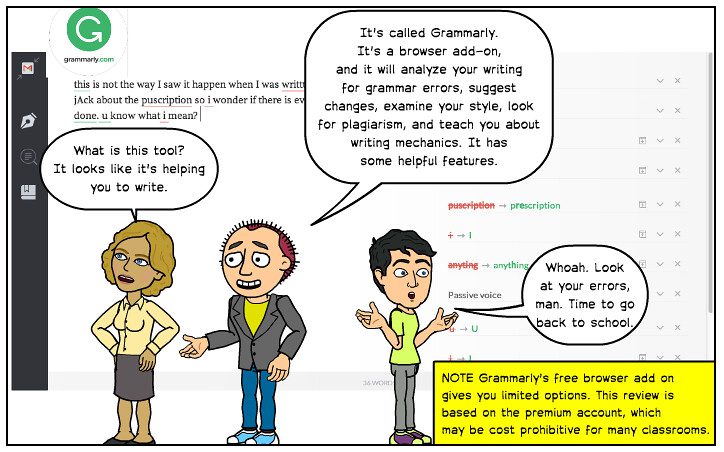 Grammarly is a cross-platform cloud-based writing assistant that reviews spelling, grammar, punctuation, clarity, engagement and delivery mistakes in real-time. It uses AI to identify and search for an appropriate replacement for the mistake it locates. It also allows users to customize their style, tone, and context-specific language. It was launched in 2009 by Alex Shevchenko, Max Lytvyn, and Dmytro Lider.

The software is produced by Grammarly Inc, which is headquartered in San Francisco, California, with offices in Kyiv, New York City, and Vancouver. In May 2017, the company raised $110 million in its first round of funding. In October 2019, the company raised $90 million during the second round of funding, at a valuation of more than $1 billion. In 2018, Grammarly launched the beta version of its browser extension, which is optimized for Google Docs.

Grammarly’s toolkit is used by about 30 million people to better their written grammar. The software is compatible with several browsers and can be used as a browser extension, web app, mobile and desktop app, as well as with specific apps such as Microsoft Office.

According to failory.com; en.wikipedia and entrepreneur.com. Source of photos: internet