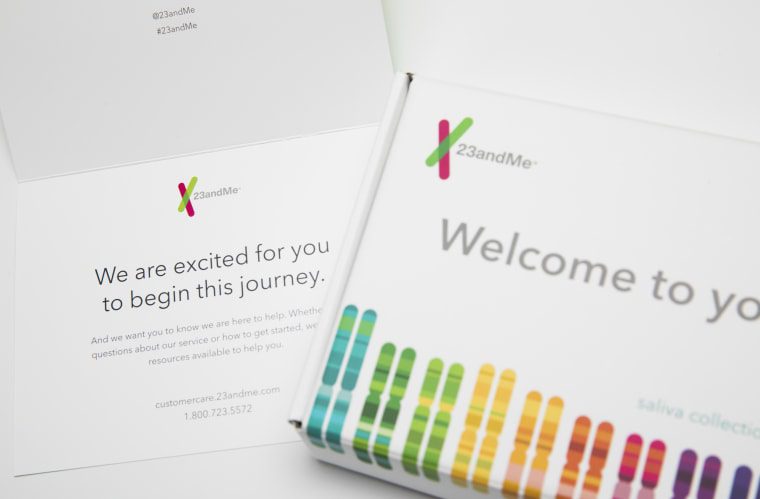 23andMe, Inc. is a publicly held personal genomics and biotechnology company based in Sunnyvale, California. It is best known for providing a direct-to-consumer genetic testing service in which customers provide a saliva sample that is laboratory analysed, using single nucleotide polymorphism genotyping, to generate reports relating to the customer’s ancestry and genetic predispositions to health-related topics. The company’s name is derived from the fact that there are 23 pairs of chromosomes in a wildtype human cell.

The company was founded by Linda Avey, Paul Cusenza and Anne Wojcicki in 2006 to provide genetic testing and interpretation to individual consumers. In 2007, Google invested $3.9 million in the company, along with Genentech, New Enterprise Associates, and Mohr Davidow Ventures.

In 2007, 23andMe became the first company to begin offering autosomal DNA testing for ancestry, which all other major companies now use. Its saliva-based direct-to-consumer genetic testing business was named “Invention of the Year” by Time magazine in 2008.

In December 2020, the company raised $82.5 million, bringing the total raised over the years to over $850M. The post-money valuation was not reported. In June 2021, the company successfully closes its business combination with VG Acquisition Corp. The combined company is called 23andMe Holding Co. and will be traded on The Nasdaq Global Select Market (“Nasdaq”) beginning on June 17, 2021 under the new ticker symbol “ME” for its Class A Common shares and “MEUSW” for its public warrants.

According to en.wikipedia and failory.com