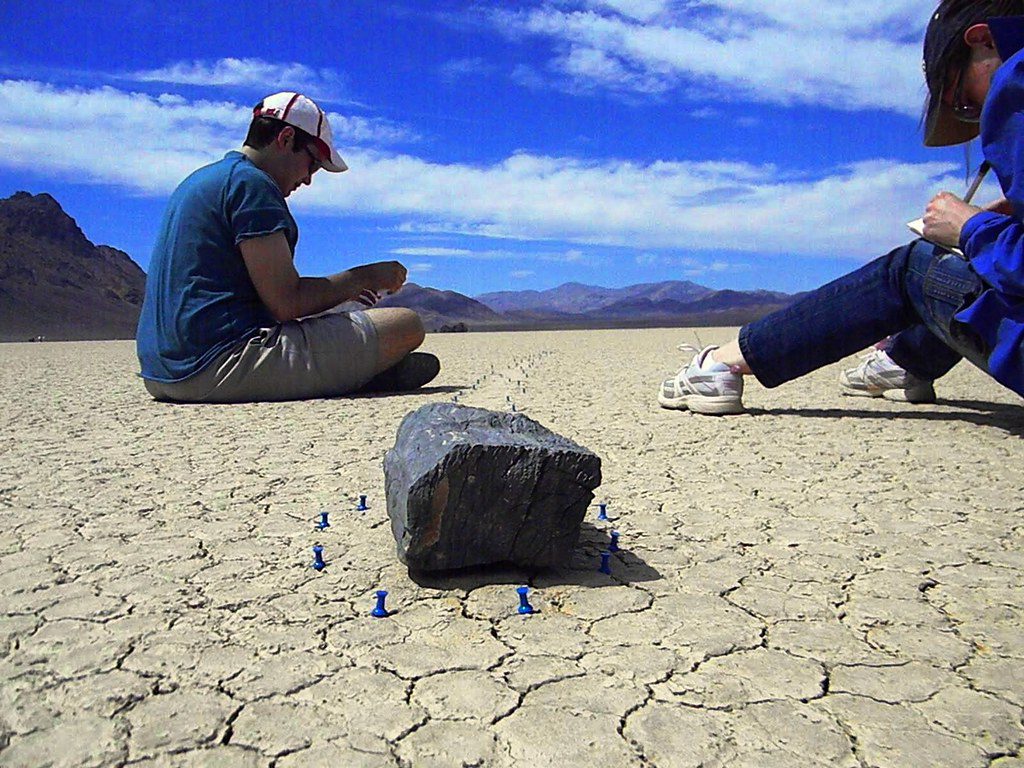 One of the most interesting mysteries of Death Valley National Park is the sliding rocks at Racetrack Playa (a playa is a dry lake bed). These rocks can be found on the floor of the playa with long trails behind them. Somehow these rocks slide across the playa, cutting a furrow in the sediment as they move. Some of these rocks weigh several hundred pounds. That makes the question: “How do they move?” a very challenging one. 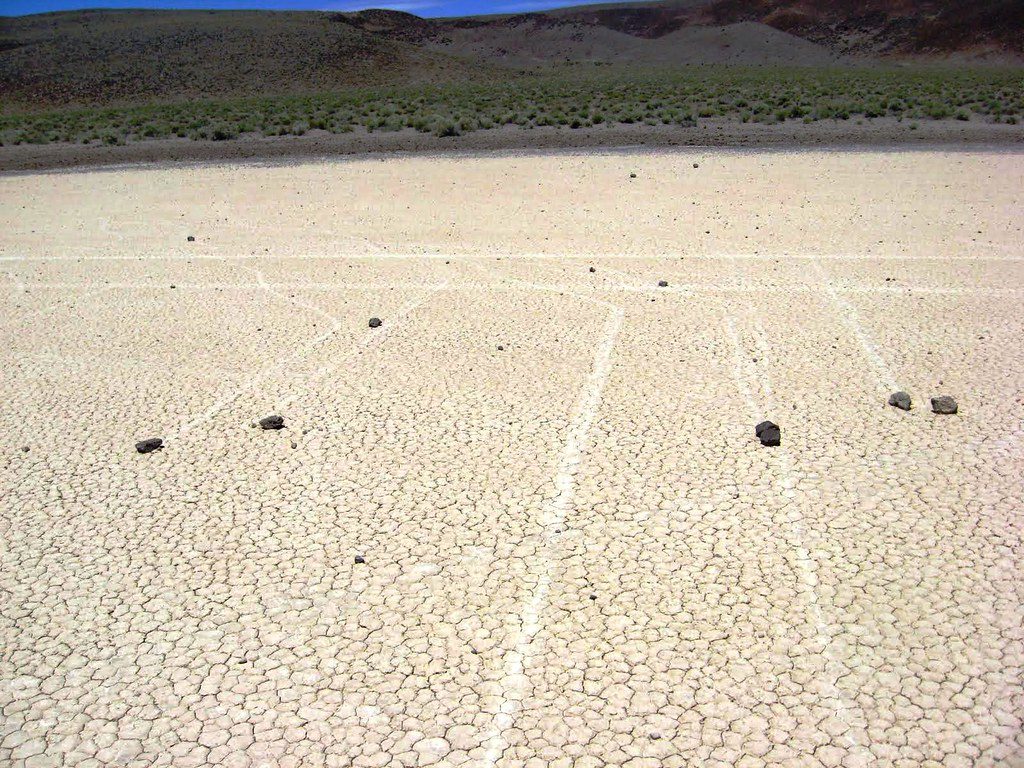 Racetrack Playa is lake bed that is almost perfectly flat and almost always dry. It is about 4 kilometers long – north to south and about 2 kilometers wide east to west. The surface is covered with mud cracks, and the sediment is made up mainly of silt and clay.

Until 2013, all of the best explanations involved wind as the energy source and an ice sheet that captures enough wind energy to drag a six-hundred-pound rock across the surface of the playa. The big break in solving the mystery occurred in November 2013 when a lake up to three inches deep covered the playa and then froze. Researchers then observed many ice-embedded rocks moving slowly across the playa on several dates in December 2013 and January 2014.

By February 2014 the lake had dried up, and new trails left by the recently-moved rocks could be seen in the playa sediment surface. Some of the rocks had been equipped with a small GPS recorder, and their records indicate that some rocks had moved over seven hundred feet during at least four episodes of movement.

This work demonstrated the movement of the rocks and attributed it to wind moving the rocks while they were embedded in a large ice sheet floating on a thin layer of water. Finally the mystery was solved!

According to geology.com; thetravel.com. Source of photos: internet