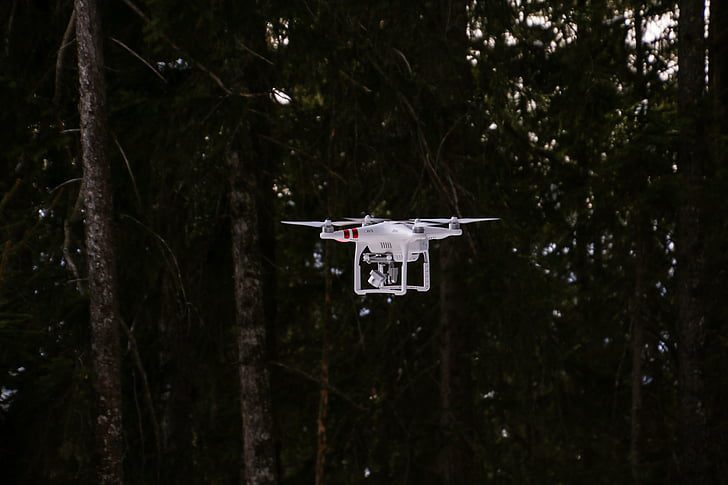 The United States has had its most devastating wildfire season on record, with more than 8 million acres of land burned across the country this year. Regenerating the forests that sat on much of that land would ordinarily take years and involve hundreds of people manually replanting saplings grown in dedicated nurseries.

Seattle-based DroneSeed has what it says is a much faster and more effective solution. As the company’s name suggests, it uses fleets of drones (also known as drone swarms) to reforest areas that have burned down, dropping what it calls “seed vessels” into areas where they have the best chance of growing back.

The eight-foot drones, up to five at a time flying together on pre-programmed routes, can cover up to 50 acres a day and each carry as much as 57 pounds of seed vessels, DroneSeed CEO Grant Canary told CNN Business.

“We are six times faster than a tree planter out there with a shovel who’s doing about two acres a day,” Canary said. “And we’ve cut the supply chains [for getting new seeds in the ground] down from three years to three months.”

DroneSeed received exemptions from the Federal Aviation Administration earlier this year that allow it to use the drone swarms to replant burned forests. The company is already restoring forests impacted by the August Complex Fire in California and Oregon’s Holiday Farm Fire, and is examining other fire-stricken areas up and down the West coast where its technology could be put to use.

Replanting forests from the air is not a new approach, with planes or helicopters often used to disperse seeds. Experts say that method is cheaper and easier than traditional hand planting but may not be as effective.

Drones aren’t the only technology the company uses to make replanting more effective. It also deploys Lidar, the sensing technology used by self-driving cars to map the world around them, to create a 3D model of the terrain. That’s coupled with sensors that measure different wavelengths of light to tell the difference between areas of gravel and places where healthy soil may be better suited for trees to grow.

DroneSeed claims it can grow upwards of 140 trees per acre based on trials in New Zealand and Washington state.

According to edition.cnn.com. Source of photo: internet