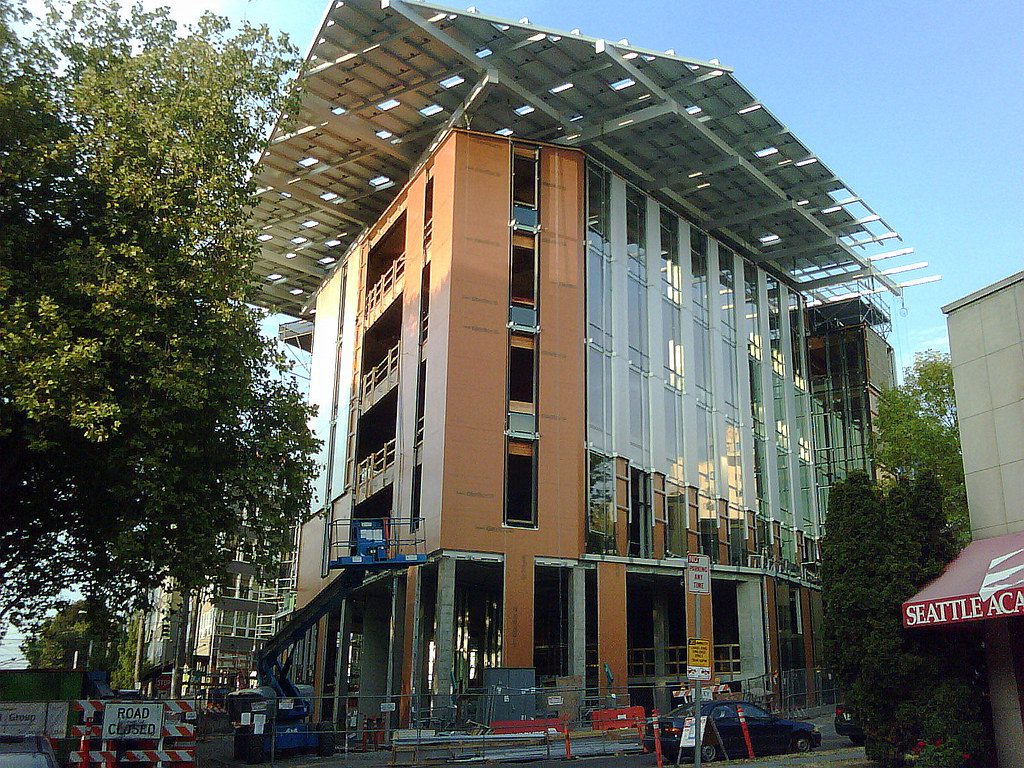 It was built by the Bullitt Foundation, a non-profit group based in Seattle that focuses on urban ecology. The foundation is a tenant, occupying half of one floor in the six story building, with additional commercial tenants – including the University of Washington, Hammer & Hand, Sonos, Intentional Futures and PAE Consulting Engineers – occupying the rest of the building. The building is fully leased. 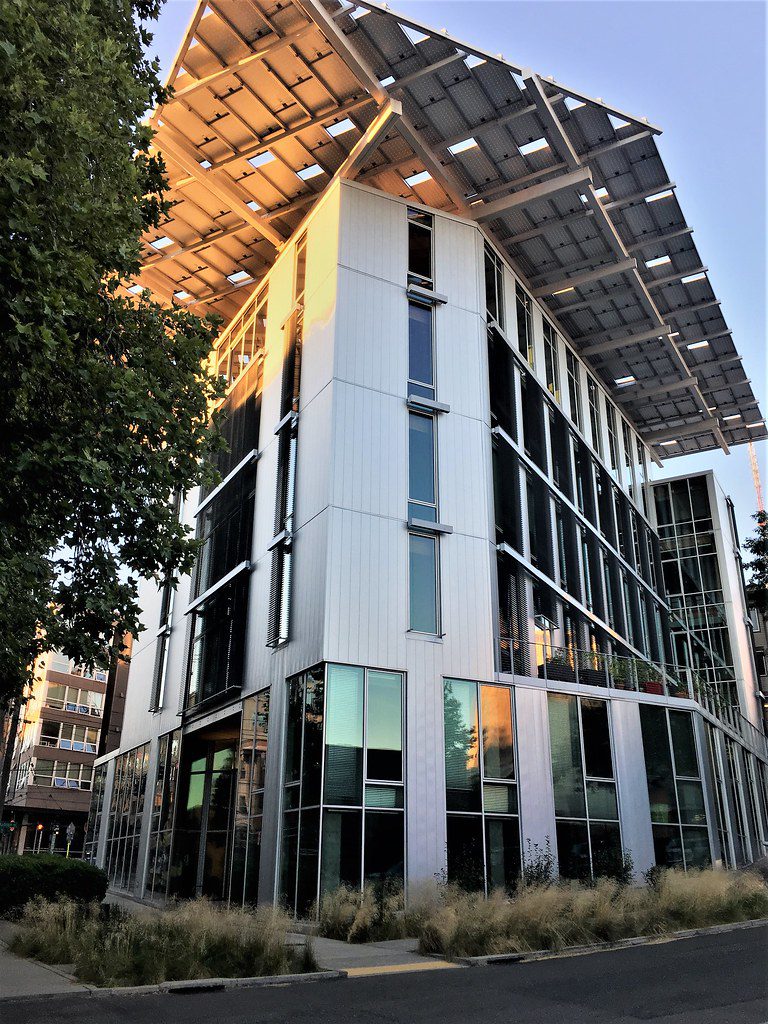 Construction costs for the six-story, 52,000-square-foot (4,800 m2) building were $18.5 million, or $355 per square foot. Including land and soft costs, the cost is $32.5 million. For this price the building provided “tenant ready” space (as opposed to the typical “cold dark shell” that most commercial spaces deliver. Energy is generated by a large solar panel array (composed of 575 panels) on the roof of the building, along with energy conservation measures that cut the building’s energy consumption to approximately 15% of a typical office building of similar size.

Considered to be at the current cutting edge of green construction, the structure requires a number of technical, legal, and social innovations to achieve a high level of ecological performance. The long-term, 250-year design of the building created financing challenges, as banks were unfamiliar with and thus hesitant to back such a project, because commercial buildings are typically financed based on an assumed 40-year lifespan.

The 52,000 gallon rainwater collection and UV light purification system has run into challenges with public health regulations, which require that water for consumption be chlorinated.The owners are working to meet regulatory requirements, using ceramic filters and adding chlorine. The builders have negotiated with building material suppliers to ensure their products did not contain any of over 360 toxic chemicals; the supplier of the building sealant, for instance, agreed to remove phthalates from their product so that the building could use it. The structure also includes social design elements to reduce consumer energy use: the building may provide immediate feedback on energy use and publicize energy consumption via a real-time energy dashboard.

Additional features include 26 geothermal wells that extend 400 feet (120 m) into the ground, where the temperature is a constant 55 °F (13 °C). These wells help heat the building in the winter and cool it in summer.