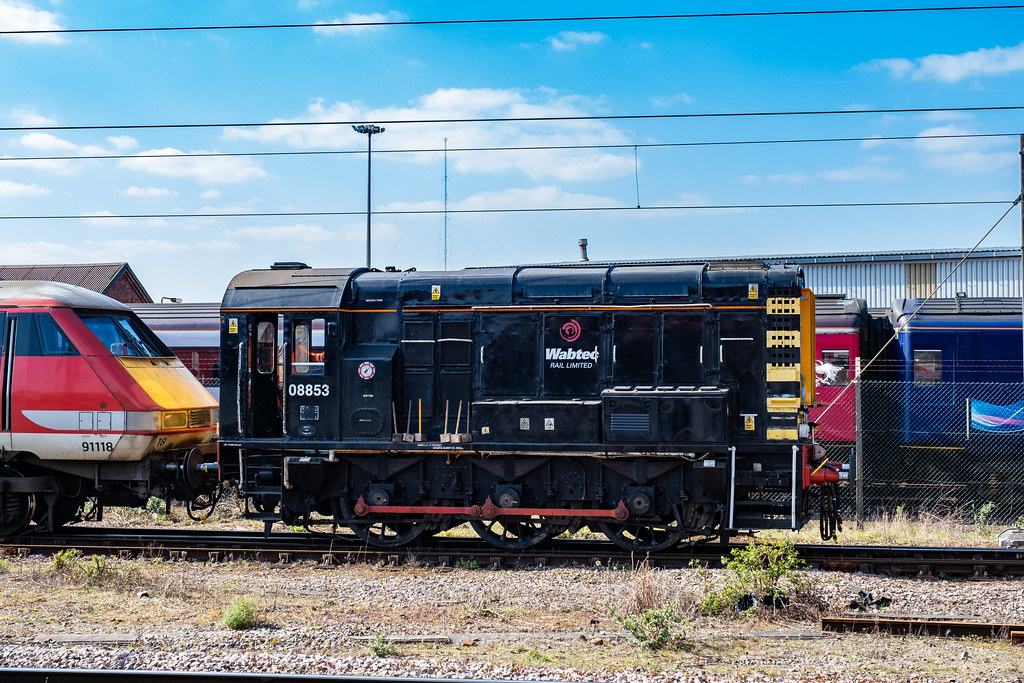 Wabtec showed off its locomotive at Carnegie Mellon University as part of a new venture between the two organizations to develop zero emissions technology to help move the 1.7bn tons of goods that are shipped on American railroads each year.

Perched upon a strip of rail at Carnegie Mellon’s technology campus on the banks of the Monongahela River, the cherry red, 75ft-long train provided a striking background to politicians, rail executives and academics who urged a swifter industry transition away from fossil fuels. Dignitaries were allowed to clamber up a vertiginous ladder on to the train to inspect its confines, which included a small driver’s cabin in front of 500 lithium-ion battery modules, arrayed in stacks in the heart of the vehicle.

The new train, known as the FLXdrive battery-electric locomotive, underwent successful trials in California earlier this year where it was found to have cut fuel consumption by 11%, which meant reducing the amount of diesel used by 6,200 gallons. Wabtec said that the next iteration of the locomotive, to be rolled out within two years, will be able to cut the consumption of diesel, the fossil fuel traditionally used in freight rail, by nearly a third.

The company also said emissions will be entirely eliminated through the development of accompanying hydrogen fuel cells. If the technology is used worldwide, Wabtec estimates planet-heating emissions could be cut by 300m tons a year, with nearly half of those saved emissions occurring in the US.

Wabtec is betting the FLXdrive will change this dynamic. Housed in a traditional locomotive body, the new battery system drives the axles of the train and uses the kinetic energy of the train’s braking to partially recharge the battery, . The newest version will be a 7-megawatt battery locomotive, which is “100 times the power and energy within a Tesla – it’s dramatically more powerful”, said Eric Gebhardt, Wabtec’s chief technology officer.

According to theguardian.com; en.wikipedia. Source of photos: internet