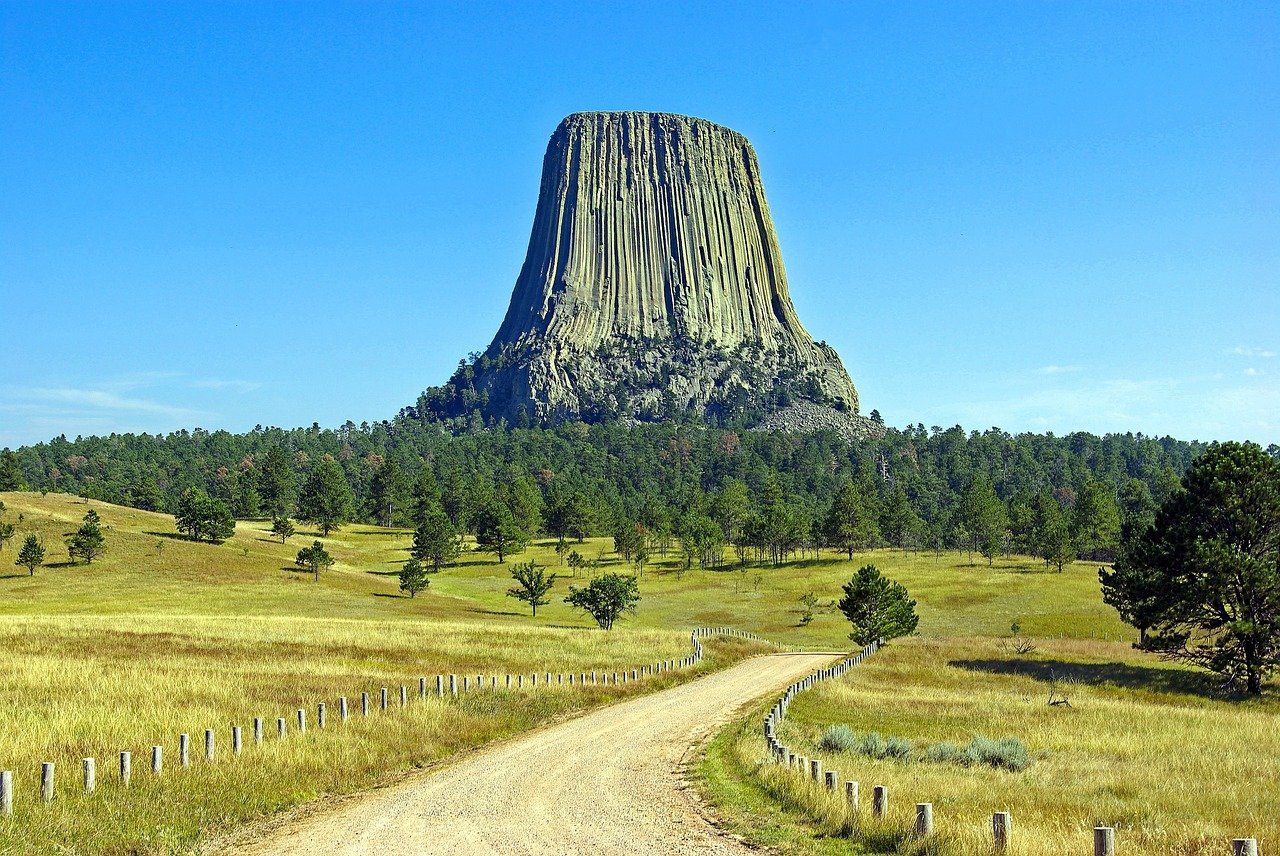 Devils Tower (also known as Bear Lodge Butte) is a butte, possibly laccolithic, composed of igneous rock in the Bear Lodge Ranger District of the Black Hills, near Hulett and Sundance in Crook County, northeastern Wyoming, above the Belle Fourche River. It rises 1,267 fee (386 m) above the Belle Fourche River, standing 867 feet (265 m) from summit to base. The summit is 5,112 feet (1,559 m) above sea level.

As evidence suggests, the name of the Devils Tower was first given by the Colonel Richard Irving Dodge. He discovered the rock formation, during one of his expeditions in 1875. In fact, the Colonel named the structure “the Bad God’s Tower,” but it was changed in time to the Devils Tower. There are other names related to it as well, including: “Grizzly Bear Lodge,” “Grey Horn Buttle” and “He Hota Paha,” Also, the large number of legends are related to the place. One of the most popular legends about the Devils Tower comes from the Kiowa tribe. According to it, there once were 7 sisters, who wondered outside the village they lived, into the forests. As they walked around in the wilderness and they got lost. Later, they were attacked by a giant bear. While the girls prayed for survival, the earth started rising beyond them creating the Devils Tower, and the 7 girls were turned into stars, that now are known as the Big Dipper formation. 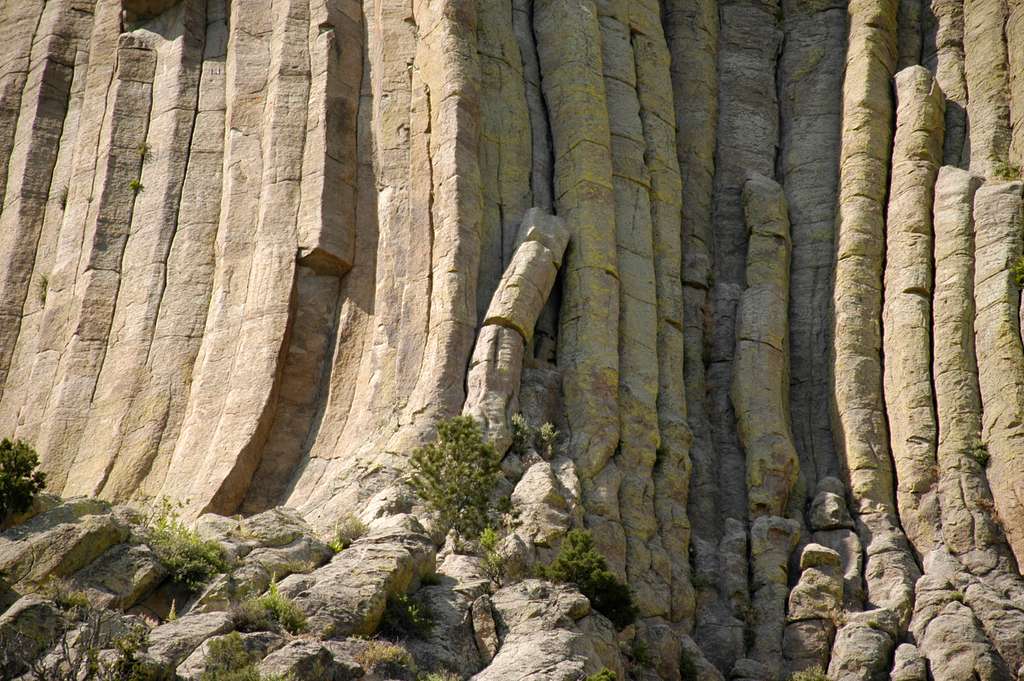 The mystery surrounding the Devils Tower is definitely among the main reasons, why it’s become so popular among tourists. Nevertheless, the shape and the surroundings turn this place into an unforgettable natural sightseeing objective.