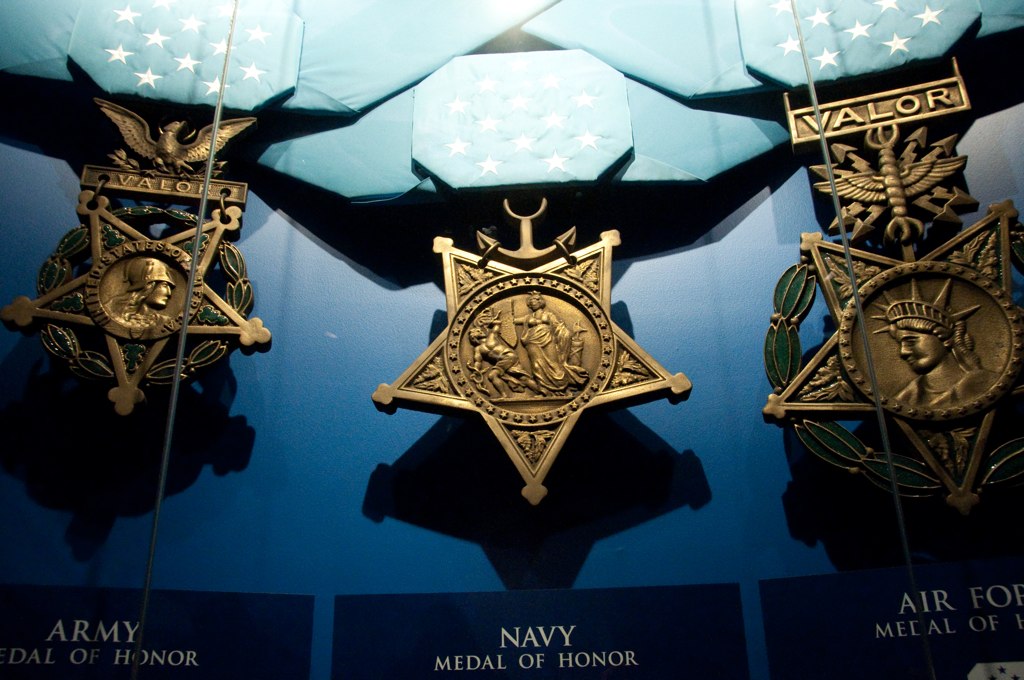 For National Medal of Honor Day on March 25, America honors the valor that the most courageous servicemen and servicewomen in the United States military have displayed. Awarded by the President of the United States, only military members who have gone above and beyond the call of duty will receive this distinction. There are actually three different versions of the Medal of Honor, for the Army, the Navy, and the Air Force, though Coast Guard members and Marines are also eligible to earn the Navy version. To date, there have been 3,468 Medals of Honor awarded to those who fight to keep our country safe – and today is the day to honor their exemplary service.

Though the first request for a medal of valor was submitted in 1861, at the onset of the civil war, the general-in-chief rejected the proposal on the basis that a medal of valor simply sounded too European. It wasn’t until after he retired in late 1861 that the General of the Navy adopted the idea for his branch, and the Navy soon after ordered nearly 200 medals from the US Mint in Philadelphia. After Lincoln approved a US Navy Medal of Valor in December of 1861, the US Army Medal of Honor was approved less than a year later. It was in 1863, during the Civil War, that the first Medal of Honor was given. A Union raiding party had recently destroyed Confederate railways and important transportation in Tennessee and Georgia – these six men became the first recipients of the award.

The Army Medal went through a redesign process in 1904 but otherwise has remained largely unchanged for the majority of its existence. In 1917, 911 recipients, including Buffalo Bill, had their medals rescinded, as they were awarded inappropriately. In 1977, an investigation of this act began, and the medal was restored to Buffalo Bill and 4 other civilian scouts in 1989.

Other branches of the military have been designated, but only some came to fruition. The Air Force successfully created their own version of the Medal of Honor, which was formally adopted on April 14, 1965, after having been authorized in 1960. Though a similar honor for the Coast Guard was designated in 1963, the medal has never been awarded. Most recently, Trump awarded the Medal of Honor to Master Sergeant Matthew O. Williams, for acts of conspicuous gallantry in 2008.