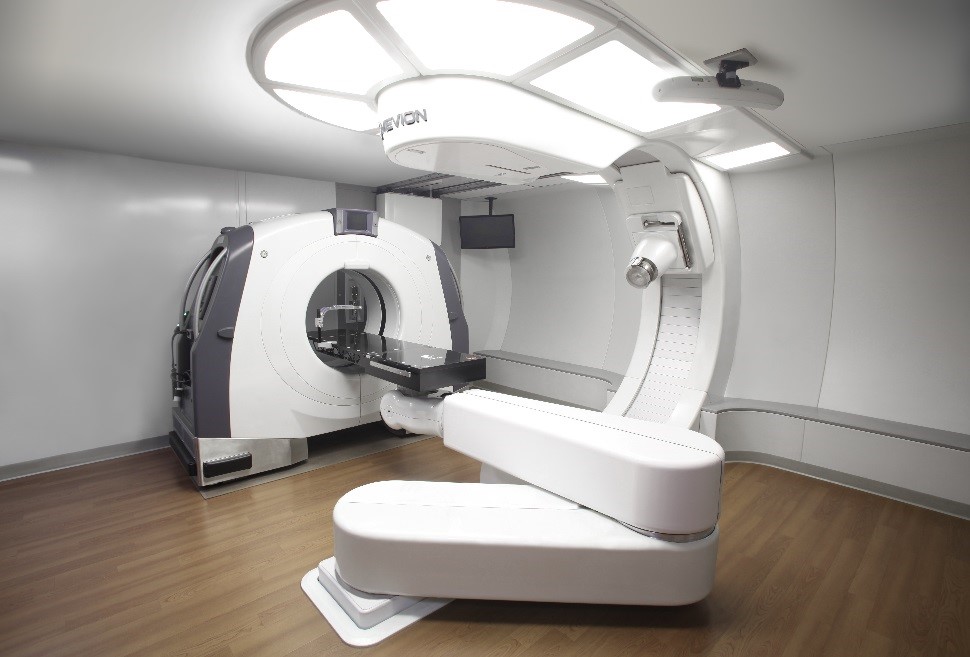 In 1990 James M. Slater, MD pioneered the field of proton therapy at Loma Linda University Medical Center (LLUMC) and it remained the only hospital-based treatment center of its kind in the United States until 2003.

The James M. Slater, M.D. Proton Therapy Treatment and Research Center of the Loma Linda University Medical Center (LLUMC) has treated more than 15,000 patients with proton beams since its inception in 1990, and it is responsible for the majority of patients treated with protons in a hospital setting.

Moreover, it is one of only a few institutions with approval by the Federal Drug Administration to treat patients with dynamically scanned proton beams with such beams available presently for experimentation at LLUMC. These features place LLUMC in a unique position for determining improved estimates of outcomes and risks associated with proton therapy including more precise risk estimates for second cancers in patients treated with active or passive proton delivery systems An ancillary benefit in the context of establishing the risks of doses in medical applications is that it would provide a much more solid basis for the estimation of effective doses and the application of microdosimetric spectral analyses to such risk estimations.

By 2005, 10,000 patients had received treatment at the LLUMC Proton Treatment and Research Center. Over the next decade, installation of a robotic assisted position unit allowed additional precision to the proton beam positioning.

The staff at the James M. Slater, MD Proton Treatment and Research Center are some of the most qualified in field of Radiation Medicine, and they bring a wealth of experience in treating patients with a variety of cancers and conditions. Since 1990, Loma Linda University Medical Center’s Proton Treatment Center has been leading the way in effective, cutting-edge prostate cancer treatment with protons.

According to protons.com; the Source of photo: internet