It is the second steepest rack railway in the world after the Pilatus Railway in Switzerland, with an average grade of over 25% and a maximum grade of 37%. The railway is approximately 3 miles (5 km) long and ascends Mount Washington’s western slope, beginning at an elevation of approximately 2,700 feet (820 m) above sea level and ending just short of the mountain’s summit peak of 6,288 feet (1,917m).

The train ascends the mountain at 2.8 miles per hour (4.5 km/h) and descends at 4.6 mph (7.4 km/h). Steam locomotives take approximately 65 minutes to ascend and 40 minutes to descend, while the biodiesel engines can go up in as little as 36 minutes. 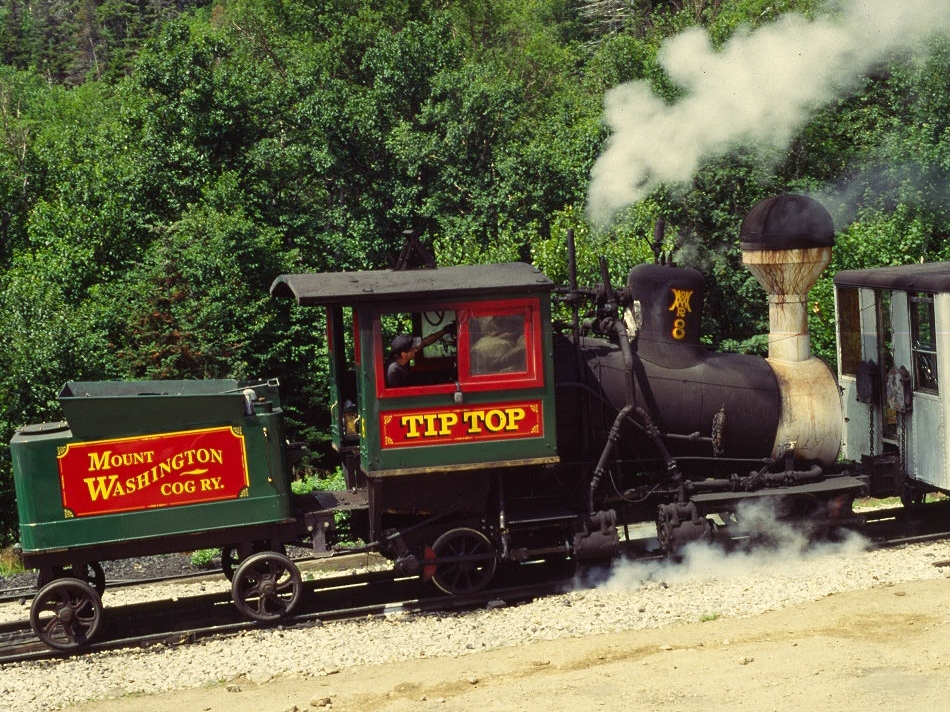