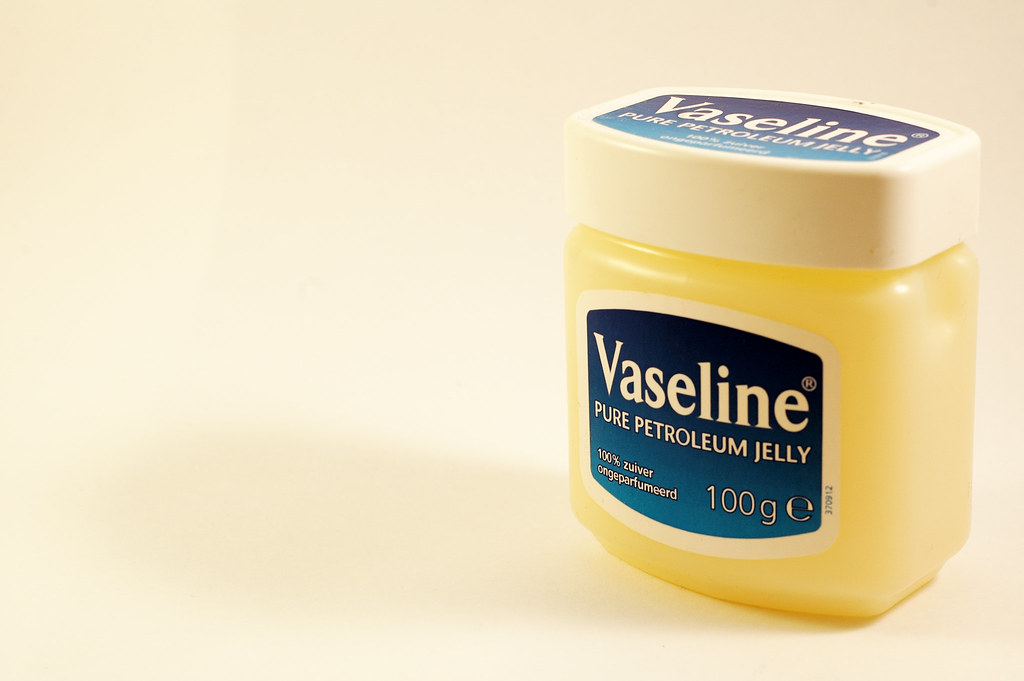 In 1859, Robert Chesebrough, a chemist who formerly clarified kerosene from the oil of sperm whales, traveled to the oil fields in Titusville, Pennsylvania to research what new materials might be created from this new fuel.

There he learned of a residue called rod wax that had to be periodically removed from oil rig pumps. The oil workers had been using the substance to heal cuts and burns. Chesebrough took samples of the rod wax back to Brooklyn, extracted the usable petroleum jelly, and began manufacturing a medicinal product he called Vaseline. 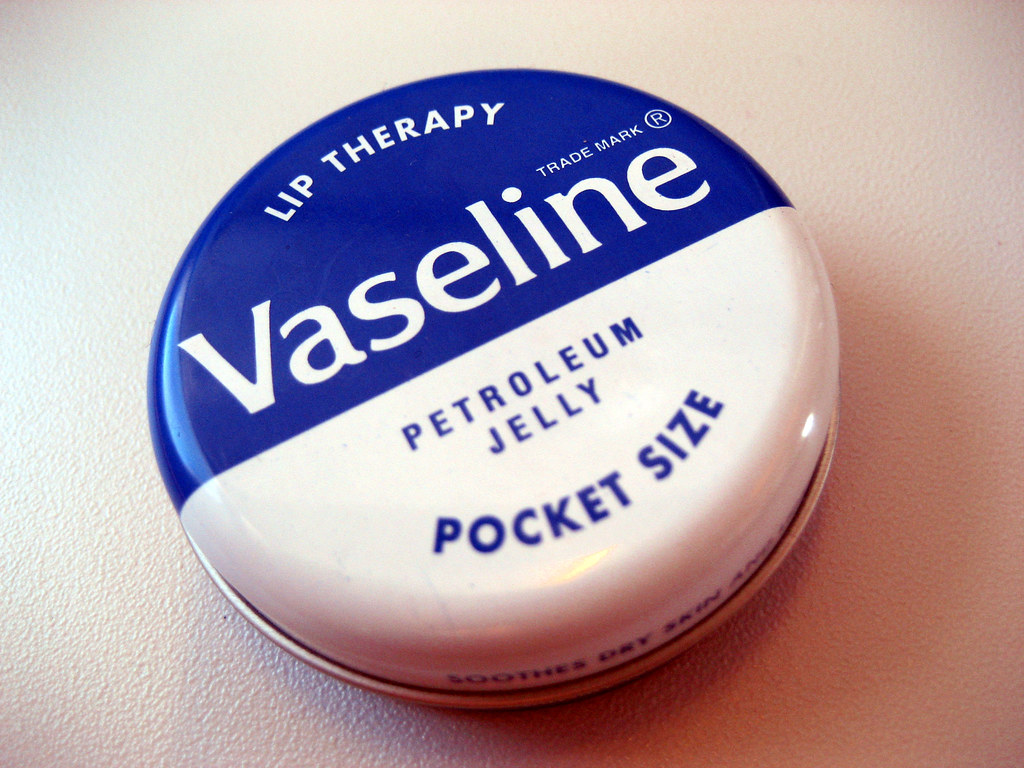 The name “vaseline” is said by the manufacturer to be derived from German Wasser “water” + Greek έλαιον (elaion) “oil”.Vaseline was made by the Chesebrough Manufacturing Company until the company was purchased by Unilever in 1987.