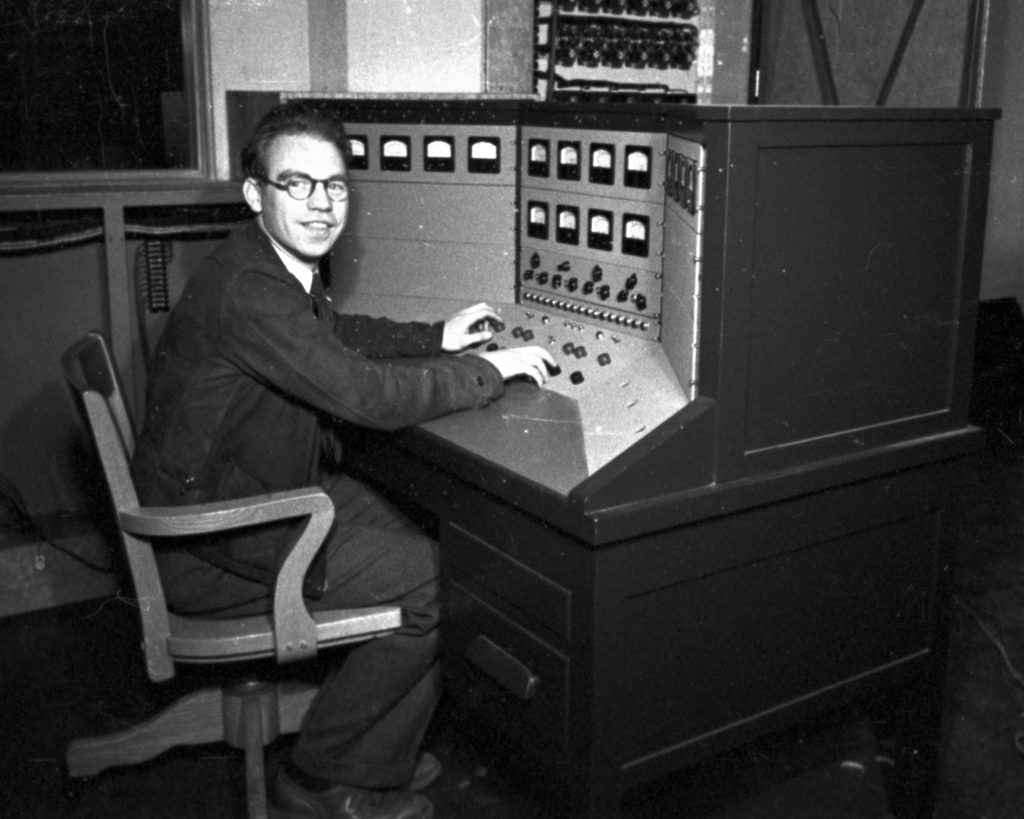 John Warner Backus (December 3, 1924 – March 17, 2007) was an American computer scientist. He directed the team that invented and implemented FORTRAN, the first widely used high-level programming language, and was the inventor of the Backus–Naur form (BNF), a widely used notation to define formal language syntax. He later did research into the function-level programming paradigm, presenting his findings in his influential 1977 Turing Award lecture “Can Programming Be Liberated from the von Neumann Style?

Backus was born in Philadelphia and grew up in nearby Wilmington, Delaware. He studied at The Hill School in Pottstown, Pennsylvania, and was apparently not a diligent student. He entered college at the University of Virginia to study chemistry, but struggled with his classes there, and was expelled after less than a year for poor attendance. He was subsequently conscripted into the U.S. Army during World War II, and eventually came to hold the rank of corporal, being put in command of an anti-aircraft battery stationed at Fort Stewart, Georgia.

After receiving high scores on a military aptitude test, the Army sent him to study engineering at the University of Pittsburgh. He later transferred to a pre-medical program at Haverford College.

After moving to New York City he trained initially as a radio technician and became interested in mathematics. He graduated from Columbia University with a bachelor’s degree in 1949 and a master’s degree in 1950, both in mathematics, and joined IBM in 1950. During his first three years, he worked on the Selective Sequence Electronic Calculator (SSEC); his first major project was to write a program to calculate the positions of the Moon. In 1953 Backus developed the language Speedcoding, the first high-level language created for an IBM computer, to aid in software development for the IBM 701 computer.

Programming was very difficult at this time, and in 1954 Backus assembled a team to define and develop Fortran for the IBM 704 computer. Fortran was the first high-level programming language to be put to broad use.

He retired from IBM in 1991. Among his many honors, Backus received the National Medal of Science (1975), the Turing Award (1977), and the Charles Stark Draper Prize (1993), the highest award given by the National Academy of Engineering.

According to en.wikipedia and britannica.com. Source of photos: internet