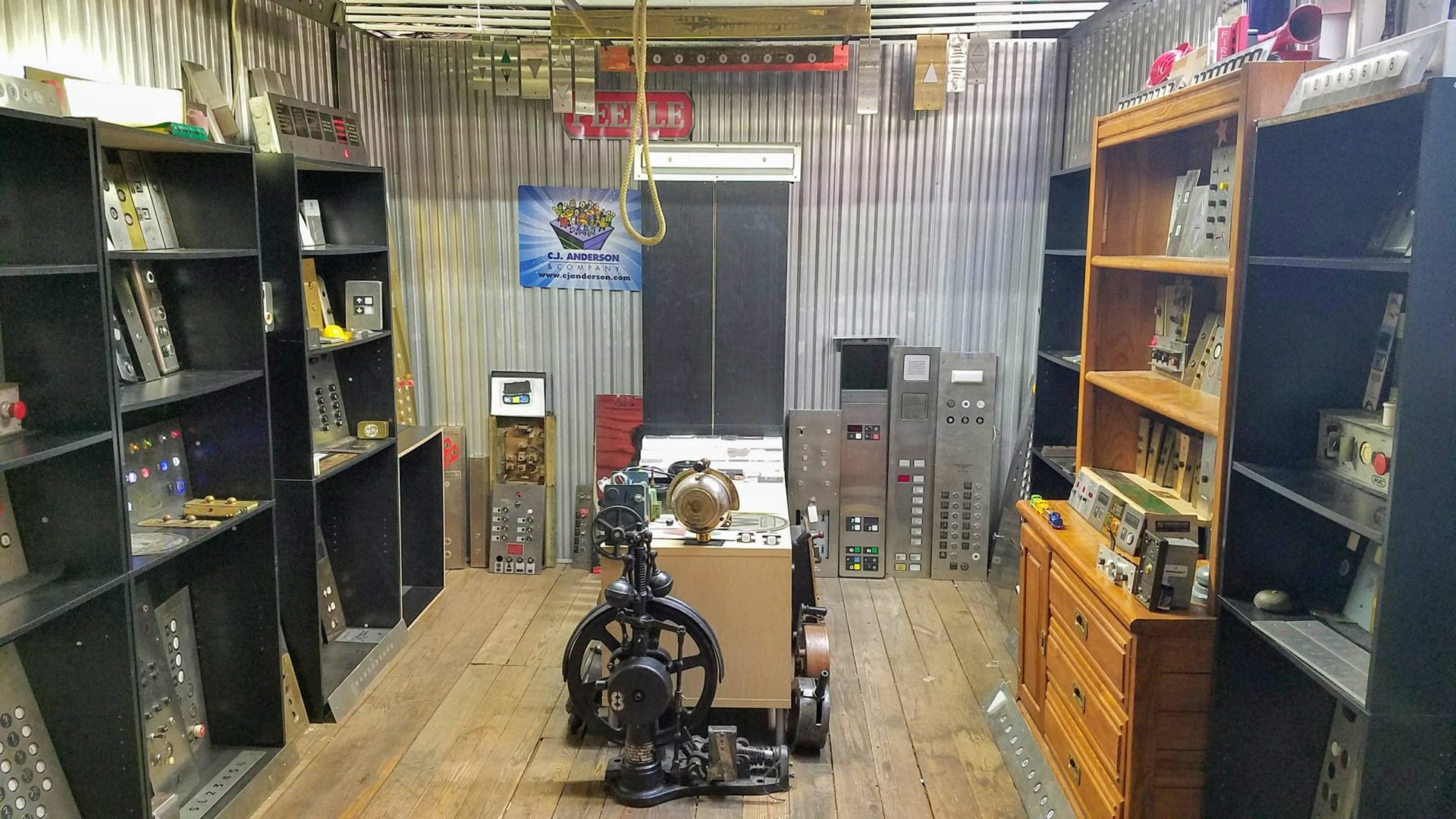 The Elevator Historical Society, also known as the Elevator Museum, has occupied the second floor of the bright yellow taxi building at 43-39 21st Street in Long Island City for the past three years, holding the title of the nation’s first such museum. Seventy-year-old founder Patrick Carrajat chose the location because there are about 20 elevator companies that operate within a ten-block radius; he calls it “the nexus of the elevator world.”

He got into the elevator business at just 11 years old, when working on the weekends for his father. He’s since worked in all aspects of the elevator world, owning his own company and now serving as an elevator consultant and expert witness. When he realized his collection was too large to store in his home, he decided to open a museum.

Carrajat’s pieces include the cover of an interlock that he brought home the first day working with his father in 1955 and a White House elevator inspection certificate. There’s also shelves filled with buttons, cigarette lighters, and golf balls bearing the names of elevator manufacturers. After taking the day off on September 11, 2001, when he was scheduled to be on the 79th floor machine room of the North Tower, Carrajat decided to write a book called “History of the American Elevator.”

The private tour, hosted by the New York Adventure Club, is being led by the museum’s founder and curator Patrick Carrajat, who has collected more than 2,000 pieces of elevator ephemera like manuals, metal identification plates, pop culture paraphernalia, and obscure mechanical parts from the early days of vertical travel.

According to 6sqft.com. Source of photos: internet