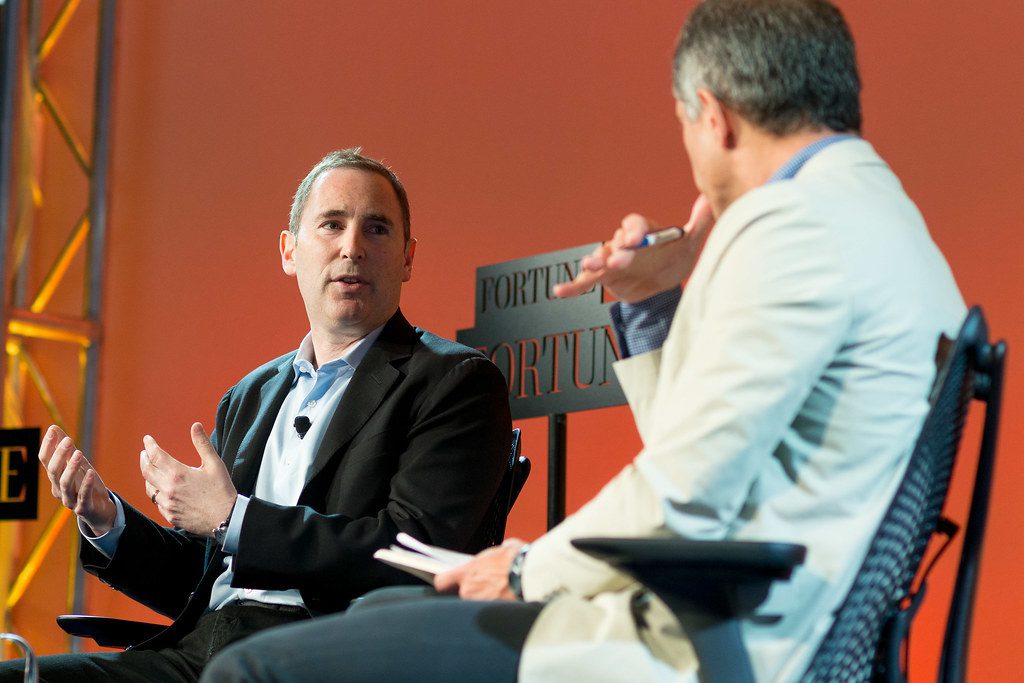 Jeff Bezos, who has served as the CEO of Amazon since founding the company exactly 27 years ago on July 5th, 1994, has officially stepped down from the role. Andy Jassy is now listed as the company’s CEO on its investor relations website, after previously having run Amazon Web Services since 2003, while Bezos is listed as Executive Chair. The July 5th handover date was previously announced in a shareholder meeting in May.

It’s an important moment for Amazon, which has had the same CEO for the entirety of its existence. Under Bezos’ leadership, the company survived the dot-com bubble bursting in the late 90s to become one of the world’s most prominent technology companies. Amazon currently dominates online commerce in the US and parts of Europe, and serves as a backbone to much of the modern web thanks to Amazon Web Services.

Bezos’ successor, Andy Jassy, joined the company shortly after graduating from Harvard Business School in 1997, and has led AWS since the team was founded in 2003. He was officially named the division’s CEO in 2016. At the end of 2020, AWS controlled around a third of the total cloud computing market, according to Synergy Research, which is about as much as its closest rivals Microsoft and Google, combined. Jassy’s route is similar to that of current Microsoft CEO Satya Nadella, who previously ran the company’s Azure cloud business.

While Amazon’s share price has seen remarkable success under Bezos’ leadership, its labor practices, not to mention the former CEO’s extreme wealth, have been the focus of sustained criticism. Warehouse workers and delivery drivers have said the company’s high productivity targets take a physical toll on employees, and a ProPublica investigation recently alleged that Bezos paid no federal income tax in 2007 or 2011.

Bezos is handing Jassy a company with ambitions extending far beyond electronic books. The e-commerce and cloud computing giant is also a company that’s willing to make big bets on new areas of business. Amazon is a sizable player in consumer tech thanks to its range of Kindle, Echo, Ring, and Eero devices, as well as general consumer goods under its Amazon Basics label. It has an expanding presence in physical retail after its acquisition of Whole Foods, and the launch of its own Amazon Go and Amazon Fresh stores. And when it comes to entertainment, it recently made its biggest acquisition ever with the purchase of film and TV company MGM for $8.45 billion. There’s also Amazon Music, and a video games division which Jassy has previously expressed his support for despite its rocky history. And don’t forget those investments in healthcare and fashion.

Amazon’s size and practices have attracted scrutiny from antitrust regulators around the world. Bezos was one of the Big Tech CEOs asked to testify in front of Congress as part of its antitrust investigation last year. Meanwhile, in Europe, Amazon was recently accused of misusing Marketplace data as the European Union announced a second antitrust investigation into the company.

As the world’s richest man, according to Bloomberg, Bezos won’t be fading into obscurity anytime soon. He’s staying on as Amazon’s executive chair, where he’s said he will “stay engaged in important Amazon initiatives,” and has also said he plans to dedicate more time and energy to other initiatives such as the Day One Fund and Bezos Earth Fund foundations, The Washington Post newspaper, and his Blue Origin space company.

In the immediate future, Bezos will fly to the edge of space onboard a rocket built by Blue Origin on July 20th. The now-former Amazon CEO will be joined by his brother, Mark Bezos, aboard the ship New Shepard’s first crewed mission. But Bezos is currently set to be beaten to space by rival entrepreneur and Virgin Galactic founder Richard Branson, who’s due to be onboard the VSS Unity spaceplane for a test flight on July 11th.

According to theverge.com. Source of photos: internet