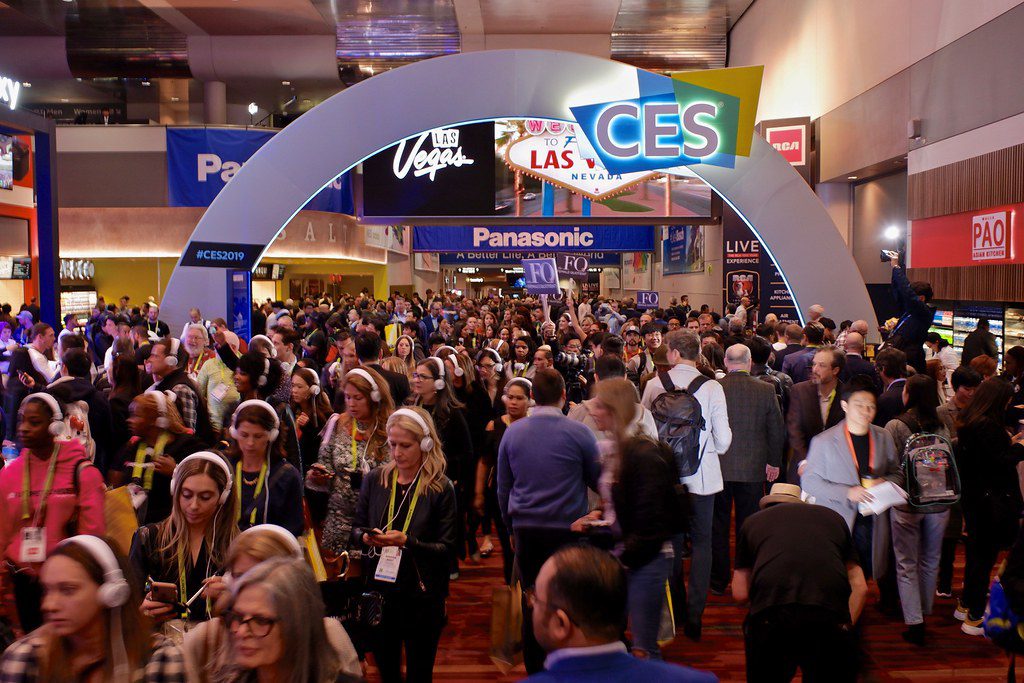 A robotic cat, called Amagami Ham Ham by Yukai Engineering, is possibly the weirdest product to come out of CES 2022. It is a cuddly toy in the shape of a cat that can nibble your fingers, which the firm says is based on the idea that we all have a secret desire to have our fingers nibbled.

The concept is designed to be a stress reliever and is driven by an algorithm that produces 20 different nibbling patterns. This means that every time you put your finger in its mouth, you’ll get a different nibble than the time before, according to its developers.

The patterns include tasting, massaging and suction and it comes in two designs, based on the Nemu Nemmu series – a calico cat and a Shiba Inu dog.

Panasonic subsidiary, Shiftall, has announced a range of products designed to help users immerse themselves in the metaverse. They included the MeganeX VR headset, Pebble Feel metaverse-linked wearable heating and cooling device, and Mutalk microphone that is metaverse compatible.

The headset and microphone join the motion-tracking suit – Haritora X – that more closely immerses the user in the virtual world. The headset is compatible with Steam VR and provides a high-resolution display, while also being light, according to the firm.

The Pebble Feel is a palm-sized air conditioner than cools and heads the neck, when worn with a special shirt, to provide more realistic environmental simulations.

At CES the firm tested the suit, made up of the Pebble Feel and Haritora X on users wearing an Oculus VR headset.

During a press conference ahead of the Consumer Electronics Show (CES) in Las Vegas, Sony took the wraps off its new Vision-S 02 SUV. This is a new version of the firm’s first prototype battery-powered car that it has already been road testing.

The seven-seat utility vehicle measures around 4.85 meters long, which is fractionally longer than the Tesla Model Y SUV, and sits higher from the ground. Despite looking different, Sony bosses said the ’02’ uses the same electric platform as the Vision-S saloon that has been tested on roads since December 2020.

That means power will likely be generated by a pair of 200kW motors – one at the front axle and one at the rear – producing a combined output of 536bhp from a four-wheel-drive system.

The US-based startup, Sengled, unveiled a smart lightbulb that makes use of radar sensors and Bluetooth to provide health tracking information on people in a room. Without having to wear any other devices, the bulb can track a user’s heart rate, body temperature, and sleep patterns.

It uses Frequency Modulated Continuous Wave (FMCW) radar to map the room, or an entire house if they have bulbs in each room, and detect people in the home. The smart bulb then uses its radar system, combined with artificial intelligence, to monitor the health and vital signs of people in the room.

It is also able to track physical movement, and so could be used in the home of an elderly person to watch for falls – and send the data to an app that can call a selected contact and alert them.The product is still under development, so no details on pricing have been revealed, but it is expected to launch by the end of this year.

French company Maca announced plans to test its eco-friendly £665,000 hydrogen-powered ‘carcopter’ on racetracks this year. It will have a top speed of 155mph, does not create any CO2 emissions and is fully recyclable, according to the firm, who hope it will launch a new racing sport.

With three low-noise propellers, it has a metal chassis and a frame made of carbon, linen, and wood -looking similar to flying vehicles int he game Wipeout. Chief operating officer Thierry de Boisvilliers said: ‘There are many companies working toward similar solutions.

‘While most companies are relying on electricity or traditional fossil fuel to power their vehicles, Maca deploys clean-burning hydrogen-based fuel cells, which allows for longer flight times and green energy sustainability.’

Maca, which worked closely with Airbus on the invention, says the carcopter will be on the market by June 2023.

According to dailymail.co.uk. Source of photo: internet