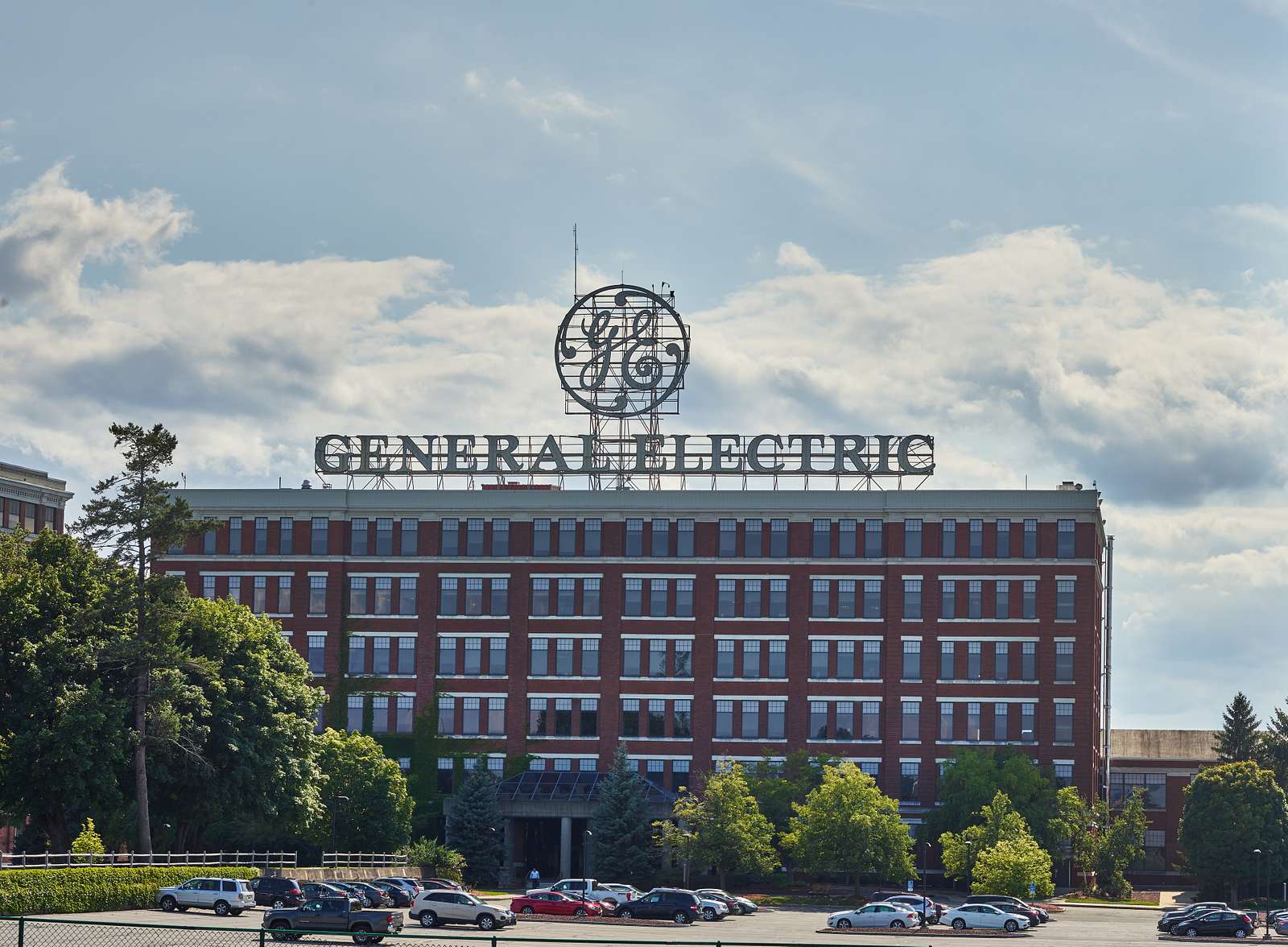 General Electric Company (GE) is an American multinational conglomerate founded in 1892, and incorporated in New York State and headquartered in Boston. Until 2021, the company operated in sectors including aviation, power, renewable energy, digital industry, additive manufacturing, locomotives, and venture capital and finance, but has since divested from several areas, now primarily consisting of the first four segments.

– In 1896: General Electric becomes one of the original 12 companies listed on the Dow Jones Industrial Average

– In 1900: GE establishes the first laboratory in the United States dedicated entirely to scientific research

– In 1905: The Electric Bond and Share Co. is formed, the forerunner of GE Commercial Finance, with the goal of providing financing to small utility companies

– In 1910: GE manufactures the “Hotpoint”, the first electric stove 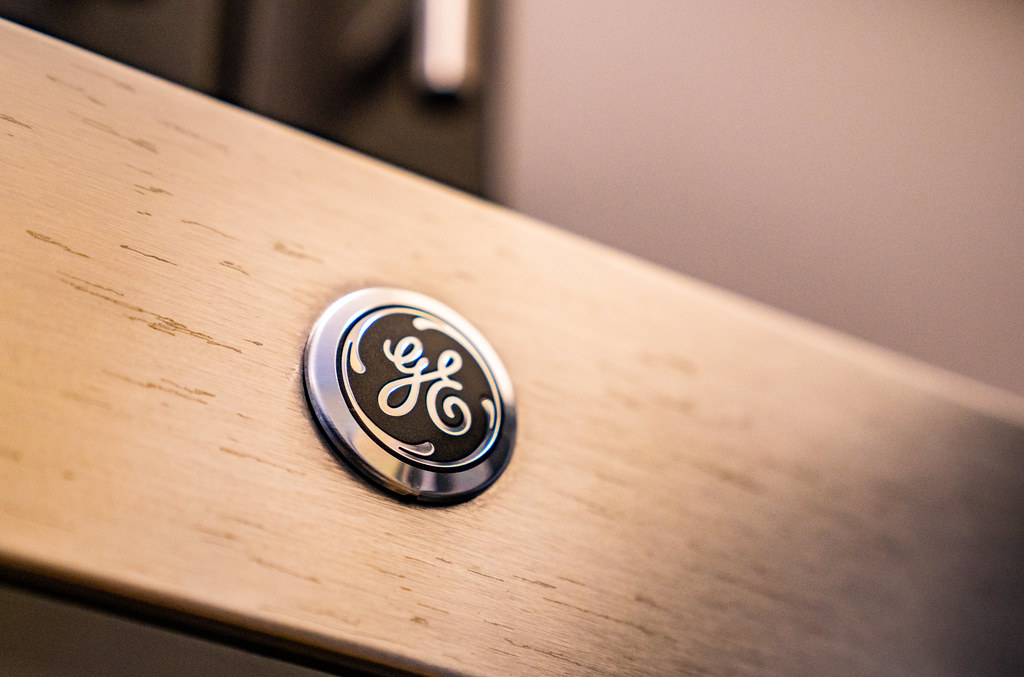 – In 1918: GE’s Albert Hull invents the Magnetron, a new type of vacuum tube that would eventually become the key element in World War II’s radar systems and even later on in microwaves

– In 1919: The Radio Corporation of America (RCA) is formed by General Electric and American Telephone and Telegraph

– In 1930: GE creates its plastics department to research and produce advanced plastics as they began to enter consumers’ lives in the form of everyday household items

– In 1932: GE Credit Corporation, which eventually evolves into GE Consumer Finance, is founded to allow companies to purchase General Electric appliances on credit

– In 1938: GE invents the fluorescent lamp, continuing their tradition of advances in lighting technology and design

– In 1939: “Invisible” glass is invented at GE, non-reflecting glass whose origins live on today in camera lenses and optical devices

– In 1940: GE starts the silicone business by inventing new silicone chemistry that is now used in a wide variety of products and applications to this day

– In 1942: GE develops the first American jet engine in less than one year

– In 1943: GE engineers develop autopilot, a device designed to keep an aircraft on a continuous predetermined course 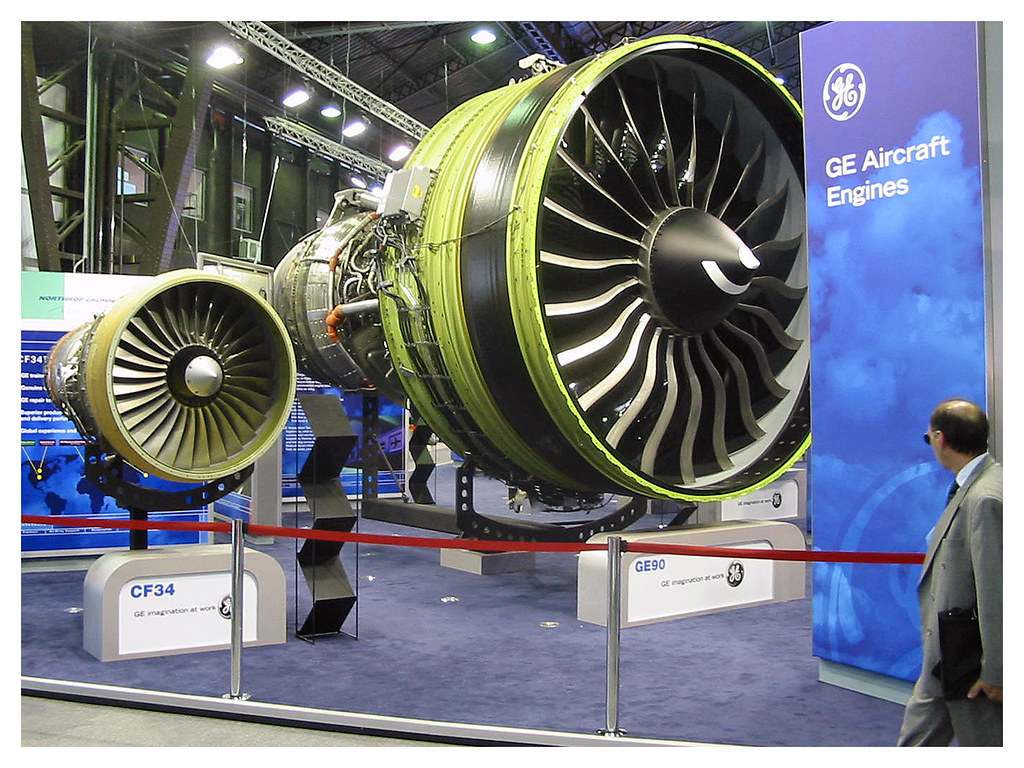 – In 1945: GE demonstrates the first commercial use of the Kaggleradar, allowing vessels to navigate through the darkness and unseen hazards as far as 20 miles away

– In 1955: GE Research Laboratory announces the ability to create the first artificial diamonds, primarily for industrial use

– In 1957: The opening of the world’s first licensed nuclear power plant

– In 1982: CFM International’s CFM56 is introduced, and would go on to dominate the engine market for short haul airliners

– In 1996: MSNBC is formed with partner Microsoft. 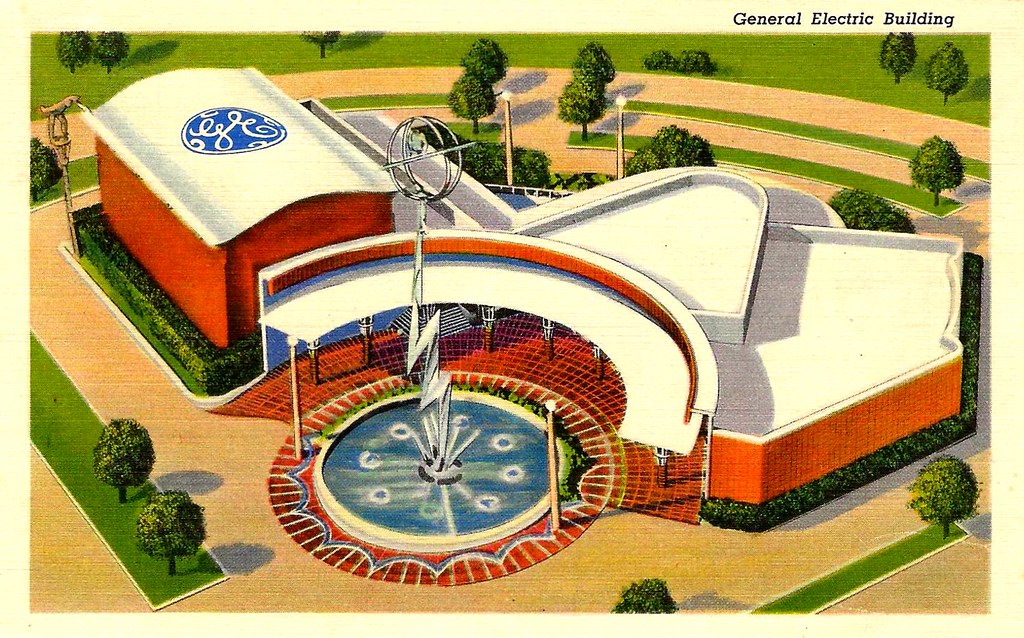 – In 2009: Created in 2015, GE’s digital arm combines the company’s software center, its IT and commercial software teams, and technology from the cybersecurity firm Wurldtech.

– On November 9, 2021: The company announced it would divide into three public companies. The new companies will be focused on aviation, healthcare, and energy (renewable energy, power and digital) respectively.

According to en.wikipedia.org; zippia.com; ge.com. Source of photo: internet