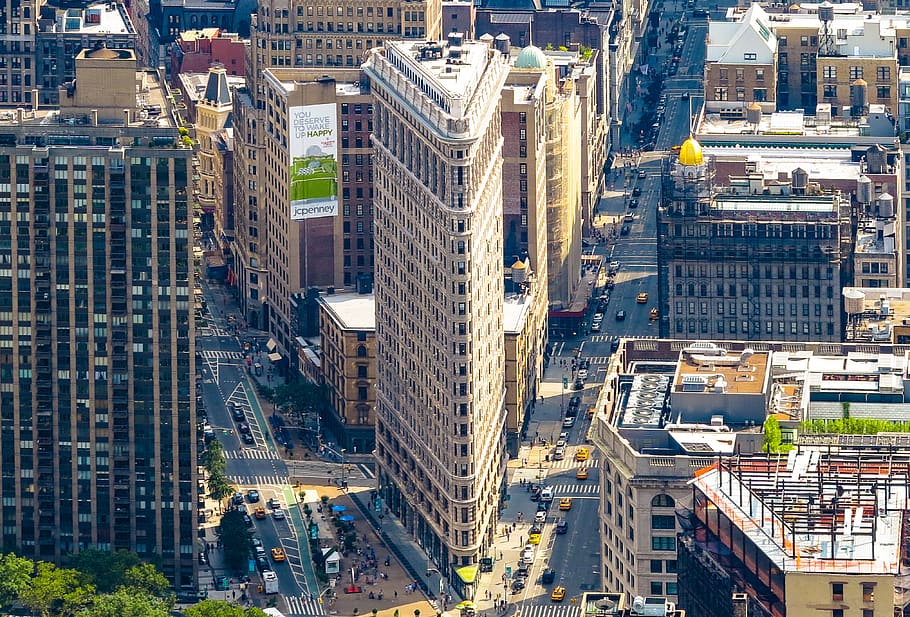 The Flatiron Building is one of New York City’s most iconic buildings. It is recognizable for its unique triangle shape, which conforms to the wedge-shaped block on which it stands. Its limestone façade and steel frame are fine examples of early20th-century beaux-arts architecture. The nearby pedestrian zone and Madison Square Park offer space to relax and unwind.

The Flatiron was originally called the Fuller Building, after the man who financed it and was designed by Daniel Burnham. The distinctive shape resembles an old iron, giving it the name Flatiron. It was erected in the early 1900s and, at 20 stories high, was considered the first skyscraper in the country. 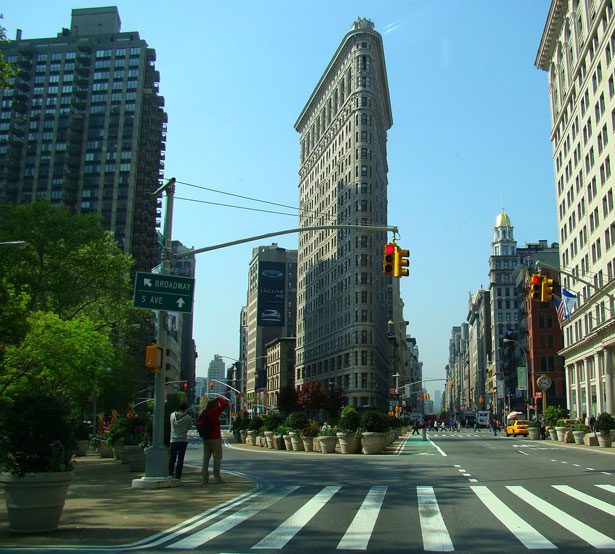 Notice the building’s limestone façade, which was created to look like a classical pillar. See the scrolling pattern, ornamented base, and overhanging base and top. Marvel at the triangular shape of the structure that has the appearance of a ship sailing up Fifth Avenue. In front of the building, between Fifth Avenue and Broadway, is a small monument that marks the grave of a Civil War veteran.

The Flatiron is famously known to create atypical wind currents. As you look down 23rd Street, imagine the world of the 1920s when it was not uncommon to see police officers stationed here to stop men loitering in the hope of seeing women’s skirts blow up in the wind. The surroundingFlatiron District is a pedestrian-friendly area where you can sit in the shade, unwind and people-watch.

Explore the nearby clothing and stationery shops, design stores and photography galleries. Walkthrough Madison Square Park and admire the surrounding cast-iron architecture.Sit in the southern end of the park and take advantage of the free public-wiFi. In the summer, enjoy a free public concert, listen to a literary reading or admire the art displays.