The World of Coca-Cola museum details the history and ethos of one of the world’s most successful and famous brands. Taste nearly every variety of Coca-Cola from around the world, revisit vintage marketing campaigns and see how the soda has evolved. The museum is located beside the Georgia Aquarium in downtown Atlanta. Wander through the ground floor Lobby, decorated with giant Coca-Cola bottles, and then make your way through The Loft. The walls are lined with an exhibit of posters and promotional material from over a hundred years of advertising. You can even take a souvenir photo with the brand’s famous polar bear mascot.

In the small-scale bottle factory see how classic eight-ounce (227-gram) Coke bottles are made. After a stroll through a small museum that chronicles the company’s timeline, head into the vault room. Coca-Cola’s “top-secret” recipe is rumored to be stored under lock and key inside. 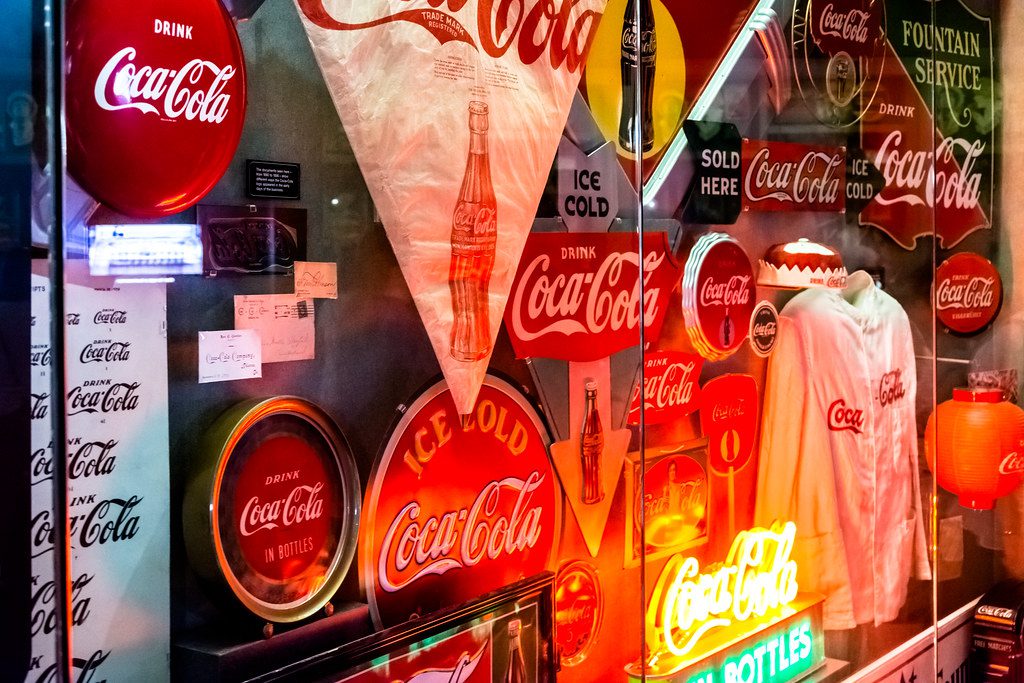 The second level of the World of Coca-Cola features a 4-D cinema that screens an amusing fictional film called In Search of the Secret Formula. Learn about Coca-Cola’s impact on popular culture and watch the brand’s commercials from around the world.

The most popular exhibit in the museum is the tasting room. Sample more than 60 different flavors of Coca-Cola and take home a free commemorative bottle made at the museum. Finish your visit in the Coca-Cola store. Hundreds of soda-related products are on sale, with limited edition bottles and souvenirs.

World of Coca-Cola is open every day except Christmas and Thanksgiving. The admission price comes with free tastings and a commemorative bottle.

According to www.expedia.com. Source of photos: internet