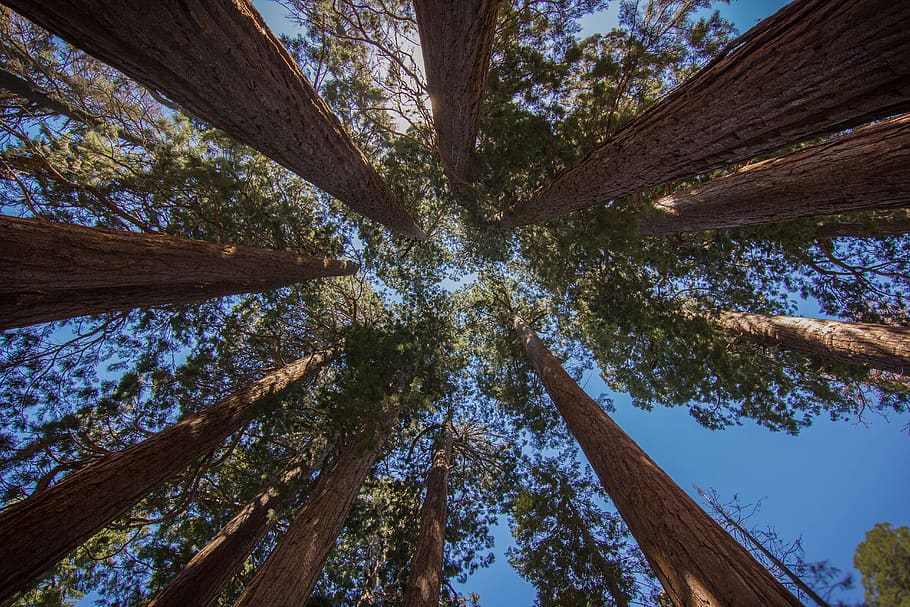 Sequoia National Park is an American national park in the southern Sierra Nevada east of Visalia, California. The park was established on September 25, 1890 to protect 404,064 acres (631 sq mi; 163,519 ha; 1,635 km2) of forested mountainous terrain. Encompassing a vertical relief of nearly 13,000 feet (4,000 m), the park contains the highest point in the contiguous United States, Mount Whitney, at 14,505 feet (4,421 m) above sea level. The park is south of, and contiguous with, Kings Canyon National Park; both parks are administered by the National Park Service together as the Sequoia and Kings Canyon National Parks. UNESCO designated the areas as Sequoia-Kings Canyon Biosphere Reserve in 1976. The park is notable for its giant sequoia trees, including the General Sherman tree, the largest tree on Earth by volume. This giant tree rises 275 feet (83 meters) into the sky and stands in what is today known as Giant Forest. While you can find sequoia trees in several national parks, Giant Forest has over 8,000 of them. Learn more about sequoias at the nearby Giant Forest Museum. Another famous tree here is General Grant, also known as the “Nation’s Christmas Tree,” in Kings Canyon National Park’s Grant Grove. To see the largest remaining sequoia grove, head to Redwood Canyon.

Hike the park’s more than 800 miles (1,300 kilometers) of trails. Uncrowded and wild, the trails lead through some of California’s most beautiful landscapes. Take the Kearsarge Pass through Onion Valley to see the show-stopping Kearsarge Lake. Intrepid explorers can attempt the 8-day trek up Mount Whitney, America’s highest mountain outside of Alaska. Drive the stunning Kings Canyon Scenic Byway, which weaves along the roaring Kings River for 30 miles (50 kilometers). Stop at Junction View for dizzying looks into the cavernous Kings Canyon, one of North America’s deepest canyons, and at the 80-foot-high (20-meter) Grizzly Falls.

According to en.wikipedia; expedia. Source of photos: internet