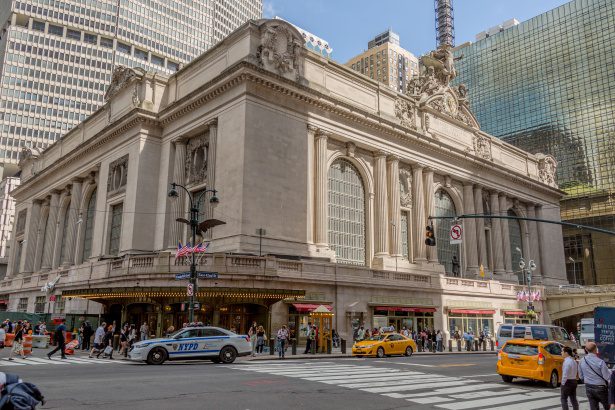 This majestic, lively hub for commuters is a must-see for architecture buffs.

Stand aside from the 750,000 daily visitors rushing to and from their trains and admire the architectural beauty of the majestic Grand Central Terminal. It’s also home to shops and dining options, making it an entertaining one-stop destination. Even if you’ve nowhere to go, a visit to this Beaux Arts building is a heady sensory pleasure. Enter from 42nd Street in Midtown and stroll towards the Main Concourse, the station’s central area. You’ll recognize this cavernous space from many Hollywood films. Look up for a celestial treat: the 125-foot (38-meter) high ceilings, decorated by French artist Paul Cesar Helleu in 1912 with gold leaf on cerulean blue oil. The mural depicts the zodiac constellations backwards, an error some believe was simply an accident. Just below the ceiling, light streams in from six 75-foot (nearly 23-meter) arched windows, illuminating the stone walls and marble floors.

In Hollywood movie style, make your way down one of the two opulent marble staircases modeled after the grand staircase in the Paris Opera House. Or rendezvous under the multi-million dollar, four-faced opal clock atop the information booth.

Other highlights of Grand Central, designed by architectural firms Reed and Stem and Warren and Wetmore, include French artist Jules Coutan’s sculptural group of Mercury flanked by Hercules and Minerva on the building’s facade. The sculpture surrounds a 13-foot diameter clock containing the world’s largest example of Tiffany glass. 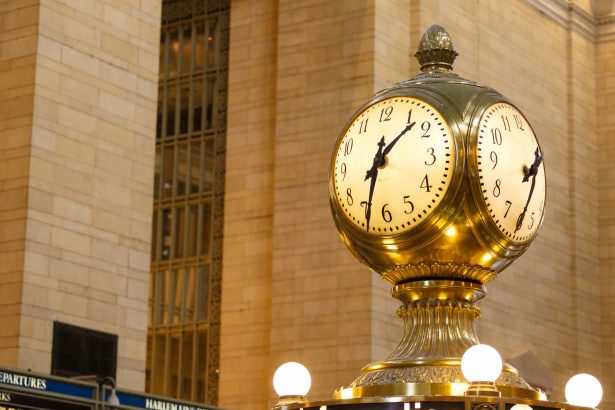 Still one of the largest transport hubs in the United States, Grand Central Terminal has 44 platforms and 67 tracks. There are two underground levels servicing surrounding parts of New York, as well as parts of Connecticut. If you visit with an empty stomach, the Dining Concourse, below the Main Concourse, has a range of options, including the iconic Oyster Bar and Restaurant. Opened in 1913, it’s the oldest establishment in the terminal. There’s a brilliant example of the tiled vaulting system designed by Spanish immigrant architect Rafael Guastavino, whose work can be seen in more than 200 buildings in New York City. Other examples include the Cathedral of St John the Divine and the Registry Hall at Ellis Island.

According to expedia.com. Source of photo: internet