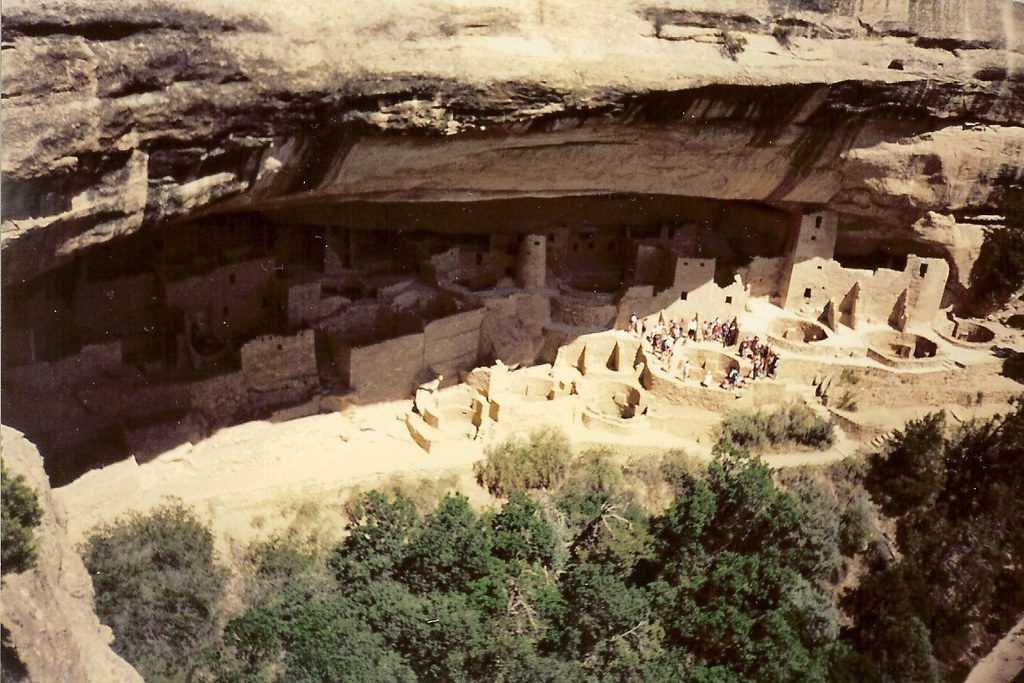 Established by Congress and President Theodore Roosevelt in 1906, the park occupies 52,485 acres (21,240 ha) near the Four Corners region of the American Southwest. With more than 5,000 sites, including 600 cliff dwellings, it is the largest archaeological preserve in the United States. Mesa Verde (Spanish for “green table”) is best known for structures such as Cliff Palace, thought to be the largest cliff dwelling in North America. 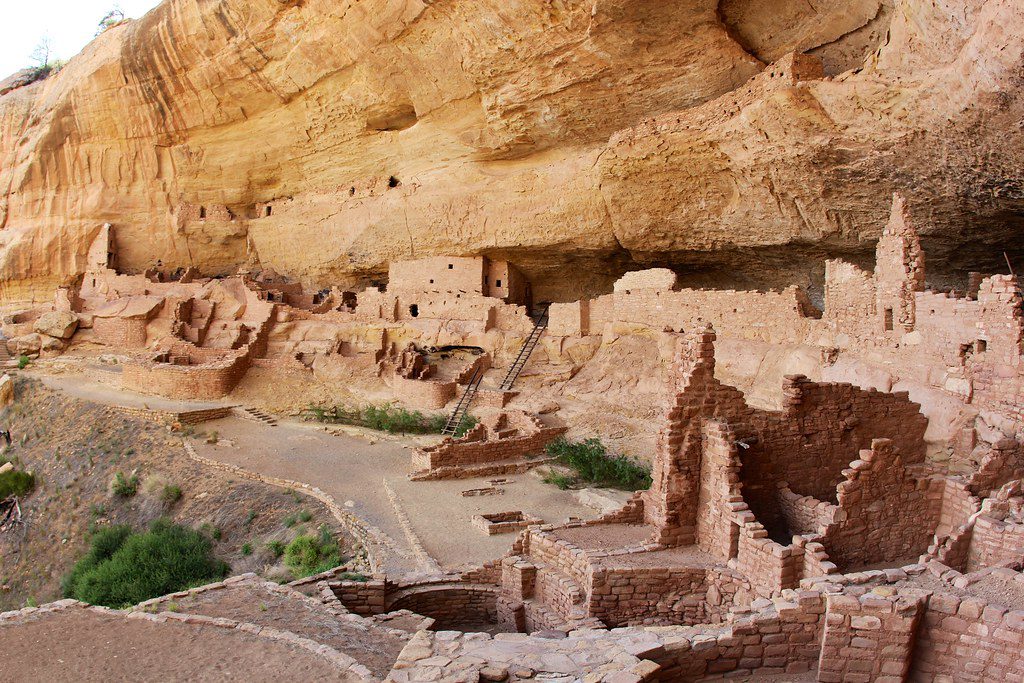 Starting c. 7500 BC Mesa Verde was seasonally inhabited by a group of nomadic Paleo-Indians known as the Foothills Mountain Complex. The variety of projectile points found in the region indicates they were influenced by surrounding areas, including the Great Basin, the San Juan Basin, and the Rio Grande Valley. Later, Archaic people established semi-permanent rock shelters in and around the mesa. By 1000 BC, the Basketmaker culture emerged from the local Archaic population, and by 750 AD the Ancestral Puebloans had developed from the Basketmaker culture. The Mesa Verdeans survived using a combination of hunting, gathering, and subsistence farming of crops such as corn, beans, and squash. They built the mesa’s first pueblos sometime after 650, and by the end of the 12th century, they began to construct the massive cliff dwellings for which the park is best known. By 1285, following a period of social and environmental instability driven by a series of severe and prolonged droughts, they abandoned the area and moved south to locations in Arizona and New Mexico, including the Rio Chama, the Albuquerque Basin, the Pajarito Plateau, and the foot of the Sangre de Cristo Mountains.