In its heyday during the 1800s, the firm had approximately 1,200 employees, filled several Hartford buildings and had branches in New Orleans and New York.

The staff has been whittled down over the years to seven, including three saddle makers, and the business operates out of an airy warehouse stacked with cardboard boxes full of the paraphernalia of the horse world.

It specialized in 1794 in sidesaddles for women, saddles ″calculated for both ease and beauty,″ according to an advertisement. But with the advent of the automobile and mass production of saddles, the company evolved into a specialized supplier of English-style saddles and leather harnesses. 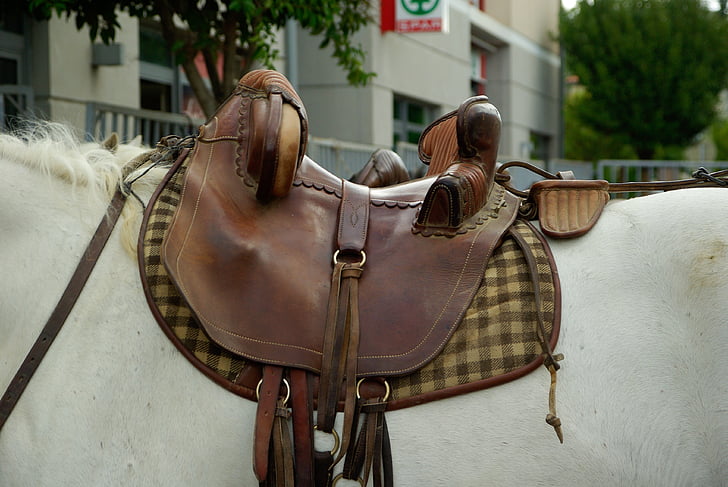 In addition, Smith Worthington imports and distributes saddles it makes in Walsall, England. The company was managed for 134 years by direct descendants of founder Norman Smith. It passed in 1928 to a manager of the New York City branch of the business, John Allen Roberts.

Over the decades, the saddlery has adapted to meet market demands. Factory workers have produced leather goods for military use, as well as harnesses for a variety of animals, from camels and elephants to ostriches, seals, and dogs. In 1958, Smith-Worthington was visited by Mohammad Reza Pahlavi, the shah of Iran, who ordered 12 custom-made saddles for horses in his court. Today, riders can continue ordering both custom- and ready-made tack from the saddlery.

Today, Smith-Worthington’s showroom on Homestead Avenue is infused with the sweet scent of leather. It’s a living daguerreotype, a tableau of fawn, mahogany and coffee browns, from the gleaming wooden floor to the scores of saddles hanging from the rafters.

According to courant.com; theclio.com; apnews.com. Source of photos: internet