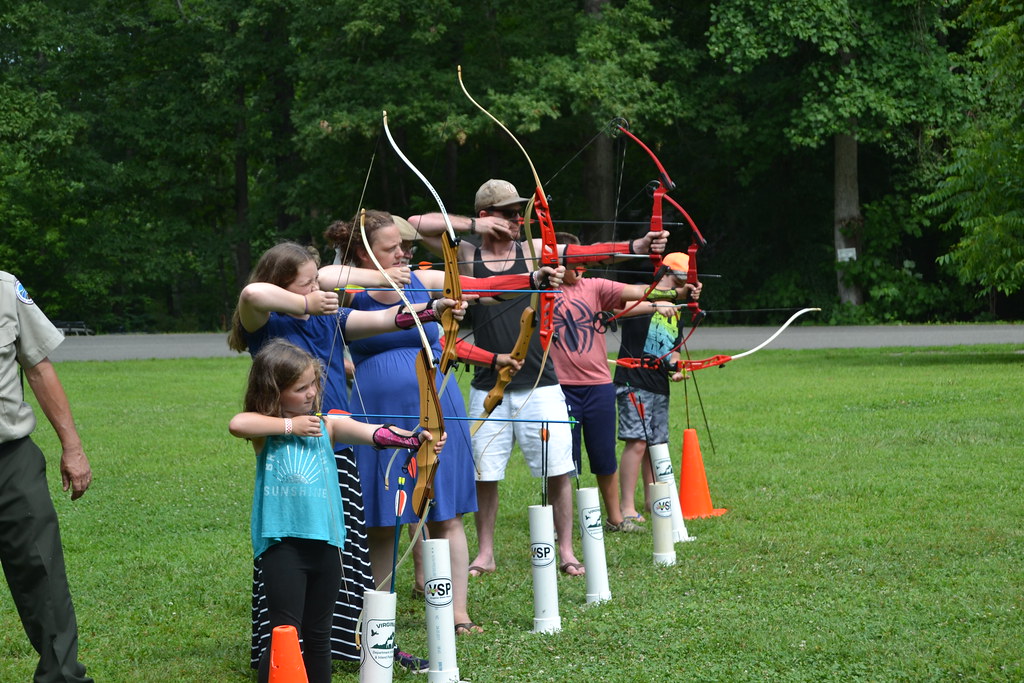 Bear Archery is a manufacturer and marketer of bows and archery equipment located in Gainesville, Florida, owned by Escalade Sports. Fred Bear started Bear Archery back in 1933 with the goal of making archery accessible to everyone. He was a man devoted to the outdoors that had a respect for nature and all things wild. He believed the bow and arrow were the history of mankind and that by immersing yourself in the outdoors made you a better human being.

He patented the archery glove in 1937, and demand for his archery products steadily grew. He hired Nels Grumley, a bowyer now hailed as one of the greatest of all time, to help him design and build bows, all still under the Bear Products name. These bows were all hand built from a single piece of wood, usually Osage Orange, and used handmade Irish linen as the bowstring. They may be considered crude compared to today’s archery equipment, but really these old bows are works of artistry and ingenuity.

In the early days of Bear Archery, he sold products to archers at shoots and sports shows, advertised in at local markets and sold to hardware stores. In order to help Bear Archery get off the ground, Mr. Bear had to get the word out about bow hunting. He’s been famously quoted as quipping, “I not only had to make a product, but I had to make a market for it, too.”

He began to film his hunts to show that hunters could be successful in the woods with a bow and arrow. He had an old camera with a gooseneck lens, his signature safari-style hat and red flannel coat, and a determination to not only prove his products, but prove the sport of archery as a whole.

Because of his determination, Fred Bear was able to convince Michigan to open their first-ever archery season in 1937. Not only was this Michigan’s first bow season, but it was also the country’s first. Other states, like Pennsylvania, began to take notice and follow suit, and bow hunting began its journey to becoming an established sport across the nation.

By 1939, the archery side of Bear Products was the only thing in Mr. Bear’s mind, and he sold the advertising side of the company to his partner Charles Piper in 1940, renamed the company Bear Products by Grumley, and settled into focusing on his passion along with bowyer Nels Grumley.

Six years later, Mr. Bear patented yet another revolutionary archery design: the quiver that attached to the bow itself instead of the hunter’s back or side. He was constantly innovating, improving, perfecting the state of bow hunting.

In 1947, when demand for their products outgrew their current space, Mr. Bear moved the company to Grayling, Michigan, where they could work out of a larger facility and keep up with the burgeoning popularity of archery equipment. Innovation continued. Mr. Bear filed a patent for the use of fiberglass on bows in 1948, a design that has since been used on every modern bow. The strong and flexible nature of the fiberglass backing revolutionized an archer’s weapon. He later developed the Fred Bear Razorhead, a unique design that sold as number one on the market for a number of years and continues to sell well today.

According to mossyoak.com. Source of photos: internet