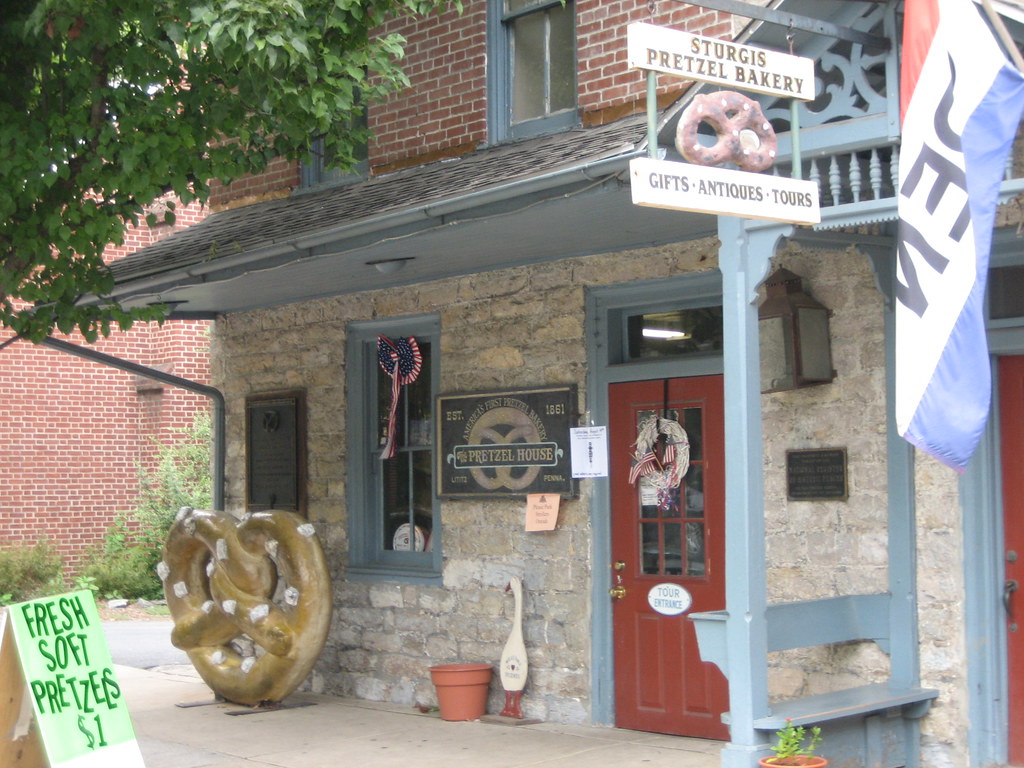 The Sturgis Pretzel House of Lititz, Pennsylvania, founded in 1861, is the oldest commercial pretzel bakery in the United States. The Julius Sturgis Pretzel Bakery remains active in pretzel production and is a tourist attraction.

In 1850, Julius Sturgis owned a bread business in Lititz. That year, he provided a homeless man with dinner. According to legend, the homeless man had been on a train that went behind the bread business, and got off the train after seeing the bakery to get food and a job; however, Julius did not have a job available, but nonetheless fed the man. 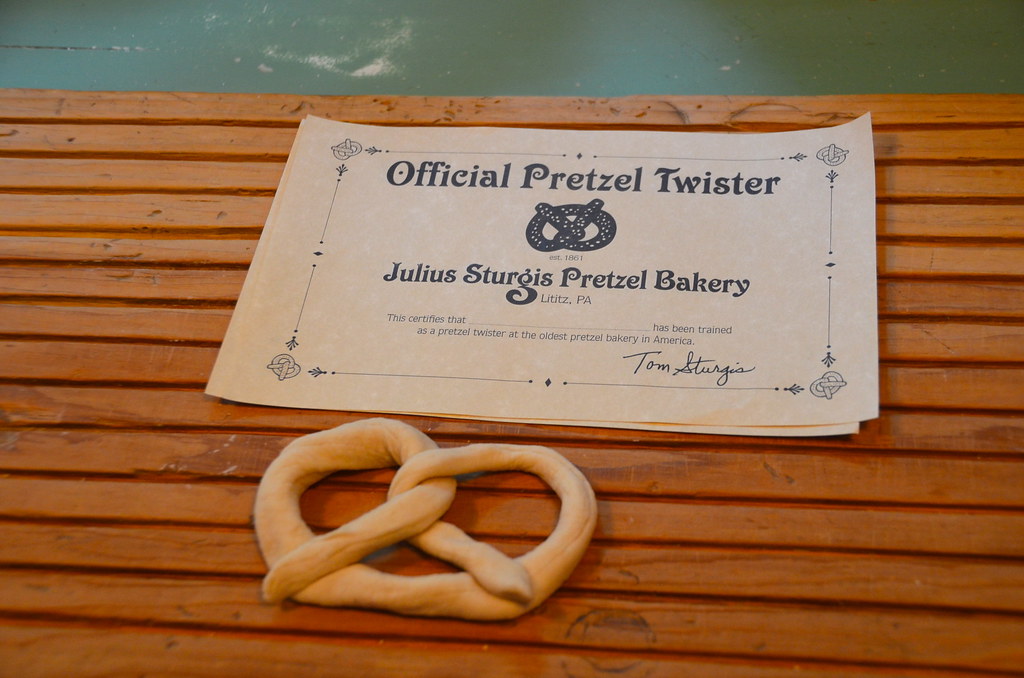 The man in return gave Julius a pretzel recipe. He had never baked pretzels before, so he tested the recipe out on his family and added pretzels to his bakery. By 1861 the recipe had proven to be so popular that Julius stopped his bakery to make pretzels; he started the first commercial pretzel business in the United States. To this day the Sturgis family still bakes pretzels using the same recipe Julius used to start his pretzel bakery in 1861. Marriott Sturgis, born in 1910, was Julius’s grandson. He was nicknamed “Tom Sturgis” because he worked alongside his uncle Tom Keller and they had similar baking styles. Tom’s family moved to Reading, Pennsylvania where Tom continued to work in pretzel bakeries, eventually he—with his brother Correll—opened their own pretzel bakery in 1936 called Sturgis Brothers. However, Tom had to close down Sturgis Brothers due to the drafts for World War II. 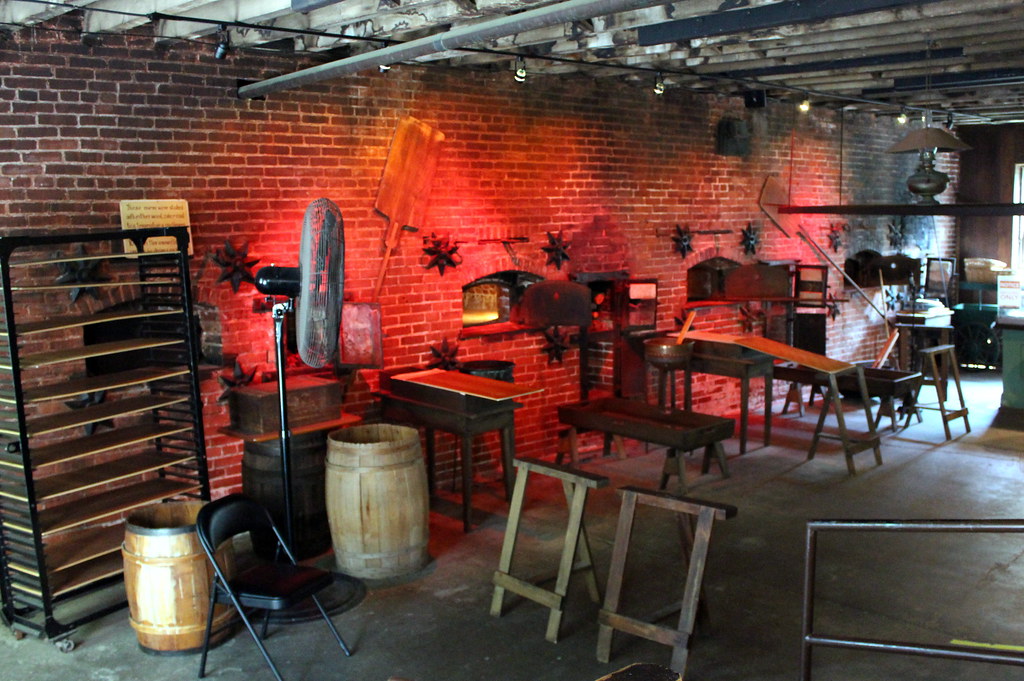 According to en.wikipedia.org; juliussturgis.com.Source of photos: internet