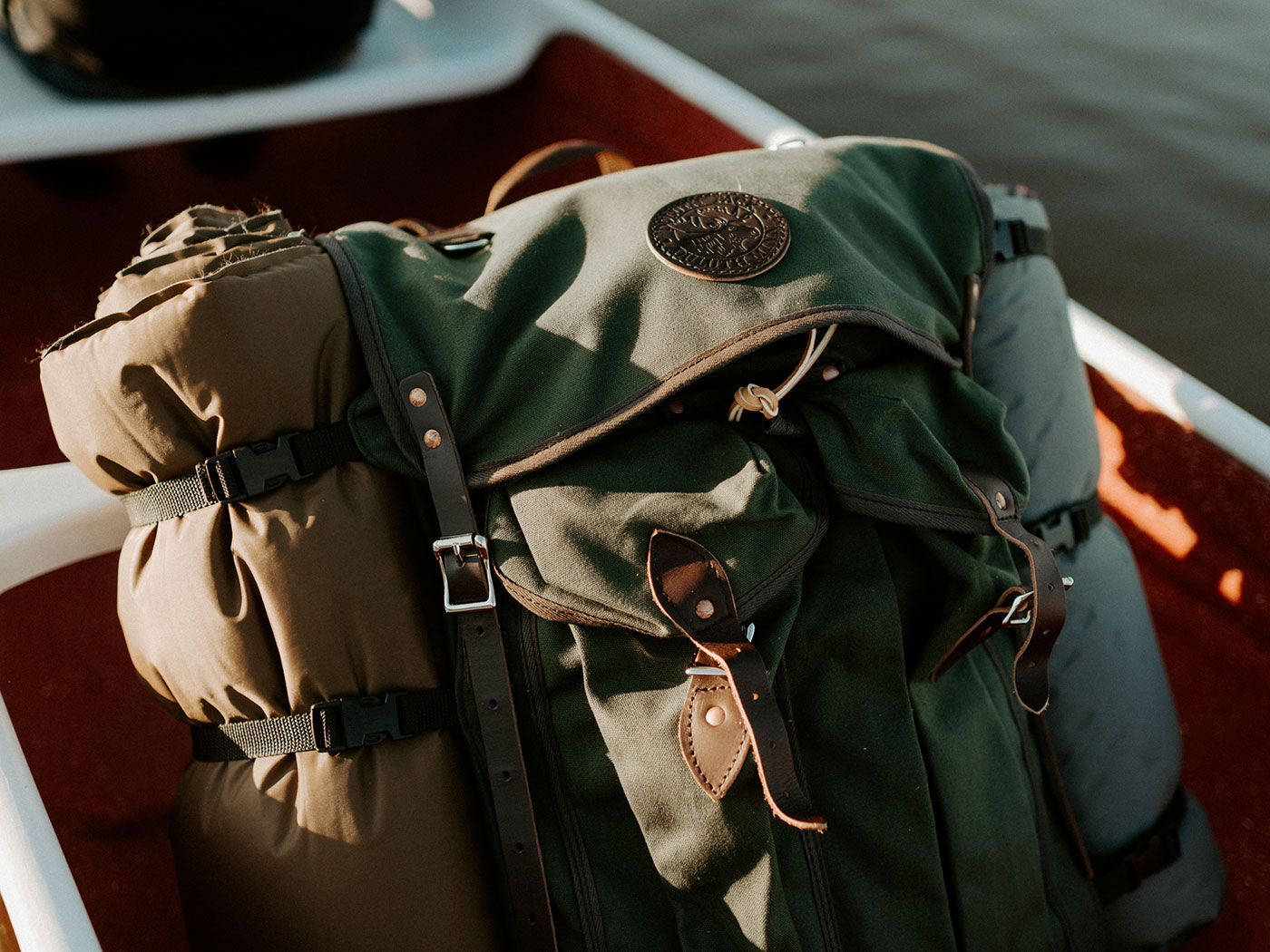 The Duluth pack was invented by a French-Canadian named Camille Poirier, who went west to Duluth in 1870. Arriving with his “little stock of leather and tools”, he began a small shoe store and quickly found success in what was then a booming frontier town. Out of his small shoe shop on the waterfront, Poirier began building a new style of canoe pack with a tumpline, sternum strap, and umbrella holder. He patented the design in 1882. The original #3 Duluth Packs have changed little since then, and came to be extensively used on wilderness canoe camping trips, giving prominence to both the name of the pack and the company. In 1911, Poirier sold off the canoe pack business to Duluth Tent and Awning on West Superior Street in downtown Duluth.

In the 1920s, as America began its love affair with the automobile and auto camping became all the rage, Duluth Pack built “auto packs” that would clamp to the running boards of the car to hold extra gear. In some ways these were forerunners of RVs. The company has since grown globally and started joint ventures with Barney’s in New York, Urban Outfitters, and other prominent companies.

The rugged canvas and leather style of Duluth packs has become fashionable, and the company manufactures and markets a range of other products, such as purses and computer cases made in the same style. Duluth Pack also manufactures American Heritage products such as purses, briefcases, backpacks, iPad cases, luggage, gun cases, and a variety of accessory items. In addition to the traditional canvas and leather, there are new product lines using Faribault Woolen Mills wool, Woolrich wool, and American Bison leather grown in North Dakota and tanned in St. Paul, Minnesota

The company’s mission is simple, and straightforward and has never wavered. The company handcrafts the highest-quality premium American made canvas and leather outdoor gear, packs, bags, and hunting equipment that is guaranteed for life on all craftsmanship and hardware.

According to duluthpack.com; en.wikipedia.org. Source of photos: internet