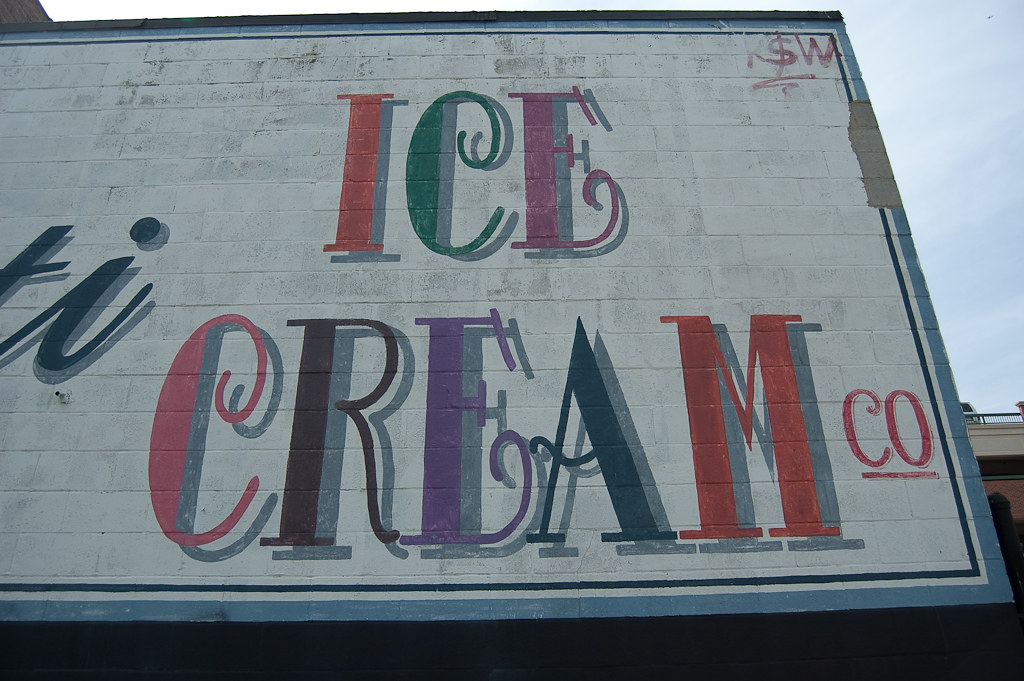 As the second-generation owner of the business, which was founded by his father in 1915 and just celebrated its centennial anniversary, “me, my brother Donn and four cousins grew out of my father’s sign business,” said Hutchins, 66.

The business was launched after his father, a Hoboken pharmacist, had difficulty finding someone to make the daily and weekly signs he hung in his shop window. He finally elected to make his own signage, and the venture unexpectedly took off.

“Others kept coming to my dad for their signs and he successfully ran F. D. Hutchins Signs of Distinction from 1915 until 1979,” said Hutchins, whose father moved the business from Hoboken to Newark to Philadelphia and finally to Keansburg in 1959. 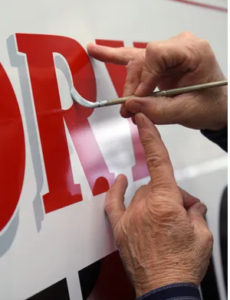 Working in the shop after school since he was 13, Hutchins ultimately took over as the sole owner after his father passed and moved the shop to New Egypt, where it’s remained a town landmark for the past 36 years.

At the shop, which features a reception area, computer room, manufacturing space, and bays to house trucks or buses, “we handle every aspect of commercial signage, from lit channel letters and illuminated signs to sand-blasted dimensional and hand-carved signs,” Hutchins explained. “We offer old-school hand lettering, gold-leafing, and Jersey airbrush, a style originated in New Jersey, as well as vinyl graphics and digital imaging, and we also specialize in truck and boat lettering and can replicate other artists’ work to maintain branding.”

While computer graphics entered the mainstream sign business 25 years ago, Hutchins prides himself on the seasoned hand-lettering skills that are signature to his business. “Hand lettering is unique to each artist and can translate a customer’s visions into reality and offer a customer something truly individualized and distinct,” he said. “Hand lettering artists are very hard to find now and many have retired,” he added. “I come from generations of folk and fine artists and can’t imagine that there are more than 15 to 20 other hand letterers in the entire state.”

Though he’s an artist at heart who can professionally hand-letter almost as fast as he can write, Hutchins is very clear on the value of a quality sign to a business’ image, success and growth.

“Businesses need to have every advantage going for them in order to make it today and it starts with a great sign – one that has structural integrity, is aesthetically pleasing and clear, complies with local regulations and takes into account considerations like reflection and glare so that at any time of day the sign is legible,” he said. “

According to .app.com. Source of photos: internet