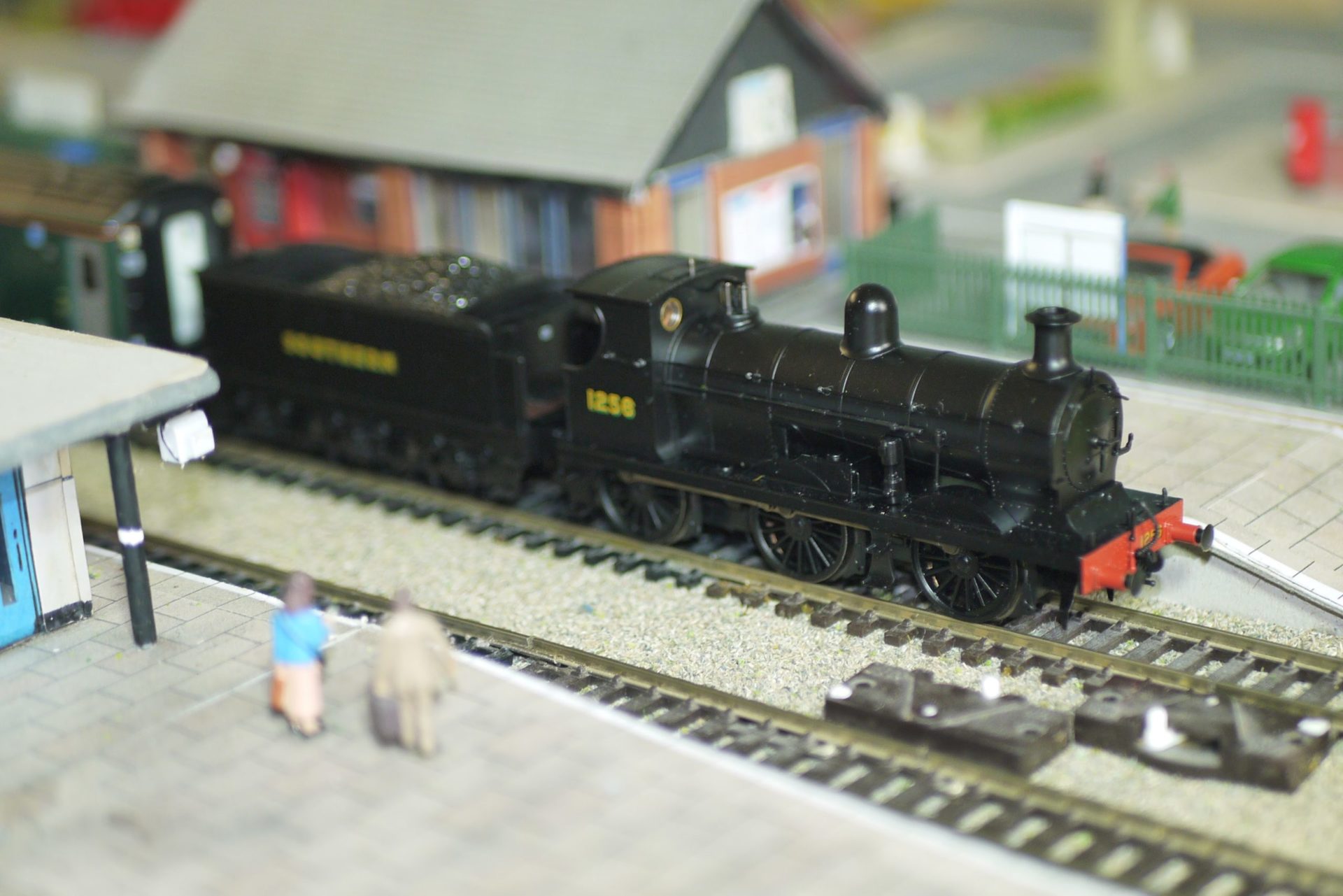 Founded in 1833 by Henry Carlisle, his Philadelphia-based company originally fashioned horn, ivory, and tortoise shell into Spanish combs for the Southern aristocracy. The company diversified into other hair ornaments and umbrella handles after the Civil War. In 1899, the firm merged with a competing company operated by master carver Henry G. Bachmann and his son, Walter J. Bachmann.

Adapting to changing times, in 1912 the company began using a new material, celluloid, to manufacture eyeglass frames. After Henry G. Bachmann’s death in 1914, the company changed its name to Bachmann Brothers. It continued to specialize in injection molding and was the first American company to manufacture prescription sunglasses. Bachmann continued to diversify in the ’60s and ’70s, including among its many ventures slot cars, toy airplanes, plastic animal sets, robots, and cassette cases. As model railroading became more popular, the company supplied everything from trains to scenery to whole villages, eventually turning to Kader Industrial, Ltd for manufacturing support.

Founded in 1948 in Hong Kong, Kader was established to produce models and toys for export. Starting in 1969, Kader made the first model trains for Bachmann, and the two companies worked for hand in hand to create quality model railroading products for the discerning hobbyist. Kader acquired Bachmann from the Crowthers in 1981 and renamed it Bachmann Industries.

Bachmann introduced its premium Spectrum® line in 1988, which emphasizes highly detailed, faithfully reproduced locomotives and train sets. In 1988, Bachmann created the Big Haulers™ line on Large Scale. The company was delighted to become the distributor of Thomas & Friends™ in the United States in 2002, and now delivers these beloved locomotives, train sets, and accessories to aspiring engineers on both HO and Large Scale.

Now in the company’s third century, it continues to adhere to the founder’s vision of providing fine craftsmanship at affordable prices while striving to bring customers the variety of choices and innovation guaranteed by the Bachmann name.

According to .bachmanntrains.com. Source of photos: internet