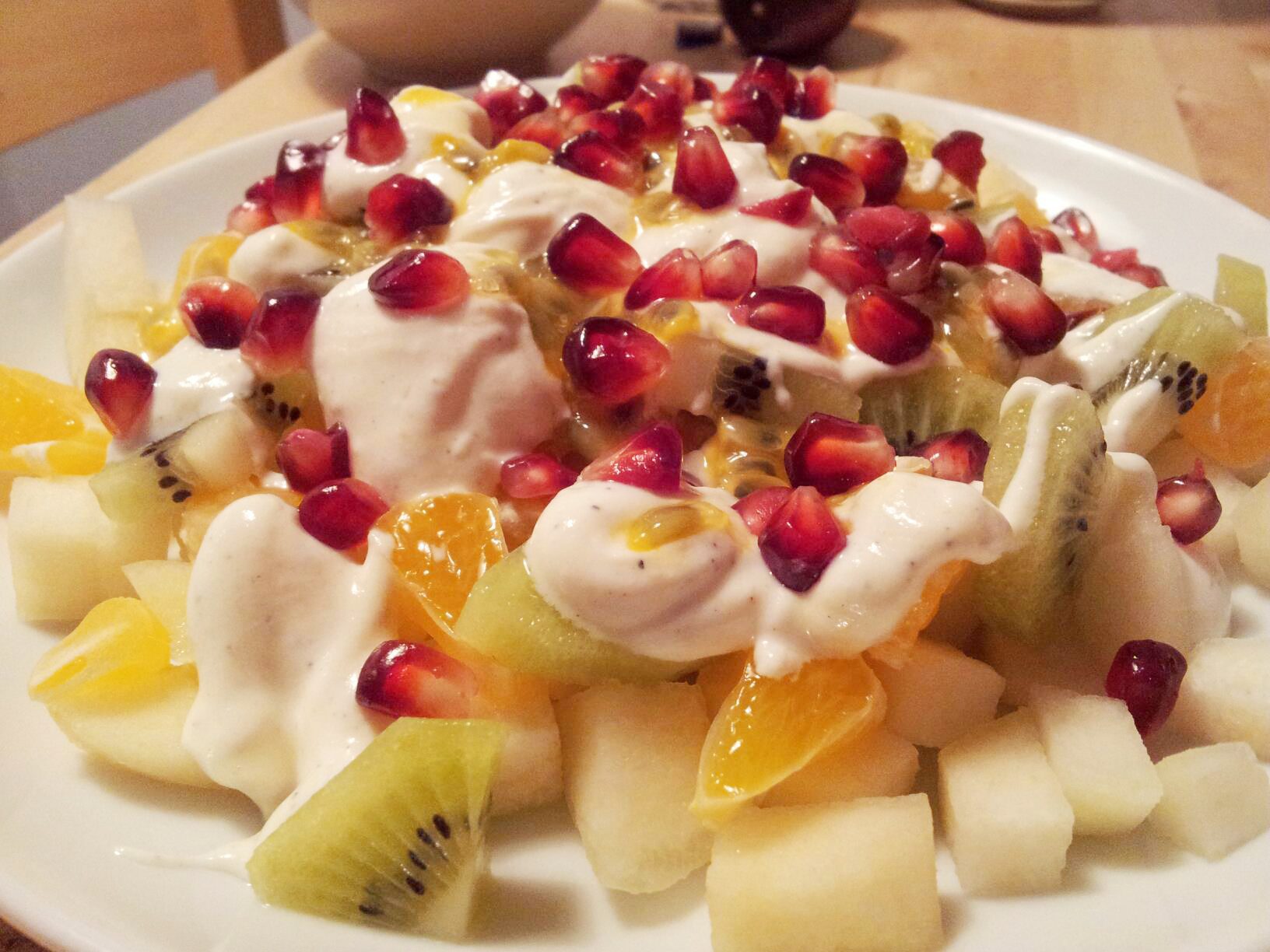 Ambrosia salad also has a bit of an identity crisis. Depending on your family’s prerogative, it might be considered a salad, but it may also be considered a dessert. It is a fruit dish so, depending on preparation, it can be light, like a salad. Other recipes are sweeter and include layers of whipped cream or even marshmallows, putting it clearly in the “sweets” category.

The word “ambrosia” means delicious or fragrant. Ambrosia was also the magical fruit of the gods in ancient Greek mythology. The gods on Mount Olympus ate ambrosia to maintain immortality and without it, they became weak. In Homer’s Iliad, the gods bathed in ambrosia and used it as perfume. And, though we are free to enjoy ambrosia today, mythology dictated that mortals would face death if they dared to eat the gods’ ambrosia or drink their divine nectars. Ambrosia began appearing in cookbooks in the late 1800s when citrus fruit became more prevalent in markets across the United States. These early recipes were very simple, usually including only orange slices, coconut, and sugar layered in a glass dish. As ambrosia’s popularity grew, many versions began to emerge, often with conflicting advice. For instance, Mary D. Pretlow’s Calendar of Old Southern Recipes warned, “You must not use canned coconut,” while James Beard’s Fireside Cook Book said, “The moist canned coconut is best for this.”

According to journal.alabamachanin.com. Source of photos: internet