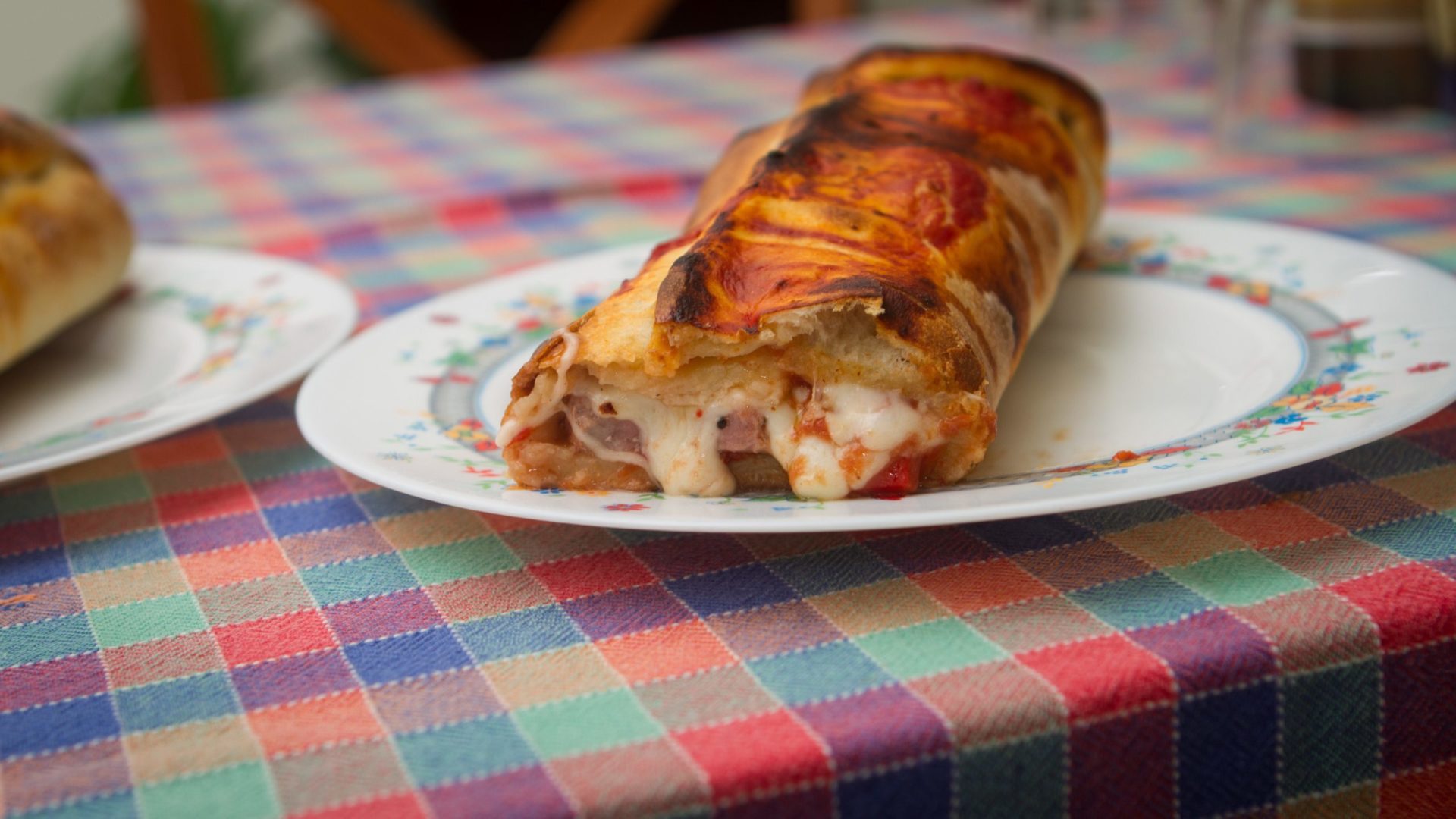 Stromboli is a type of turnover filled with various Italian cheeses (typically mozzarella) and usually Italian cold cuts (typically Italian meats such as salami, capocollo and bresaola) or vegetables. The dough used is either Italian bread dough or pizza dough. Stromboli was invented by Italian-Americans in the United States in suburban Philadelphia.The name of the dish is taken from the 1950 film Stromboli, which in turn is named after a volcanic island off the coast of Sicily. 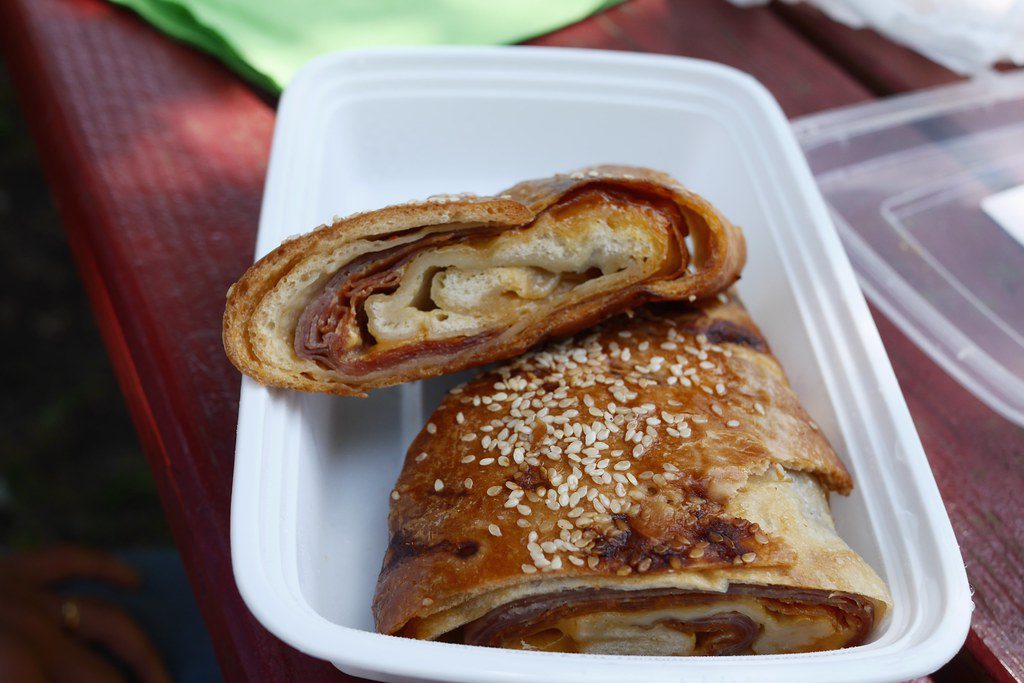 There are several claims regarding the origin of the usage of the name stromboli for food in the United States.

Romano’s Italian Restaurant & Pizzeria claims to have first used the name in 1950 in Essington, Pennsylvania, just outside Philadelphia, courtesy of Nazzareno Romano, an Italian immigrant. The pizzeria owner had experimented with “pizza imbottita”, or “stuffed pizza”, and added ham, cotechino sausage, cheese and peppers into a pocket of bread dough. His future brother-in-law suggested he name it after the recently released movie Stromboli, notorious for an off-screen affair between married actress, Ingrid Bergman, and married director, Roberto Rossellini, resulting in a love child. 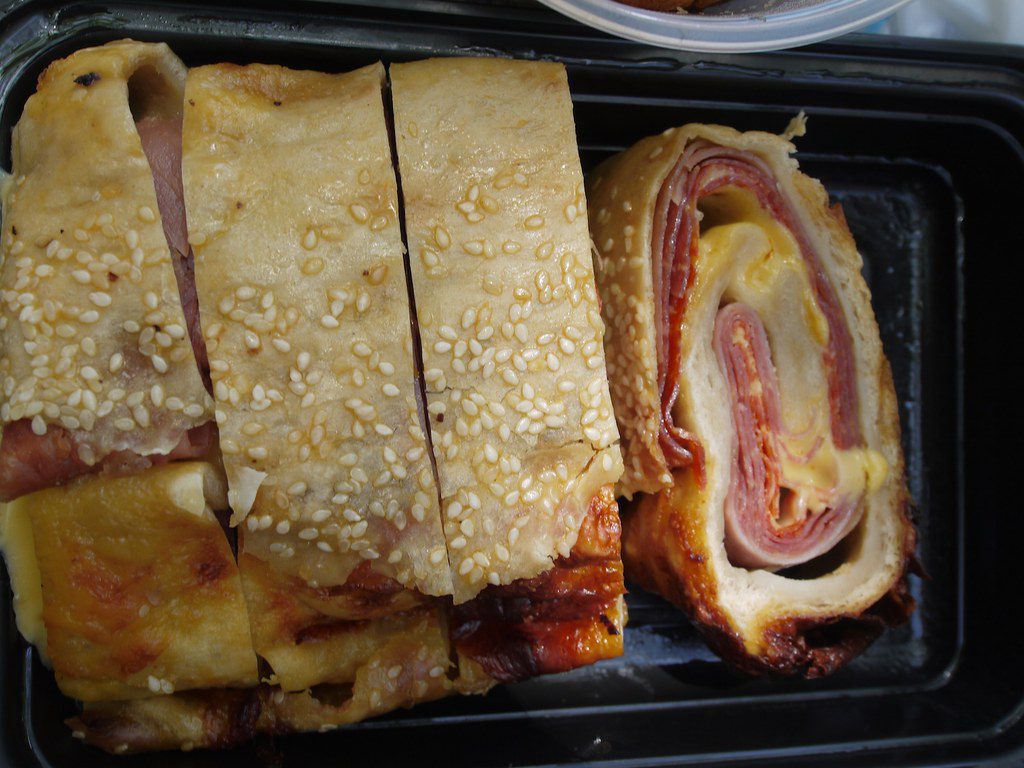 In 1954, Mike Aquino of Mike’s Burger Royal in Spokane, Washington, says he also named a turnover after the same movie. However, Aquino’s version appears to only share the same name as the commonly accepted version of the stromboli and is significantly different from the Philadelphia turnover version that is usually defined as a “stromboli”. Aquino’s “stromboli” consists of capicola ham and provolone cheese covered in an Italian chili sauce on a French bread roll. Variations also exist in Indiana.