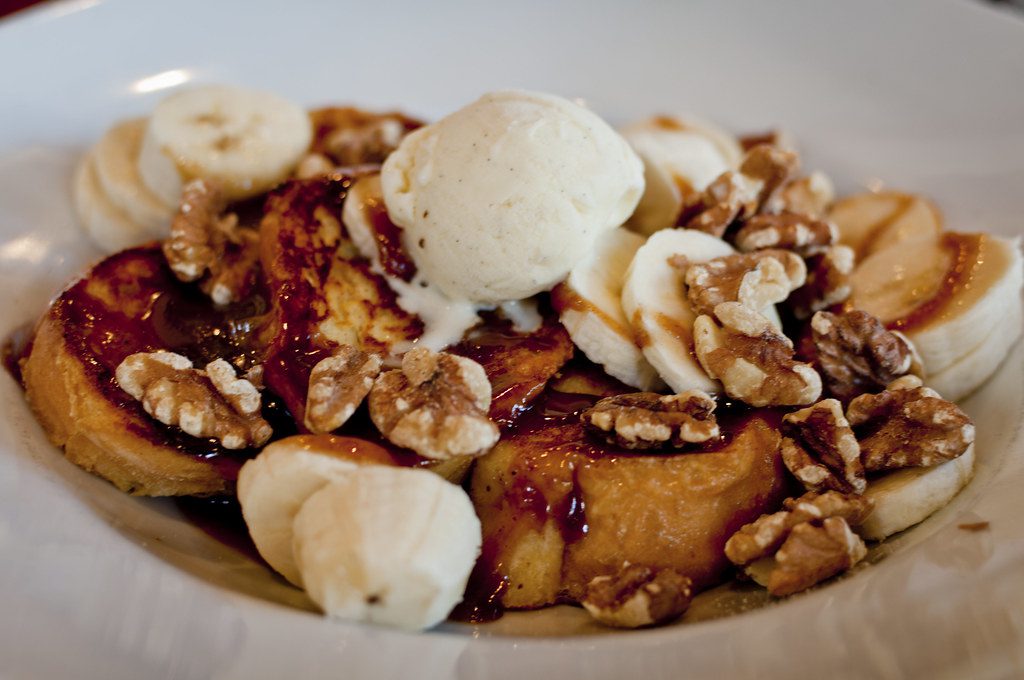 Bananas Foster is a dessert made from bananas and vanilla ice cream, with a sauce made from butter, brown sugar, cinnamon, dark rum, and banana liqueur. The butter, sugar and bananas are cooked, and then alcohol is added and ignited. The bananas and sauce are then served over the ice cream. Popular toppings also include whipped cream and different types of nuts (pecans, walnuts, etc). The dish is often prepared tableside as a flambé. Bananas Foster is an American dessert that originated in New Orleans made with cooked bananas served in a butter, brown sugar and rum sauce. The caramelized liquor-based sauce is often prepared using a cooking technique called flambé. This dessert can be served with vanilla ice cream or as a crêpe filling, but it may also be eaten on its own. Cinnamon and nutmeg may be added as seasoning. 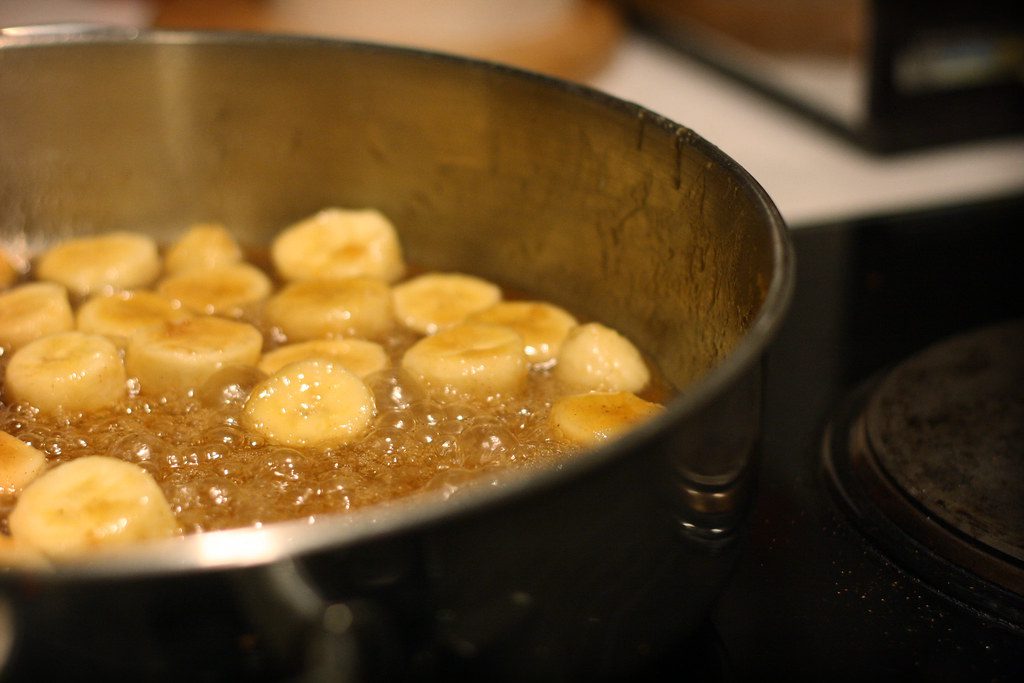 Though many think the dish was created at the restaurant Brennan’s in New Orleans, Louisiana, it actually got its start a few years earlier in Owen Brennan’s Vieux Carré restaurant. In 1951, Ella Brennan and the restaurant’s chef Paul Blangé worked together to modify a dish made by Ella’s mother in the Brennan family home. At this time New Orleans was a major hub for the import of bananas from South America. It was named for Richard Foster, the chairman of the New Orleans Crime Commission and a friend of restaurant owner Owen Brennan.