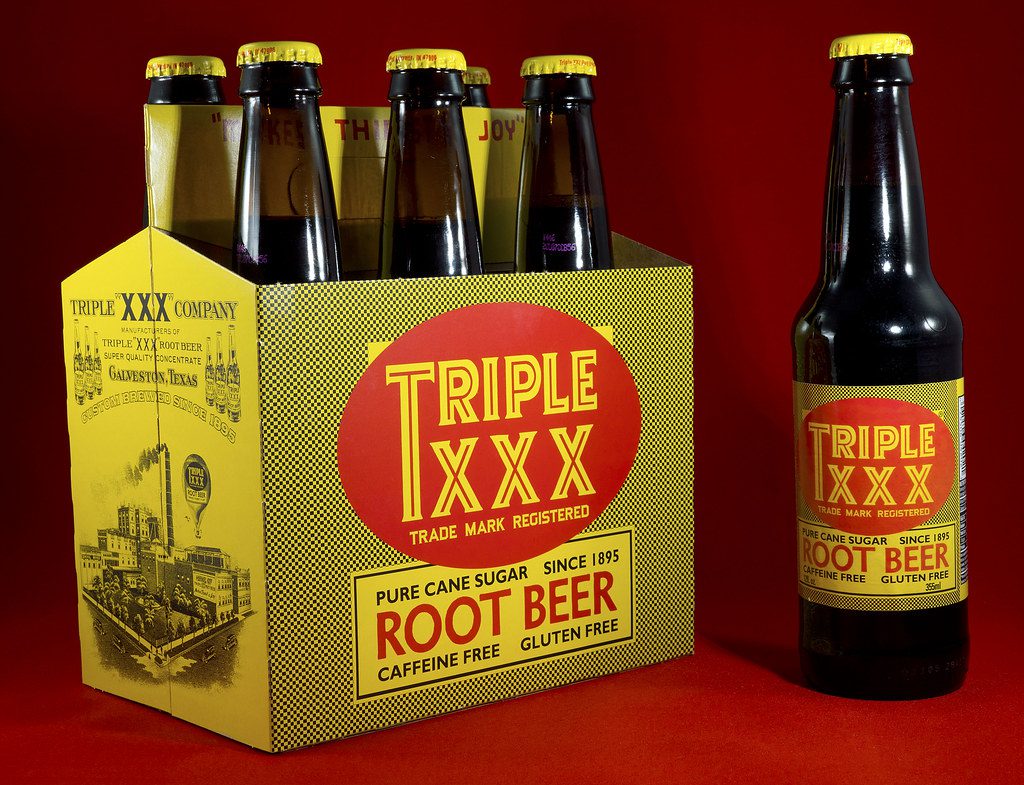 Root beer is a sweet North American soft drink traditionally made using the root bark of the sassafras tree Sassafras albidum or the vine of Smilax ornata (known as sarsaparilla, also used to make a soft drink, sarsaparilla) as the primary flavor. Root beer is typically but not exclusively non-alcoholic, caffeine-free, sweet, and carbonated. Like beer, it usually has a thick and foamy head. A well-known use is to add vanilla ice cream to make a root beer float.

Sassafras root beverages were made by indigenous peoples of the Americas for culinary and medicinal reasons before the arrival of Europeans in North America. European culinary techniques have been applied to making traditional sassafras-based beverages similar to root beer since the 16th century. The tradition of brewing root beer is thought to have evolved out of other small beer traditions that produced fermented drinks with very low alcohol content that were thought to be healthier to drink than possibly tainted local sources of drinking water, and enhanced by the medicinal and nutritional qualities of the ingredients used. Beyond its aromatic qualities, the medicinal benefits of sassafras were well known to both Native Americans and Europeans, and druggists began marketing root beer for its medicinal qualities.

Pharmacist Charles Elmer Hires was the first to successfully market a commercial brand of root beer. Hires developed his root tea made from sassafras in 1875, debuted a commercial version of root beer at the Philadelphia Centennial Exposition in 1876, and began selling his extract. Hires was a teetotaler who wanted to call the beverage “root tea”. However, his desire to market the product to Pennsylvania coal miners caused him to call his product “root beer”, instead.

In 1886, Hires began to bottle a beverage made from his famous extract. By 1893, root beer was distriuted widely across the United States. Non-alcoholic versions of root beer became commercially successful, especially during Prohibition.

Not all traditional or commercial root beers were sassafras-based. One of Hires’s early competitors was Barq’s, which began selling its sarsaparilla-based root beer in 1898 and was labeled simply as “Barq’s”.

In 1919, Roy Allen opened his root-beer stand in Lodi, California, which led to the development of A&W Root Beer. One of Allen’s innovations was that he served his homemade root beer in cold, frosty mugs. IBC Root Beer is another brand of commercially-produced root beer that emerged during this period and is still well-known today.

According to en.wikipedia. source of photo: internet