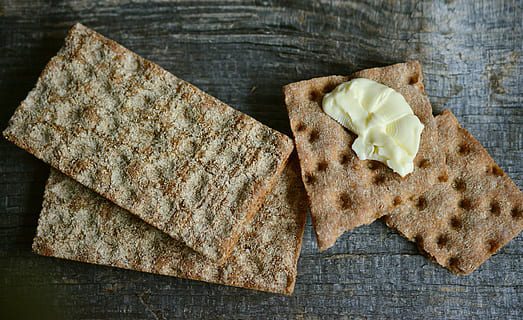 The graham cracker is a cookie of sorts, common in the United States, which is typically sweetened with sugar, honey, and/or cinnamon. The current recipe is a far cry from their original one — a mild, unsweetened biscuit made of unbleached flour with bran and wheat germ added. Graham crackers were originally invented in the early 1800s by a Presbyterian minister by the name of Sylvester Graham, who introduced this snack item as part of his then-radical vegetarian diet which eschewed white flour and spices. Herman Melville has an early reference to the crackers in Book XXII, Chapter I of his 1852 novel Pierre; or The Ambiguities – “For all the long wards, corridors, and multitudinous chambers of the Apostles’ were scattered with the stems of apples, the stones of prunes, and the shells of peanuts. They went about huskily muttering the Kantian Categories through teeth and lips dry and dusty as any miller’s, with the crumbs of Graham crackers.” 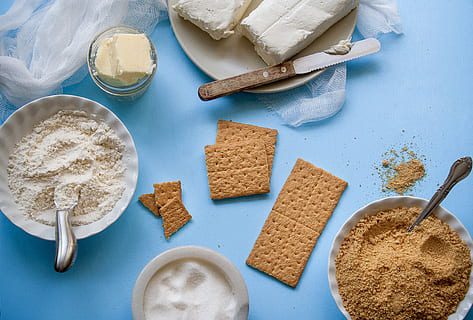 The main ingredients in its earlier preparations were graham flour, oil, shortening or lard, molasses and salt. Graham crackers have been a mass-produced food product in the United States since 1898, with the National Biscuit Company being the first to mass-produce it at that time. The Loose-Wiles Biscuit Company also began mass-producing the product beginning sometime in the early 1910s. The product continues to be mass-produced in the U.S. today.

According to en.Wikipedia; nowiknow.com. Source of photos: internet