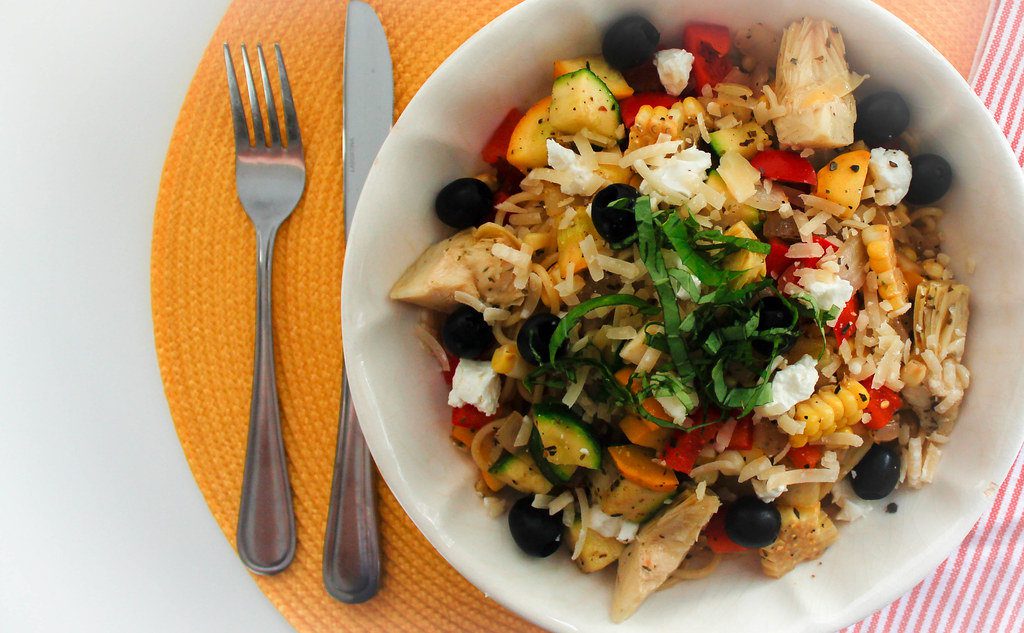 Pasta primavera is an American dish that consists of pasta and fresh vegetables, invented in the 1970s. In 1975, New York restaurateur Sirio Maccioni flew to the Canadian summer home of Italian Baron Carlo Amato, Shangri-La Ranch on Robert’s Island, Nova Scotia. Maccioni and his two top chefs began experimenting with game and fish, but eventually, the baron and his guests wanted something different. Maccioni then mixed butter, cream and cheese, with vegetables and pasta and brought the recipe back to New York City.

The fame of pasta primavera traces back to Maccioni’s New York City restaurant Le Cirque, where it first appeared as an unlisted special before it was made famous through a 1977 article in the New York Times by Craig Claiborne and Pierre Franey which included a recipe for the dish.

The invention of the dish is contested; Le Cirque co-owner Sirio Maccioni claimed that his wife Egidiana threw it together from ingredients on hand during a trip to Nova Scotia; Ed Giobbi, an amateur cook himself, claims to have shown Maccioni and Jean Vergnes (then chef at Le Cirque) a similar dish which Vergnes then slightly modified, and chef Franco Brigandi claims to have invented it while the maitre at Il Gatto Pardo Ristorante in New York City and prepared it for Bob Lape on WABC television before his dish was requested to be cooked by other culinary practitioners. All accounts agree that Vergnes refused to allow the dish to be prepared in the kitchen, so that the many requests for it had to be satisfied with a pot set up in a hallway.

The combination of lightly cooked vegetables and pasta, which Claiborne and Franey hailed as “by far, the most talked-about dish in Manhattan”, is widely recognized as one of the signature developments of American cuisine in the 1970s.