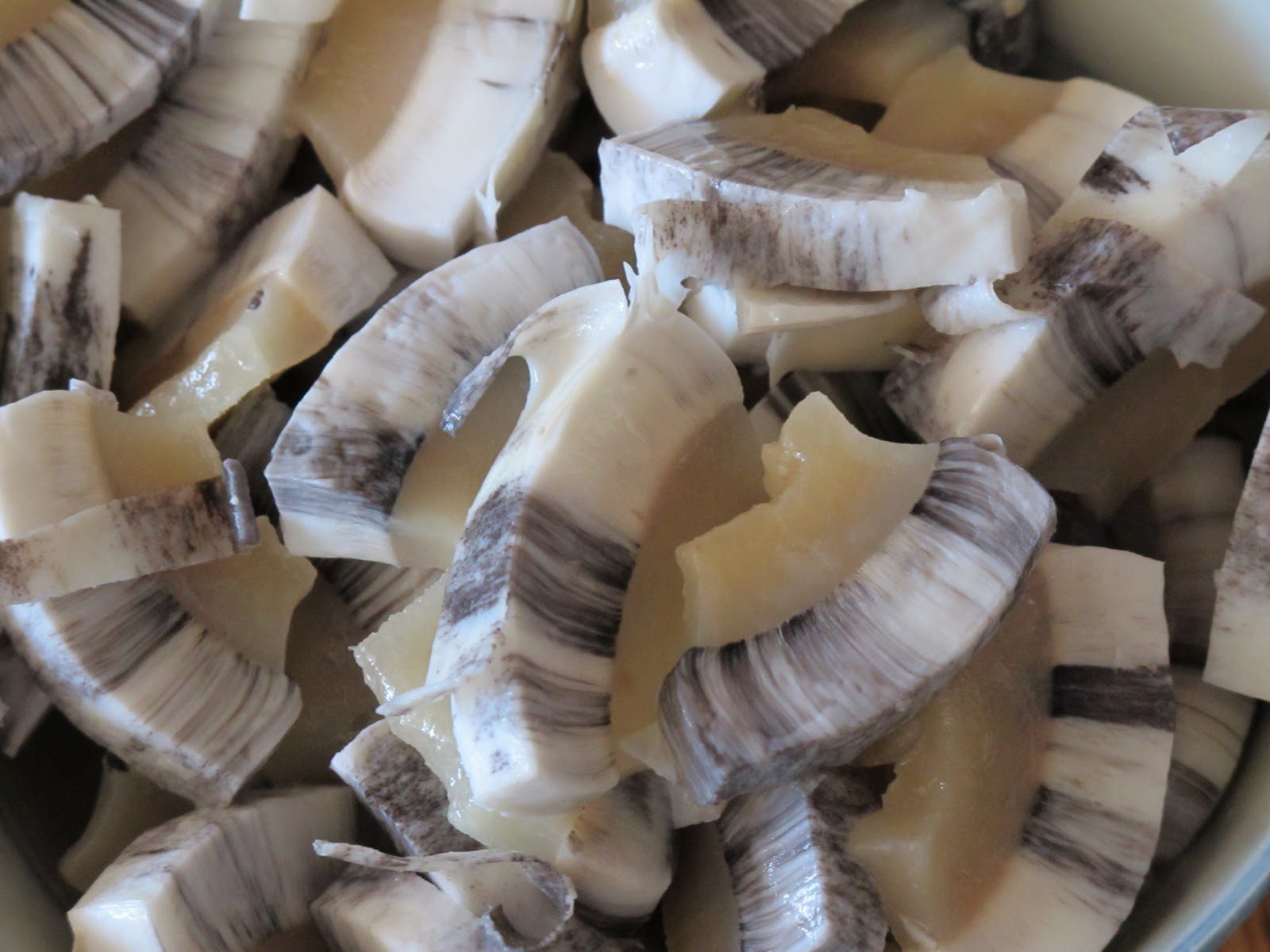 Muktuk is a traditional Inuit delicacy that consists of whale meat cut into cubes. Muktuk is eaten by Inuits predominantly in Greenland, Canada, and Alaska, USA.

Now you may have already heard of the other, frankly quite shocking, inuit delicacy of Kiviak or the Hákarl fermented shark. And while Muktuk is certainly less bizarre than that, it’s certainly one of the weirder foods eaten around the world! Some list it as one of the world’s most disgusting foods, while others have gone on a 30 Day Muktuk Diet and actually gotten some effective weight loss results. Curious to find out more? We got you covered. In this article, we break down everything you need to know about the Inuit delicacy Muktuk.

Muktuk is the skin and blubber of bowhead, narwhal or beluga whales cut into cubes.When served in its typical form, muktuk has a nutty, oily taste. It can also be pickled and deep fried, and then served with soy sauce. In terms of appearance, Muktuk looks like a black cap of skin with striated layers of gray and white or soft, pink-white blubber. The skin is super elastic – it’ll bounce back with each chew. The blubber, on the other hand, melts easily as you chew on.

Many people find the taste of Muktuk to be extremely repulsive. It’s a fascinating dish, but it certainly can’t be described as mouth-watering or delicious or anything of the sort (unless you’ve really acquired a taste for it). If you can get past the taste, though, the dish has quite some nutritional value to offer.

It is a rich source of vitamin C (the epidermis contains up to 39 mg per 3.5 oz) which is crucial to the North where diseases such as scurvy continue to persist. Also, the whale blubber is a valuable source of vitamin D.

Some say it tastes like fried eggs. Others feel a resemblance with fresh coconut. One enthusiastic diner goes on to describe it as “not unlike jerky, but tastes like the meat of a cow fed a strict diet of sardines”.

As you can tell, these descriptions are all very different from each other. It’s interesting to note that the dish tastes so unique, there’s no particular reference point for people to think of. “Weird” flavor and tender-crisp texture. Seems like a fascinating combo!