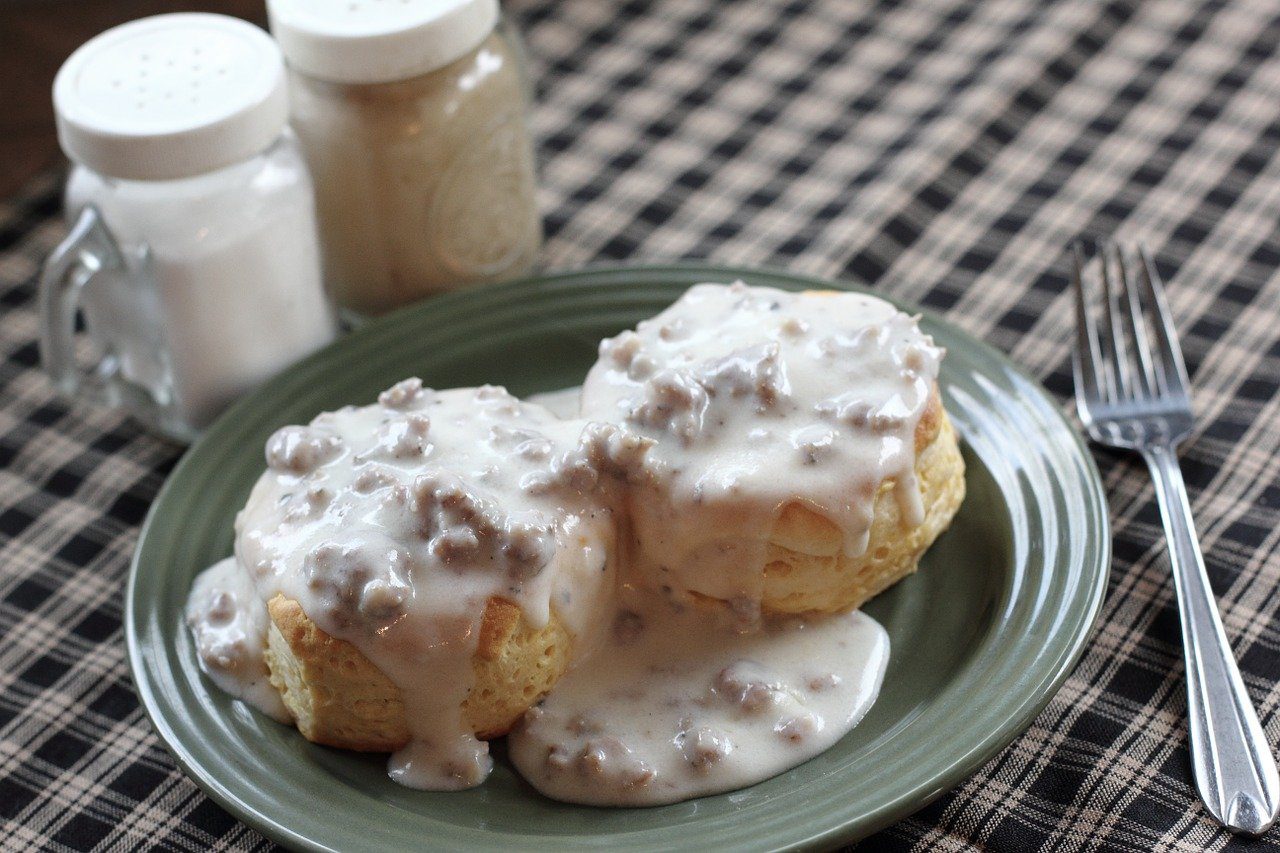 Biscuits and gravy in some form may go back as early as the Revolutionary War, but many food writers and culinary historians position its birthplace in Southern Appalachia in the late 1800s. Lumber was one of the main industries of the region, which supports the origin story that sausage gravy was also called sawmill gravy. It was the ideal cheap and calorie-dense fuel for sawmill workers lifting heavy logs all day long, and the perfect tool for making the era’s biscuits more palatable.

Biscuits in early America were also crunchy, the Farmers Almanac said: “At first, biscuits were nothing but hard tooth-breaking lumps of flour and water, but eventually they evolved into the light and flaky tender-crumb variety made with baking powder that the American enjoy today. Popular across the country, this dish is a particular favorite in the Southern United States, and you’d be hard pressed to find a restaurant where it wasn’t on the menu.” The Farmers Almanac says, “Biscuits and gravy have been around as long as this country. Born of necessity and frugality, the dish seems to have become commonplace during the Revolutionary War. Biscuits and gravy answered the need for a hearty, high-calorie breakfast for people who worked hard, but didn’t have much money on hand.” 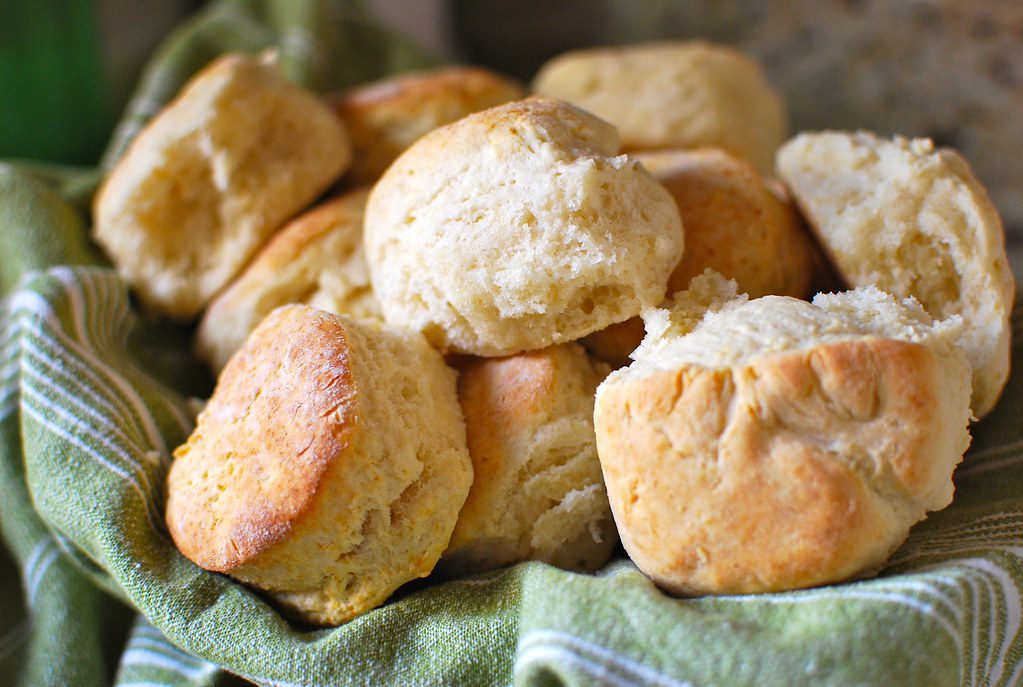 Gravy was made by adding milk or water to what was left in the pan after cooking meat as a way to stretch the meal, while biscuits could be made from a variety of ingredients that might be on hand. 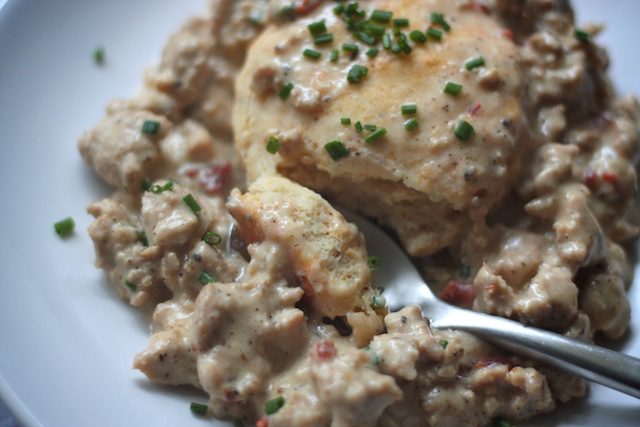 It’s easy to see why biscuits ‘n’ gravy is so loved – it illustrates the Southern theme of a simple life and brings the familiarity and nostalgia of a traditional family breakfast.