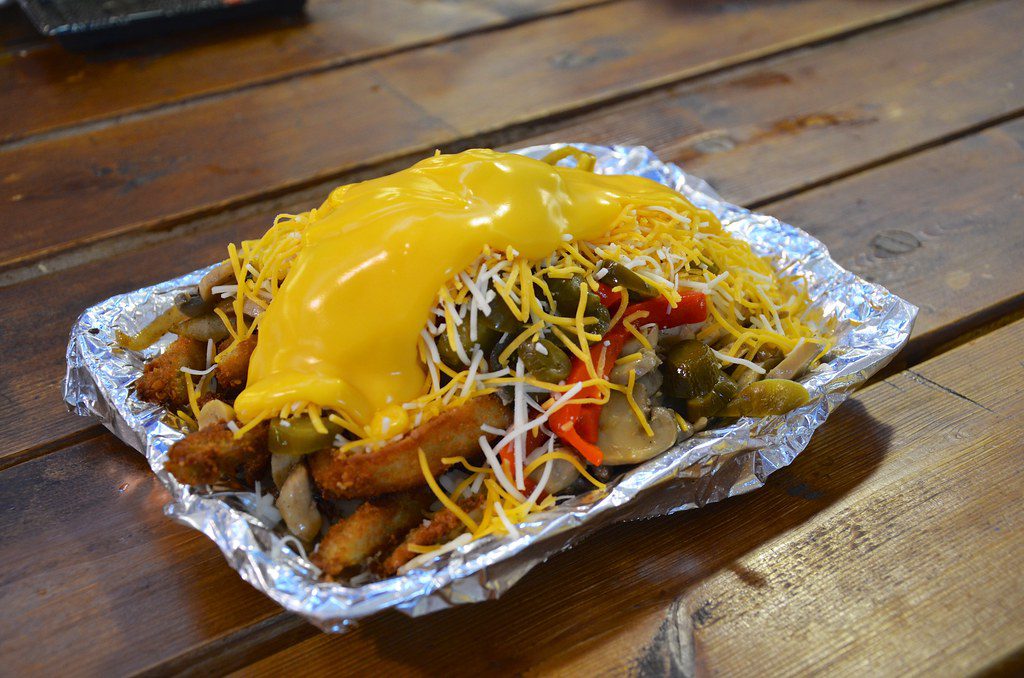 In 1918, Alexander Tahou opened a restaurant in Rochester called Hots and Potatoes.  On the menu was a dish that included just about everything the kitchen could cook — meat and potatoes with a few other things thrown in to make a one-plate meal that would really stick to your ribs.  Alexander’s son, Nick, took over the restaurant operations and updated the name to Garbage Plate. 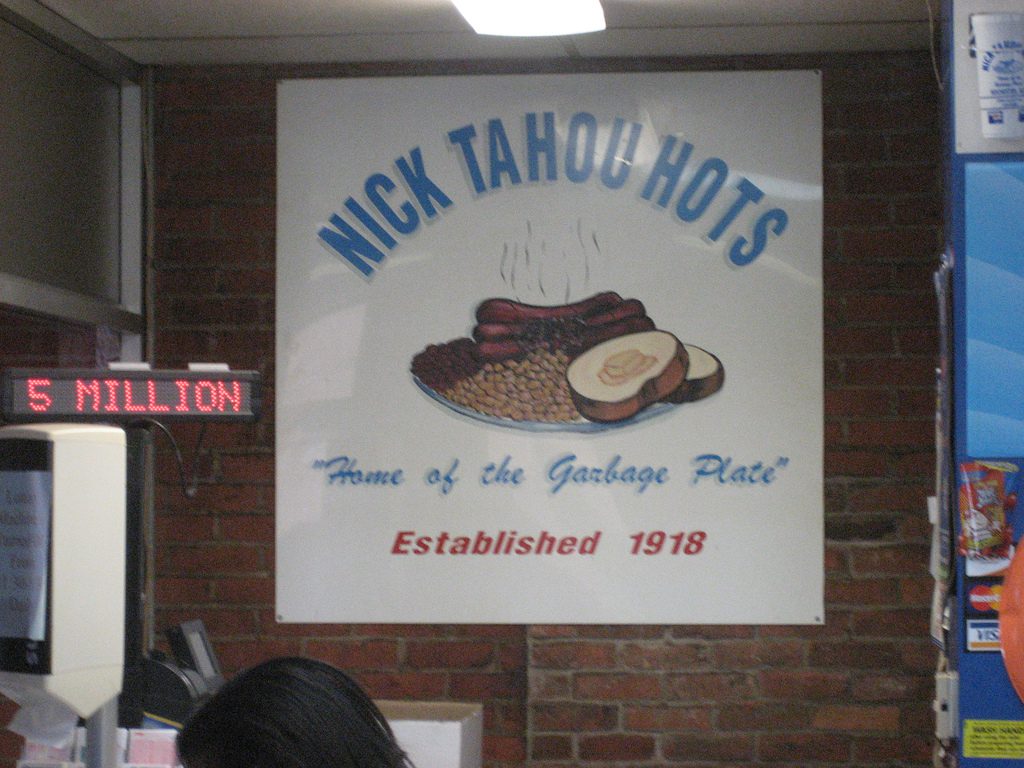 Legend has it that long-ago college students asked Nick Tahou for a dish with ”all the garbage” on it.  So, he concocted his original combo plate with two hamburger patties and a choice of two sides — usually some combination of home fries, macaroni salad, and beans.  The contents are often laced heavily with ketchup and hot sauce and mixed together before eating.  Rolls or white bread are served on the side.  By the 1980s, the place was a huge hit with the college crowd, and eventually, that meat and potatoes dish (or “hots and po-tots” as it was sometimes called) was dubbed the Garbage Plate.  In 1992, the name iwas trademarked. 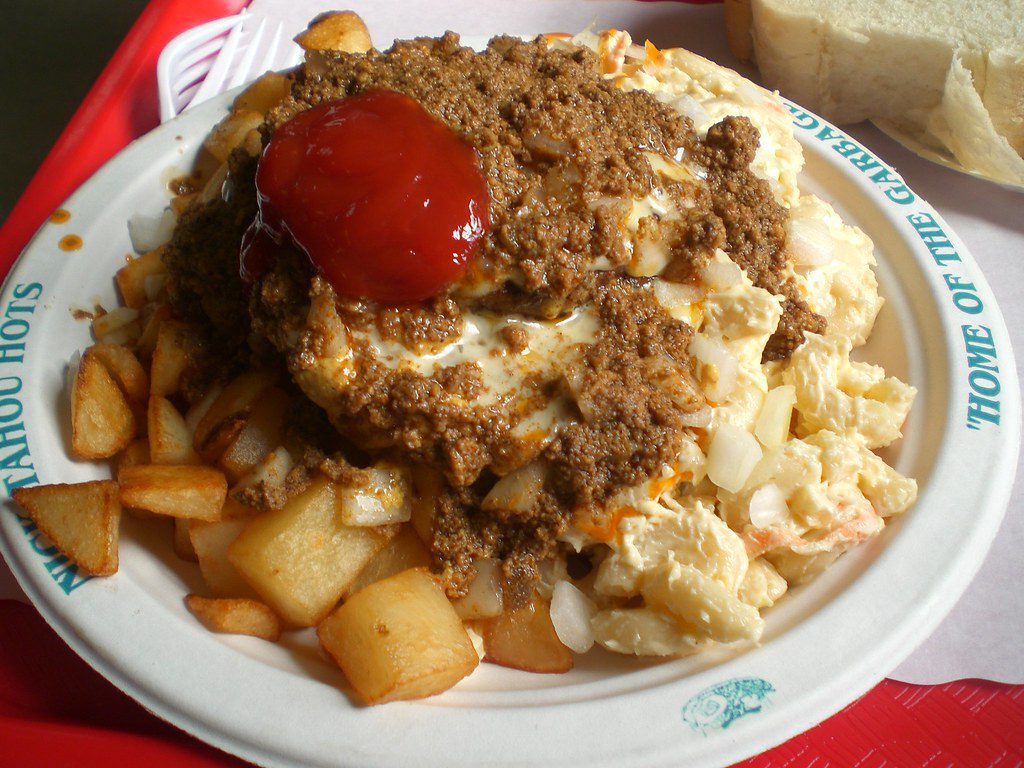 The Garbage Plate is considered a great late-night snack, and this restaurant is packed with diners from around midnight to 4:00 a.m.  Young college men living in Rochester, who like to have contests to see how much beer or food they can consume, consider the Garbage Plate a rite of passage from boyhood to manhood.

Restaurants all over the city serve many variations or imitations on this famous combo plate, but the original is the invention belongs to a downtown restaurateur named Nick Tahou.  Other restaurants in the Rochester area have tried to put garbage plates on their menu but have been legally enjoined to rename similar dishes they serve with names such as Dumpster plates, Messy Plate, Sloppy Plate, Dog Dish, and Plat du Refuse. Today, there are many different Garbage Plates served, such as cheeseburger, hot dog, hamburger, egg, sausage, and steak.  They all have the same base with half the plate piled with home fries, and the other half with a pile of macaroni salad.  Then comes whatever you order, such as eggs or burgers, placed on top.  Over everything are a couple of spoonfuls of onions and a glob of mustard.

According to whatscookingamerica.net. Source of photos: internet